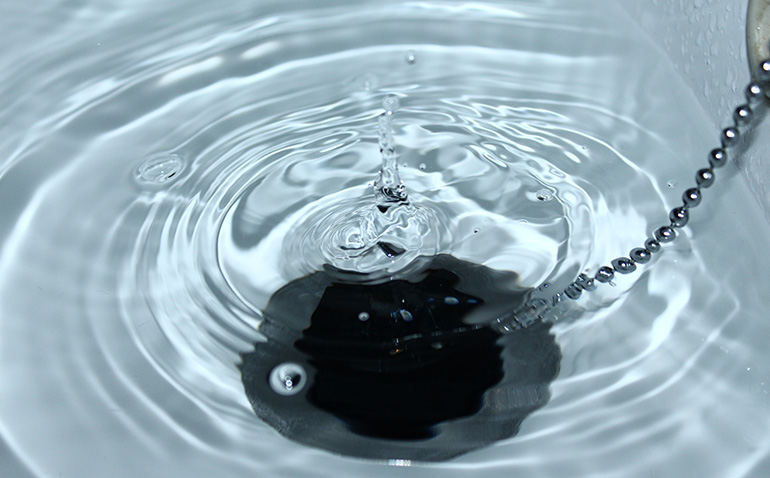 Since 2016, Bigger Pie (BPF) has warned repeatedly that water reaches the Lower Mississippi River (MSR) faster than it can get out to the Gulf of Mexico (GOM).  The yearly average water level has been rising from Vicksburg and going south to Old River Control Structure (ORCS), below Natchez.  Government data show this occurring in the low and high rainy seasons.  Since about 1950, the low water averages are 11 ft. higher at Natchez and 4 ft. higher at Vicksburg.  Flood water averages are higher for longer durations.

The 30-year daily average gauge reading at Natchez for 1990 – 2019 is 9 feet higher than the average from 1950-1969 (See Table 1).  Notice the upward trend in the gauge reading even as rainfall across the MSR Basin in the past 50 years has increased about 14% or about 4.5 inches per year, while low water at Natchez has increased 11 ft.  By averaging 20 and 30 years of data, the above or below average rainfall for a year or two becomes irrelevant.  Heavier rainfall is a small part of more frequent and longer MSR floods.  The bathtub (see “The River Stands Still”) that is the Lower MSR can’t drain, increasing the number and severity of floods.

Based on extensive research, BPF and Dr. Y. Jun Xu– hydrologist of Louisiana State University, have concluded that sedimentation in the MSR bed is reducing the flow rate year round but especially during flood conditions.  The channel just below ORCS has developed a massive 20-25 mile long and 50 ft. or higher sediment blockage, greatly reducing flow.  The river is backing up as noted above.  Manmade changes in the river, coupled with manmade changes across the entire MSR Basin result in faster water runoff.  An irresistible force meets an immovable object just below the ORCS on the west side of MSR across from the Mississippi and Louisiana state line.

BPF recently found two Corps. of Engineers reports detailing their 1973 MSR flood conclusions.  Why were 1973 flood waters so much higher than the 1950 flood at similar water flow rates?  The following is a quote from page 3 of their December 1982 report, “Analysis of Major Parameters Affecting the Behavior of the Mississippi River.”

“At the peak stage of the 1973 flood with the river approximately 10 ft. above

bankfull stage, computations indicated that the capacity of the river was about 15

The loss of capacity of the river amounted to about a 4.5-ft upward shift of

Isn’t it time to either remove the plugs in the Lower MSR or to open the other drain —Old River Control Structure?  Physical evidence shows the current Corps. strategy for MSR is yielding increased risk of “The Big One.”  There is a similarity between the Corps. electing to manage ever increasing water levels and Boeing deciding to build a less costly, unstable plane but manage instability.  Why not build a more inherently stable plane and why not focus managing lower water levels by getting water out of MSR reducing odds of “The Big One?”  Eventually, ever strategy reaches limits.  The best strategy grows and protects the farm but does not put it out of business when reaching strategy limits. 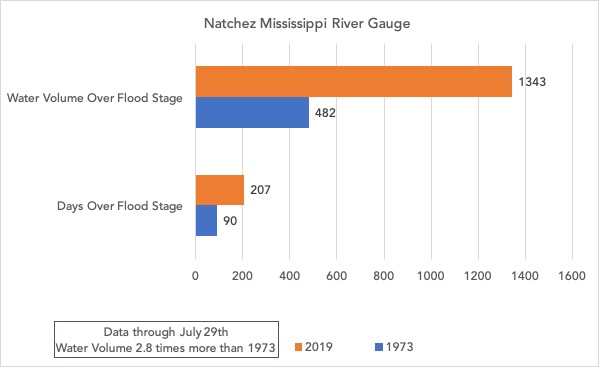