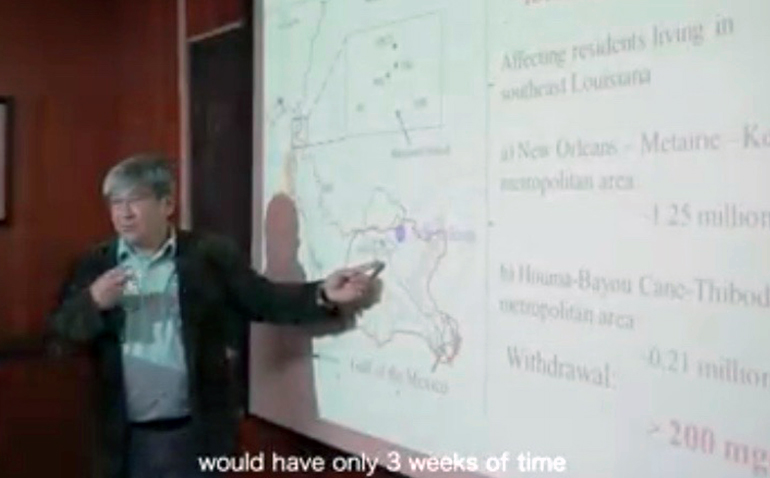 Dr. Y. Jun Xu, world-renowned hydrologist of Louisiana State University, explains how South Louisiana is on the verge of one of the worlds most detrimental natural disasters in history.