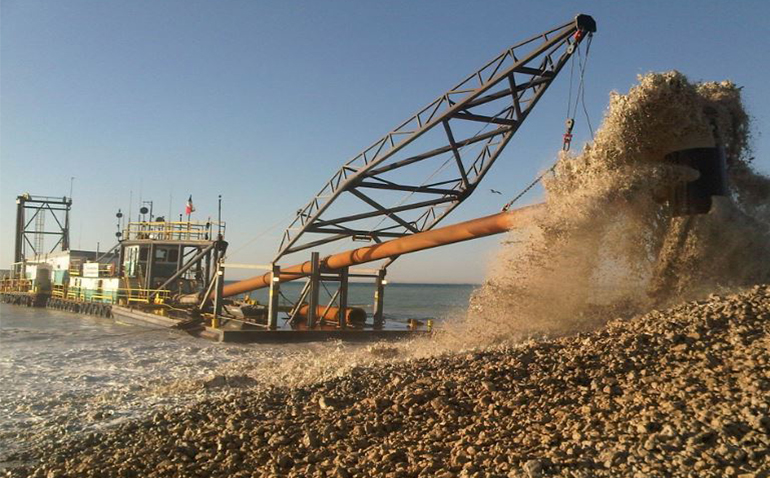 The Titanic ran into an iceberg.  And sank.  The US Army Corps of Engineers has run into a “Mudberg.”  And its reputation is sinking.  Mudberg is a thirty-foot-high mound of sediments in the Mississippi River above Baton Rouge that restricts its flow.  It slows the discharge to the Gulf of what were beneficial short, spring rises on the river.  And makes them long, destructive floods.

Mudberg is the result of Corps flood control efforts gone awry.  LSU hydrologist Dr. Xu says it could cause the Mississippi to change course during a high flood and flow down the Atchafalaya River to the Gulf at Morgan City, Louisiana.  That would leave New Orleans and Baton Rouge without a river and the US without its major transportation artery to the world.  It could be a natural disaster greater than the 1927 flood that put the Corps in charge of flood control.

The Corps flood control projects aren’t working as planned.  Probably because the river changed, but the plan didn’t.  They were supposed to speed floods to the sea and reduce flooding. Instead they have sped floods to Mudberg and increased flooding.

The projects began in 1928.  They included levees to contain floods, reservoirs to hold and gradually release floods, spillways to relieve floods, and cutoffs and other project to shorten and straighten the river and speed its flow. In the 1950’s, Congress decided the river was peas-porridge-just-right and passed the 1954 Flood Control Act to keep it the way it was in 1950.

But, the river doesn’t read the Congressional Record and Corps river control manuals.  It began to increase its flow down the Atchafalaya River and thence to the Gulf at Morgan City because it’s a shorter, steeper route to the Gulf.   The river obeys gravity, not Congress.  Water flows downhill.

The ORCC precisely controls the Mississippi’s flow by opening and closing gates.  It has more capacity and could easily increase the flow as the river rises.

But, ORCC doesn’t precisely control the distribution of sediments the river carries.  That’s harder.  It is so hard that three renowned experts couldn’t agree on ORCC’s design.  One was Hans Einstein, son of the famous scientist. They were concerned about increased sedimentation below ORCC — which has caused Mudberg.

While Mudberg was developing, the flow to it increased due to Corps projects to shorten and straighten the river and probably due to faster runoff from development in its watershed that drains 41% of the continental U.S.  The average flow has increased 30% or 172,000 cfs since the decade of the 1950’s. That’s twice the average flow of the Missouri River.  But the discharge decreased.

Mudberg took fifty years or so to develop.  But time is nothing to the river.  As Mudberg rose and slowed the flow, marshes at the mouth of the river subsided as more sediments fell in the slower river before reaching its mouth.  At the same time, marshes grew at the mouth of the steeper Atchafalaya from sediments carried by its faster flow.  Sediments flow downhill too.

So, the increased flow downriver from normal rainfall and bottlenecks due to Mudberg and the 23% limit at ORCC have produced a cluster of abnormal floods — four of the five highest floods ever since 2008. They are called hundred-year floods. This means they should happen once in a hundred years.

The probability of a cluster of four hundred-year floods within eleven years is one in 325,000.  It could be coincidence.  But alarming trends suggests it’s not.  The river has been above flood stage at Natchez nine of the last eleven years vs. once every 6.5 years 1940-1972.

The Corps has triaged 900,000 acres of private land inside the levees from Greenville to Baton Rouge to park the floods for months while they slowly drain.  They cause backwater floods, irreversible environmental damage, and crippling economic losses.   But the Corps says they are non-events because they are inside the levees.

Flooded landowners despair while the Corps ponders over sediments and defaults to the status quo.  Meantime the river looks to break free.

But, the Corps won’t act because it can’t predict how more flow will change the distribution of sediments.  It could benefit the Atchafalaya marshes.  It could hurt the marshes below New Orleans. (But sediments aren’t getting there now anyway.)

Some in the Atchafalaya basin say more flow would help — but not too much more.  Projects to discharge more flow there would increase the volume of flow that’s beneficial. Most would probably agree it’s better for the Corps to send more flow through ORCC under control than for a levee break to send it all — out of control.

It’s hard to change the status quo with such competing and conflicting interests.  But the threat to the nation’s economic infrastructure is too great to do nothing.  Not to mention life and death consequences for those in the path of a course change.

We need leaders.  To lead. Now.