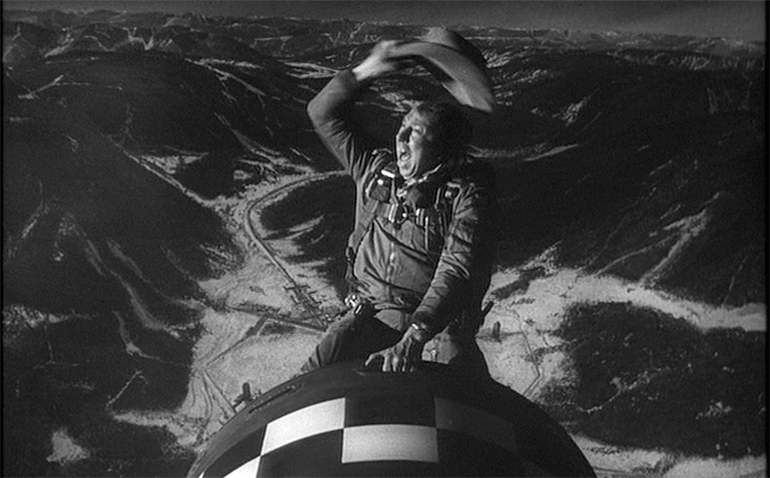 At the height of the nuclear arms race, the US and the old USSR reached stalemate.  Mutually Assured Destruction.  Each side could destroy the other.  So, neither launched the first missile.   Both eventually reduced their arsenals.   No nuclear disasters so far.  (“Dr. Strangelove” was fiction.)

There is an older arms race that’s not over, however.  It could end in disaster.  It’s between the US Army Corps of Engineers and the Mississippi River.  It started in 1928 when Congress told the Corps: no more levee break disasters like the 1927 flood.  There have been no disasters so far.  Or epic rains — that caused the flood.

The Corps has spent $14 billion on flood control projects and says it has prevented a trillion dollars of flood damage.  But even without epic rain, floods are getting higher, more frequent, longer, and more dangerous.  Four of the five highest floods at Natchez happened in the last eight years.  The river has been above flood stage eight of the last ten years vs. once every 6.5 years 1940-1972.

The river has not reduced its arsenal.  It has risen ten feet since 1972.  Levees haven’t.  The river is winning.  It’s not deranged like the mad general who triggered the Doomsday Machine.  It’s just flowing to the Gulf.  If it got there faster, it would be lower.  And flood less.  Congress and the Corps slow it down.  That does seem deranged.

Politics and the Folks Downriver

But it’s just politics. The Corps master plan includes levees to contain the river, projects to shorten, straighten and speed it to the Gulf, and spillways to release floods that threaten levees.  Flow has increased due to development upriver, and a slight increase in average rainfall.  The greater flow gets to the bottom of the river faster than it gets out to the Gulf.  So, the river rises.  Part of the plan works.  Part doesn’t.  Part is missing.

A floodway is missing.  It was to send flow from the Mississippi (near Greenville) to Morgan City, LA via the Red and Atchafalaya Rivers and reduce the flow reaching the bottom of the river.   In 1935, farmers in Arkansas and Louisiana killed it because they would flood more.  Today, farmers in Mississippi flood more.

A million acres inside the levees floods every year now.  Another half million acres floods when Yazoo backwater can’t flow into Mississippi.  Mississippi’s senators supported the Yazoo Backwater Pumps (another missing part of the plan) to pump backwater into the flooded Mississippi (and make flooding worse downriver).  However, the pumps weren’t funded in the recent omnibus budget.  Maybe pump supporters will now address the cause of the frequent floods.

Discharge the Flow – Before it’s too late

How to slow the rising river and reduce the frequent floods (now upriver to Greenville)? Discharge more water.  Where?  There are only three places to do it: The Bonnet Carré and Morganza Spillways and the Old River Control Complex (ORCC).  The spillways are opened only to protect New Orleans and Baton Rouge.  They are antiquated, slow, have limited capacity, little effect upriver, and are rarely used.

This leaves the ORCC.  It can reduce flooding up and downriver.  It has more capacity than both spillways combined.  It’s quick and easy to operate.  The Corps varies its discharge hourly to limit the Mississippi’s flow into the Atchafalaya River and thence to the Gulf at Morgan City and maintain a 70-30 split of the combined flows of the Mississippi and Atchafalaya Rivers to the Gulf.

The 70-30 split sends 23% of the Mississippi down the Atchafalaya — same as in 1950.  It’s not enough now to discharge the faster flow and keep the river from rising.

Drowning in the Flood Control Act

The Corps modeled the 2016 flood to see if more flow down the Atchafalaya helped.  It did.  Increasing the split to 50-50 lowered the crest eight feet at Baton Rouge, two feet at New Orleans, and two feet at Natchez.  Why not lower all floods?  The 1954 Flood Control Act prevents it.

Why doesn’t Congress change the 1954 FCA?  The Corps says it’s not necessary.  The river is under control.

Stalemate?  LSU hydrologist Dr. Yi-Jun Xu doesn’t think so.  He says sediments have raised the river bottom 30 feet near Baton Rouge and reduced its capacity.  He says a major flood could cause the river to change course down the Atchafalaya.

What if a flood tops the levee sending the river down the Atchafalaya to the Gulf at Morgan City?  Irreversible?  Probably.  That route to the Gulf is shorter and downhill all the way.  Gravity makes water run downhill.

The old channel at New Orleans is higher and almost flat.  It has silted in since the last course change some 800 years ago.  The channel has changed every 800 years or so for the last 8000 years.  It’s about time for another change.  Gravity is inexorable.

It wouldn’t be a Doomsday Event.  But it would cause Baton Rouge and New Orleans to become stagnating cities on a salt water estuary.  And turn Morgan City into the New Orleans of the future — after massive disruptions of the nations’ commerce and billions or trillions in infrastructure investments.

It’s inevitable.  Can the Corps delay it?  Maybe.  How?  Discharge more flow at the ORCC.  Lower the river and reduce the frequency, duration, and height of floods and risk of a levee break.  The higher and longer the flood, the greater the risk.  Less frequent, lower, shorter floods will also cause less damage to a million acres of batture and a half million backwater acres.  And reduce flood risk at Baton Rouge and New Orleans.

What’s the downside?  More water and more sediments down the Atchafalaya.  Good or bad?  Depends on who you ask.

Either way there will be winners and losers.  And opposition to change.  Where do Congress and the Corps come down?  Do nothing — until public opinion changes.

And hope that a major flood doesn’t happen before then.  Or before the next election or promotion.