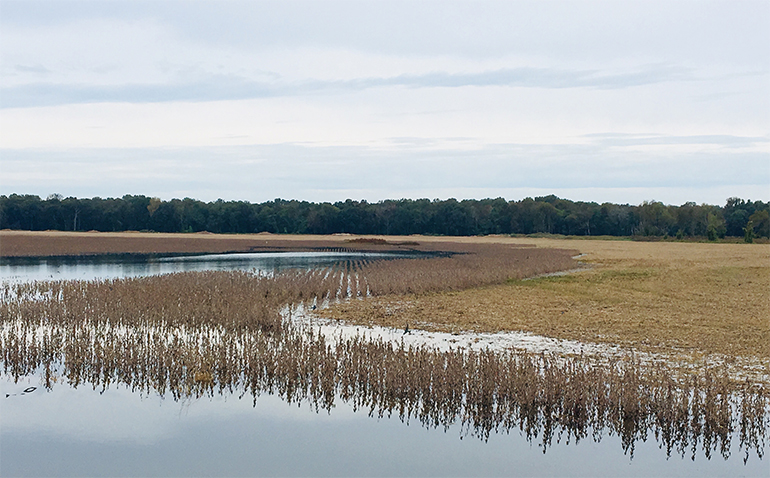 Albert Einstein said: “Insanity is doing the same thing over and over and expecting different results.”  You could say the Mississippi River Commission (MRC) is insane. It built levees to control floods from 1879 to 1928.  The great flood of 1927 showed that “levees only” didn’t work.  So, Congress tried something different.

It authorized the Mississippi Rivers and Tributaries Project (MR&TP) to add other flood control projects (e.g., floodways, reservoirs, cutoffs).  It put the US Army Corps of Engineers (Corps) in charge.  But nothing really changed.  The Corps and the MRC built more levees.  And higher levees.  And floods today are higher, longer and more frequent than ever.

About two million acres from Baton Rouge to above Greenville floods.  The Corps says these floods are “non-events” and ignores their damage.

They are not non-events for flood victims.  We started calling attention to them after a “freak” 2016 winter flood closed the Mississippi deer season.  There have been three other freak floods since 2008.  All were one-in-a-hundred year flood events caused by variations in normal rainfall — not epic rains like the 1927 flood.  All were higher than the 1927 flood.  The odds of a cluster of four freak events in eleven years are one in 325,000.  They weren’t coincidence.

We think the MR&TP turns normal rainfall into hundred-year floods and that more major floods are likely.  LSU hydrologist, Dr. Xu, says a major flood levee break could the send the Mississippi River down the Atchafalaya River to discharge all its flow to the Gulf at Morgan City, Louisiana.

That would leave New Orleans without a port, Baton Rouge without a ship channel, and the US without ocean access for ag exports. If you were ever at Café du Monde in New Orleans and looked up at a ship on the other side of the levee, you can understand why the Mississippi will change course.

The ship towers high on the river which slowly meanders and drops sediments from Baton Rouge to Head of Passes where about 75% of its flow empties into the Gulf.  The river bed requires constant dredging.  The other 25% empties into the Gulf at Morgan City, Louisiana via the Atchafalaya River.  It’s a much steeper shorter route to the Gulf.  It’s downhill all the way.  It doesn’t need dredging.

The river flows swiftly downhill to Morgan City. It will eventually discharge there. (The river has changed course about every 800 years to find the shortest steepest route to the Gulf.)  It has found it.  It’s waiting for a major flood and levee break to take it.

The Mississippi was changing course back in the 1960’s when 35-40% of it flowed down the existing Old River channel north of Baton Rouge to the Atchafalaya to Morgan City and kept the river from rising. The Corps feared it would increase to 100% and be irreversible.  So, the Corps dammed up Old River, built the Old River Control Complex (ORCC) to control the flow, and cut it back to 23% (now about 25%).

Naturally the river rose and flooded more.  If you pour water into in a bucket faster than you let it out, it overflows.  If the bucket’s half full when you start, it overflows sooner.  The river channel is the Corps’ bucket.  Flood control projects pour more water into it.  The Corps could reduce flooding if it let more water out at ORCC.  ORCC has the capacity.  But politics won’t allow it.

Fifty years of more flow downriver and less discharge to the Gulf produces today’s abnormal floods.  The Corps says they are due to more rain — but refuses to discharge more flow.  Note rainfall has increased only 13% since the 1950’s while flow downriver has increased 30%.  The Mississippi has been above flood stage at Natchez eight of the last ten years vs. once in the 1950’s.

How did Congress set the Mississippi’s flow down the Atchafalaya at 23%?  That’s what it was in 1950 — which Congress decided was a very good year for river flows and sediment distributions.  Congress ignored Mark Twain’s advice not to hem up the river and passed the 1954 Flood Control Act to do that.  The river ignored Congress.

Result: the worst floods in 500 years according to a study by Woods Hole Oceanographic Scientist published this April in Nature International Journal of Science — one of the world’s most reputable multidisciplinary science journals.  They conclude that 75% is due to flood control projects and 25% to weather based on analyses of flood sediment cores, tree growth rings, and weather cycles going back 500 years.

We think flood control projects cause bottlenecks on the lower river causing it to rise and flood more.  Congress created one at ORCC that restricts flow to Morgan City.   Mother Nature created another below ORCC.  It restricts flow to New Orleans.  The channel there is 2500 feet narrower and 30 feet shallower due to sedimentation (related to ORCC).

Abnormal floods may also be due to dikes and other training structures to enhance navigation.  Southern Illinois University hydrologist, Dr. Pinter, says these Corps projects make floods longer and higher.  The resulting flood damage prompted “takings” litigation filed this August in the US Court of Claims on behalf of flood victims between St. Louis and Cairo.

The river is usually low in the fall.  But it reached 42 feet at Natchez this month and flooded unharvested crops.  It has risen steadily since the 1950’s when the highest fall crest was 28 feet.  The bucket is full.

It doesn’t take a genius to foresee more freak floods.