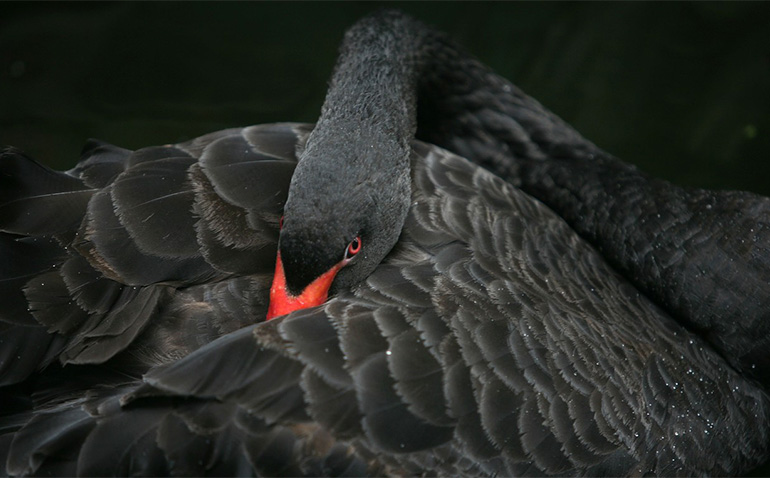 In Hindu mythology, the world rested on the back of a great turtle which rested on another turtle.  And so on.  It was turtles all the way down.

In the case of Mississippi Power’s Kemper County Lignite Plant, PSC bureaucrats repeatedly defaulted to the original political decision to bet billions on an unworkable experiment to gasify lignite. As a result, Mississippi Power’s customers pay more for electricity than anyone else in the state.

In the case of Mississippi River floods, MRC and Corps bureaucrats default to the 1928 Mississippi River and Tributaries Project flood control plan even though it causes record floods — the worst in 500 years according to a recent study by Woods Hole Oceanographic Institute scientists.

The record floods have been contained by the levees and hills that have bound the river — so far.  When no levee failures occurred this year, the General responsible for flood control called the third highest flood ever at Natchez a “non-event” — although it flooded almost a million acres of private land inside the levees and hills.  Some of it for months.

In both cases, bureaucrats deferred to politicians. Fortunately, in the case of Kemper, two new politically independent Commissioners were elected who didn’t defer to politicians.  They changed the status quo.  And saved Mississippi Power’s customers billions.  Let’s hope the PSC stays politically independent long enough to lower rates for all customers.

The MRC’s seven members are appointed, not elected. This seems to perpetuate the status quo. Terms are four years for the four military members and nine for the three civilians.  But their decisions take decades to play out and have long tails.

Flooding today is caused by the MR&TP master plan adopted 90 years ago and by decisions of long dead commissioners and politicians.  The river changed.  But the plan didn’t.  There are engineering solutions to the long tail problems.  But no easy political solutions.  So, commissioners kick legacy problems down the river and default to the status quo.

Four of the five highest floods ever have happened since 2008.  The river has been above flood stage at Natchez eight of the last ten years vs. once in the 1950’s decade.  That’s when Congress decided to keep the river the way it was in 1950.  It’s 1954 Flood Control Act ordered the Corps to send 77% of the Mississippi’s flow to the Gulf at New Orleans and 23% at Morgan City via the Atchafalaya River.

It was like King Canute ordering the tides not to rise.  With the same result.  That decision has a long tail.

The river’s flow changed despite the order. It increased 30% (equivalent to two Missouri Rivers) primarily due to Corps flood control engineering.  The increased flow can’t get out to the Gulf through the 1950 openings.  Naturally, the river backs up and floods more.  That shouldn’t surprise anyone.  Especially the Corps and the MRC.

The master plan included floodways to discharge floods and prevent levee breaks like those in the disastrous 1927 flood. But politicians killed planned floodways in Arkansas in 1935 when farmers objected.  Louisiana farmers and politicians objected too.

The Corps went ahead anyway with cutoffs to “speed floods to the sea” without the floodways to release them.  Naturally, the river rose.  But it released itself via a natural relief valve — Old River connecting to the Atchafalaya River and thence to the Gulf at Morgan City.  By 1964, over 35% of the Mississippi was flowing to the Gulf at Morgan City.  It was changing course down this shorter steeper path.

So, the Corps dammed up Old River, replaced it with what is now the Old River Control Complex (ORCC), and cut the Mississippi’s flow there to 23% — what it was in 1950.  ORCC can discharge much more.  But it doesn’t.  It’s a bottleneck.

The bottleneck causes long, high floods which drop sediments and sand that damages woods and farmland inside the levees and clogs the river bed.  Another bottleneck has formed just below ORCC.  LSU hydrologist Dr. Xu says a 30-foot-high mound of sediments and a 2,400-foot narrower channel there slows the Mississippi’s flow.

What are the odds of a major flood?  Trends are ominous.  There have been four one-in-a-hundred-year floods in the last eleven years.  Odds are 325,000 to one — that’s not coincidence.  Average rainfall has increased just four inches (about 8%) since 1950.  It’s probably the bottlenecks.

One bottleneck is political.  One is nature’s response to Corps engineering.  Why not relieve them, shorten the floods, and reduce risk of levee failure and course change?

It’s easy to relieve the political bottleneck. Just open the gates at ORCC.  But that means change, political fights, and career risk for bureaucrats.

There’s no obvious practical solution for the engineered bottleneck.  The default solution is dredging.  But the river drops sediments faster than dredges remove them.

So, bureaucrats ignore the bottlenecks, declare 900,000 acres flooded inside the levees a non-event, default to dredging and raising levees — and hope no Black Swan (a rare event with extreme consequences) happens on their watch.