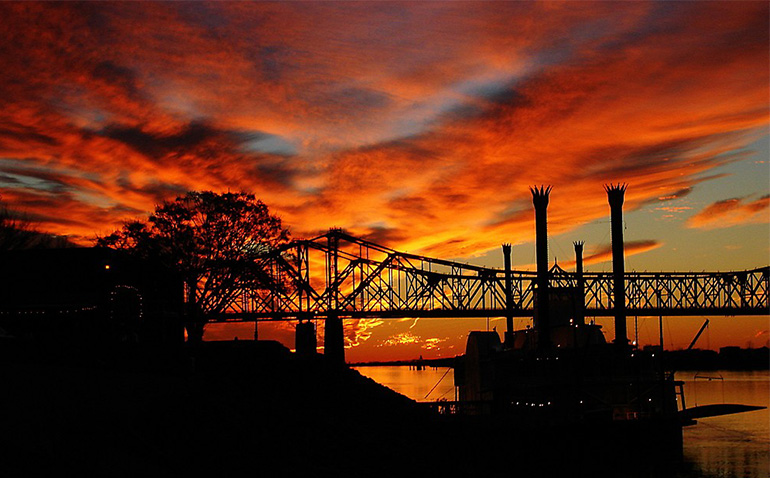 If there were a Hall of Infamy for Mississippi River Floods, 2019 would certainly be the in the top 1 or 2 of the past century.  Thankfully, most of the levee system held so 2019 was perhaps not as dramatic as 1927 but damage was widespread and extensive.  Higher water for longer equals higher odds of greater damage and loss in the future.

Natchez is the last major river gauge north of Old River Control Structure (ORCS) where 23% of the Mississippi River (MSR) is diverted into the Atchafalaya River basin.  That diversion results in slower flow in the Mississippi south of ORCS, increased soil sedimentation and restricted flow.  That restriction is causing water to back up to the north.  Natchez is the canary singing “Ole Man River’s Changing.”  The average annual river level is now over 10 feet higher than in the 1950s.  Rainfall across the entire basin has increased about 7%.  The Lower Mississippi River has less capacity to handle increased flow and the capacity decreases with each high water event—high water equals more soil, equals more sedimentation at ORCS, equals more backup, equals yet higher water levels, equal more risks of major system failures.

Even if August through December 2019 has unusually low rainfall across the MSR, the river at Natchez will still set a record for the past century for average water height for the entire year.

Final rainfall data for the entire MSR basin is not yet in.  When it is, we’ll give an update on the records of the 2019 Flood.

Note (1): Water Volume over Flood Stage is a measure related to acre feet of water OVER flood stage that flowed past Natchez.  The higher the water the more the figure understates the increasing volume of water due to widening of the area the water spreads over.  Water over flood stage was at least 283% as large in 2019 as in 1973.