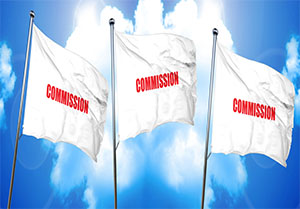 Southern has thrown in the towel on its Kemper County Lignite Plant.  Its wholly owned Southern Services Company could not finish the plant’s experimental gasifier.  And its wholly owned Mississippi Power sub couldn’t get it to produce synthetic natural gas from lignite.  So Southern will write off $7+ billion.

And customers won’t pay for any of the gasifier.  PSC commissioners recently voted unanimously to make the company pay.  They voted against further rate increases and may reverse earlier ones.  Looks like the PSC is now regulating to protect customers — after seven years of favoring the company.

What happened?  Public opinion changed.  And changed two commissioners at the PSC.  So the PSC’s decisions changed.  What was politically acceptable became unacceptable.  Policy wonks call that moving the “Overton Window.”  What moves it?  What changes public opinion?

Events and facts can change it — if they are accurately reported.  That’s a big if.  Fake news and spin hides failures and distorts facts.  The Big Lie works.  Tell it often enough and enough people will believe it.  It helps if popular politicians tell it.  Some did.

The Big Lie worked for Southern for years.  We started writing about Kemper’s failures in 2012.  Mississippi’s leading newspapers air brushed or ignored them and were rewarded with advertising.  (Notable exception: The Northside Sun.  It reported facts and received no advertising.)

A Big Lie tactic is to attack the source of damaging facts.  Ashby Foote and I were personally attacked in newspaper ads and radio spots.  We were called shills for the natural gas industry.    Bigger Pie was called “Bigger Lie.”

So what could change the MRC?  Maybe nothing.  We are probably tilting at a windmill (or a tank).  It seems invincible despite its flood damage to land unprotected by levees.  So does the US Army Corps of Engineers (the Corps) which does its work.

This unprotected land seems expendable — collateral damage from changes to the river and the MRC’s blind obedience to 1954 “orders” before the river changed.  Not to worry that 1.5 million acres along 400 miles of the river from Greenville to New Orleans are flooding.  Just blame it on “orders” and soldier on.  What do civilian landowners know anyway?  Just politely pet them on the head.  The MRC has experts.  The Corps has more.

We thought we were tilting at a windmill taking on the mighty Southern Company.  It has experts.  But they couldn’t solve Kemper’s problems.  Management finally couldn’t hide the failures.  They were too big.  They will ultimately hurt only Southern’s shareholders.  Poetic justice.

That’s not the case with the MRC’s failures.  They hurt innocent flood victims who pay for its damage.  They are mostly private property owners.  But the damage flows (no pun) through the economy and reduces private investments and tax revenues.  The MRC stonewalls these failures and touts billions saved by the MR&TP from prevented flood damage to land protected by its 3500 miles of levees.

But what if a levee breaks?  Say at Baton Rouge?  Record floods threatened levees there in 2011 and 2016.   Conditions that cause unprotected land to flood also cause floods that endanger levees.  A levee break might move the Overton Window and change public opinion — and the MRC.  Could it happen?

It’s probably just a matter of time.  Why?

The Mississippi River stage trend line has risen five feet at Baton Rouge and 10 feet at Natchez since 1950.  It continues.   Are levees rising as fast?  Crests are above tend line about half the time.  Do levees have enough lagniappe?

The river started to rise in 1972 — probably due to delayed effects of Corps changes to shorten, straighten, channel, and contain the river to speed water to the Gulf and reduce flooding.  But the changes made flooding worse.   The Lower Mississippi has been above flood stage eight of the last 10 years vs two years from 1950 to 1972.

The Corps changes sped water to the lower river, but not all the way to the Gulf.  New Orleans receives 77% of the flow.  It’s a bottleneck.  So the river rises.  It won’t stop until something relieves the bottleneck.  Or the river goes around it.

The Corps could relieve the bottleneck if the MRC would let it.  The other 23% of the Mississippi discharges at Morgan City/Wax Lake, Louisiana, via the Atchafalaya River.  The flow splits at the Old River Control Structure (ORCC) north of Baton Rouge which the Corps operates.  The ORCC and the Atchafalaya can discharge much more flow, eliminate the bottleneck, relieve floods, and lower the river.  But the MRC won’t let it.

The MRC’s deference to outdated “orders” is understandable.  It has seven members: three generals and an admiral and three civilian presidential appointees (none from Mississippi).  The president is a Major General.  He outranks the other officers.  The military follows orders.

Two long serving civilian members have presided over the rising river.  They seem complacent about it.  The newest civilian member missed the MRC’s April hearing in Baton Rouge where flood victims urged the MRC to remove the bottleneck.

The MRC may not change until some members change.  Or congress tells it to.  Hurry, please.