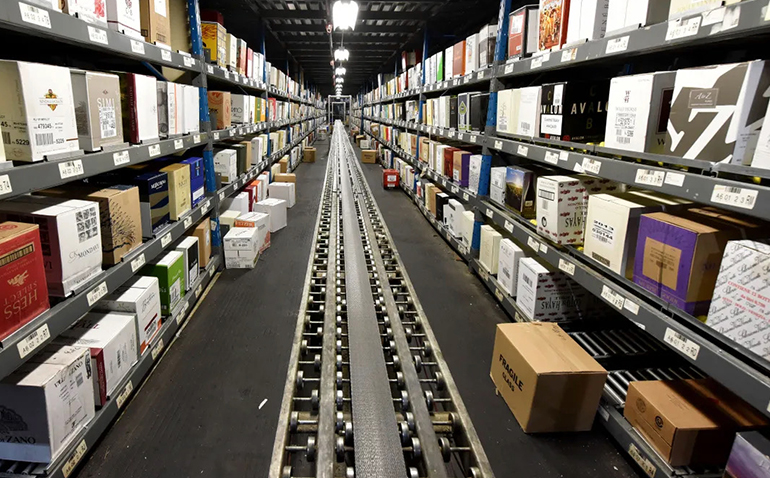 The recent issues with the Alcoholic Beverage Control (ABC) warehouse and distribution system are just another example of why the government is a poor substitute for the private sector.

Mississippi is one of 17 control states nationwide, which means the government has a monopoly on at least one of the three categories of alcoholic beverages (beer, wine and spirits).  Some even have retail outlets.

Mississippi’s ABC distribution system, like many other states, was hit with a COVID-19 related surge in alcohol sales that it was ill-equipped to handle.  When the warehouse fell behind getting orders to retailers, the ABC proposed ceasing the taking of new orders until it eliminated the backlog.  While the ABC walked back the proposal after outcry from retailers, it’s hard to imagine FedEx or the United Parcel Service doing a similar move.

The problem is government.  Whereas FedEx and UPS hire seasonal temporary workers to handle the holiday rush, ABC is limited by its budget constraints. Once its funds for overtime are expended, the warehouse is limited to normal business hours.

The ABC is also desperately looking to hire more warehouse workers and having to compete against Amazon and other companies in Mississippi whose pay and benefits are superior along with better work conditions (the ABC warehouse is largely un-air conditioned).

Mississippi taxpayers own a 212,000 square foot warehouse in Gluckstadt (built in 1983) that is hopelessly out of date with modern logistics.  To bring the warehouse up to specs would cost $14 million for the first phase, which would overhaul the existing warehouse by adding climate control (only 25,000 square feet of the warehouse has this feature) and new package handling equipment.  Adding 100,000 square feet of floor space to the Gluckstadt facility would cost an additional $20 million to $30 million.

A new state warehouse would cost even more, with the state Department of Finance and Administration estimating that a new facility would cost between $48 million and $80 million to construct.

The question that wasn’t asked at Tuesday’s hearing by lawmakers on the ABC Task Force was whether a new warehouse will be enough to meet future demand.  In 2002, according to records from the Mississippi Department of Revenue, the state took in $59.7 million in profit from distribution of and taxes on alcohol.

As of last fiscal year, which ended June 30, the state took in more than $129 million, an increase of 118 percent.

Building a new warehouse or upgrading the existing relic are simply putting a decade-long band aid on a problem that will emerge again in a decade or even less.  And while the warehouse is being upgraded, there will be some hiccups in the distribution system, likely worsening the backlog of undelivered orders.

The easiest solution would be to privatize the distribution of spirits and wine in Mississippi, but the state coffers would lose out on $94 million annually and likely force lawmakers to increase excise taxes on alcohol to compensate.

Even removing wine from the state’s distribution network would come at a cost to the state in terms of revenue.

The best solution is to involve the private sector and bring the logistics knowledge that powers FedEx, Amazon and others to the state’s alcohol distribution monopoly.  There are two ways that can be accomplished, either by conducting a search for a concessionaire to manage the distribution and shipping or by spinning off ABC’s distribution operations into a state-chartered corporation much like the Mississippi Lottery Corporation.

Both would be costly to the state’s bottom line, but with the profit motive and performance bonuses spurring innovation, it’s very likely that retailers would see a much more efficient system.

The state would also save personnel costs annually as the concessionaire would likely run its warehouse or warehouses with a much smaller workforce than the state does.

The Legislature has a choice.  It can go the path of least resistance and just provide the ABC with more money to upgrade the existing warehouse or appropriate even more to build a new one.

Lawmakers could bring the advantages of private sector logistics with either a concessionaire or a state-chartered corporation, both of which would preserve the present system’s advantages to existing retailers while adding more efficiency to the equation.

The least likely path is pure privatization, but removing state government from the business of distributing a legal product makes the most sense.  Government needs to stay in its lane and focus on core functions such as policing and infrastructure.  Doing so would likely provide more choices for Mississippi consumers, who now are limited to what the ABC presently carries in stock barring a special order from a retailer.