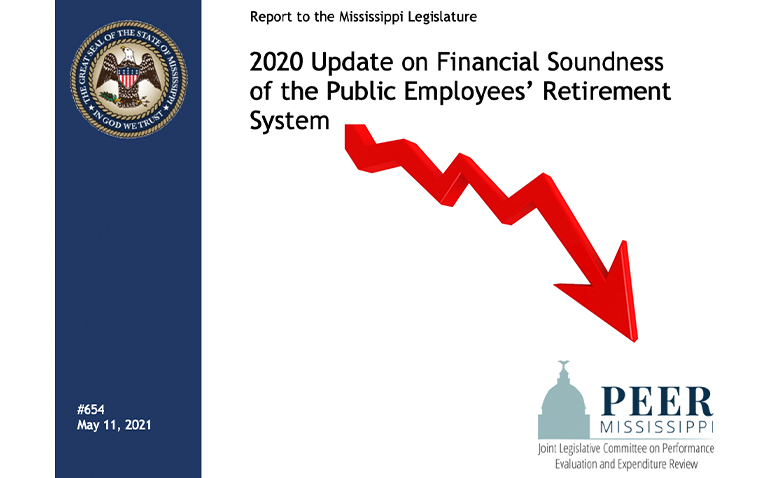 The Public Employees’ Retirement System of Mississippi (PERS), which covers most state and local government employees, has been in financial jeopardy since the early 2000s, when the post-9/11 downturn hit the plan hard.

Normally, the PEER report tends to be moderate in its analysis of PERS, but this one released on May 11 admits that demographics, lower than expected wage inflation by contributing members and lower than expected investment returns are combining to scuttle the plan’s bottom line.

According to PEER, during the past 10 fiscal years, the PERS annual payroll increase fell below the projected 3 percent rate calculated by the plan’s actuaries.  The rate for the past decade was 0.88 percent and this puts pressure on the plan’s unfunded liability, which is up to $19.4 billion as of the most recent comprehensive annual financial report (CAFR).

PERS analysts say that the most recent active contributor to beneficiary ratio is 1.34:1, higher than most pension plans nationwide.  The report does caution that continued analysis of the assumptions for demographics are warranted.  The number of retirees has increased nearly 37 percent since 2010, going from 82,096 to 112,441 in 2020.

The plan’s expected rate of return has been lowered three times since 1981 — when PERS began investing its money in the stock market — from 9.66 to 8 to the present rate of 7.75 percent.  The plan’s actuaries have recommended they be reduced even further.

According to the CAFR, the plan’s investment income decreased 49.6 percent compared to the year before and the plan’s net position was $27.8 billion, a decrease of $379 million (1.3 percent).

The report, which covered the plan’s status as of June 30, 2020 also says that three of the plan’s metrics are in either territory approaching a policy change by the plan’s governing board or are already at that point.

The PERS’ governing board uses a signal light method to denote whether a change in funding policy is required.  For funding ratio, the plan’s 67.6 percent (fully funded by 2047) draws a yellow caution light, as does the cash flow as a percentage of assets (negative 6.2 percent).

The present rate is 17.4 percent, but to have the plan reach 100 percent by 2047, the actuaries recommended that the contribution rate be increased to 20.5 percent (if the 7.5 percent investment expectation is used) or 22.25 percent (if the board decides to lower it even further to 7.25 percent).

While the Legislature would have to appropriate the additional funds, the increase would also hit city and county governments.  The last rate increase in 2018 cost the state an additional $73 million and the local governments $25 million.