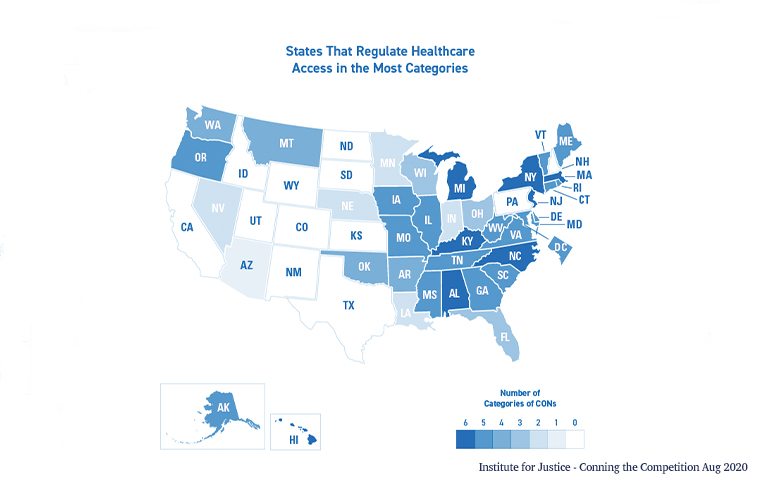 It’s high time that the state Legislature perform a whole body checkup and diagnostic exam of Mississippi’s Certificate of Need program.  If it doesn’t, another year will pass with those anticompetitive laws still on the books.

Mississippi is one of 35 states that require a Certificate of Need (CON) for healthcare providers.  They must receive approval from the state Department of Health to build a new facility, add beds or diagnostic equipment to an existing facility, or even when a capital project goes over budget.

Senate Bill 2160 would have eliminated the state’s certificate of need law and was authored by state Sen. Angela Hill, a Republican from Picayune.  However, the bill died in the Public Health and Welfare Committee this past week.

Existing healthcare providers benefit from the CON law.  So do attorneys, who are required to draft the paperwork to apply for a CON with the state Department of Health, which consults its Soviet-style central planning document known as the state health plan to decide whether to grant a CON.

When lawmakers talk about cutting billable hours, those whose practice is in the medical field will definitely take notice.

Federal court might be another avenue for those seeking to bring competition to the healthcare marketplace in Mississippi.  A lawsuit brought by the Mississippi Justice Institute in U.S. District Court of the Southern District of Mississippi seeks to end the decades-old law that forbids new home health agencies.  Since 1981, state law has forbidden new ones and if a company wants to start one in Mississippi, they’re forced to buy an existing CON from an owner willing to sell both his business and his CON.

Like a taxi medallion in a city who limits the number it issues to taxi companies, it becomes an expensive bargaining chip and gives those who benefit from the law a powerful incentive to keep the CON law on the books.

Even if the court sides with MJI, a decision would only affect the CON regime governing the home health agencies.

Mississippi should follow the example of Florida, which junked its CON program (starting July 1, 2019) for general hospitals, complex medical rehab beds and tertiary hospital services such as organ transplant centers.  Nursing homes and hospices are still governed under certificate of need laws in the Sunshine State.

Doing away with Certificate of Need laws would help bring better healthcare to rural areas and lower costs for consumers.