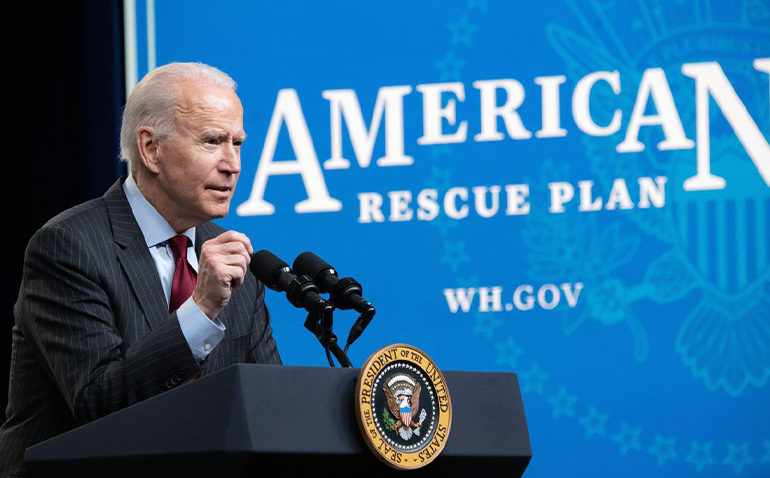 This upcoming legislative session promises to be a contentious but historic one as lawmakers allocate $1.8 billion in federal funds given to the state.

On December 2, President Joe Biden signed into law the $1.9 trillion American Rescue Plan (ARPA) Act, with Mississippi due to receive $1.8 billion of that.  Mississippi municipalities could receive more than $371 million according to estimates from the national lobbying group for cities, the National League of Cities.

The good news for Mississippi is this one-time infusion of borrowed dollars could help the state make huge strides with infrastructure repair and construction, especially when it comes to water, sewage and broadband.

Gov. Tate Reeves wants $200 million from the ARPA funds to be spent on broadband expansion.

Broadband is already a space where federal money is helping expand service to the underserved and the unserved.  The Federal Communications Commission has already provided grants for broadband providers to expand service to rural areas through its Connect America Fund.

This could have an economic impact as many city residents left for rural and suburban areas during the COVID-19 pandemic and could be lured to rural areas in Mississippi that had suffered big losses in the latest U.S. Census.

Sixty-four of the state’s 82 counties had at least some population loss and providing broadband service could be a powerful economic incentive.

Water and sewer infrastructure is another area where ARPA money could provide improvements for what Lt. Gov. Delbert Hosemann termed “transformational and generational.”

Jackson is an example of a city that has severe infrastructure needs, with $100 million needed to repair the city’s broken distribution system and $70 million for improvements at the city’s two water treatment plants.  Getting funds to cities like Jackson that are under U.S. Environmental Protection Agency scrutiny over their water and sewer systems could ease the financial burden imposed on residents.

Other cities have needs as well. The Mississippi Municipal League told the state’s Senate subcommittee on ARPA funds that a matching grant program would be helpful for cities and towns that need to replace aging pipes, such as those with lead issues.

Other funds could be used to help rural water associations improve service to their existing customers and extend service to those forced to use wells for their water needs.

This is a once-in-a-generation opportunity for governments to fix big systemic problems that have frustrated citizens for decades.  Lt. Governor Hoseman’s suggestion to focus on “transformational and generational” improvements is good advice.