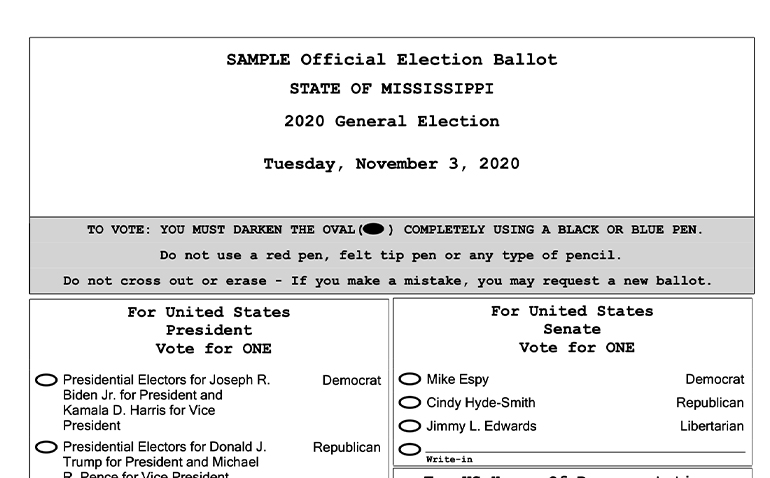 While the state flag and the medical marijuana initiative have received significant coverage in the traditional media and on social media, there is a third issue that has received very little attention.

Like Initiative 65 and Alternative 65A, “Measure 2” is a proposed amendment to the Mississippi constitution, though the ballot does not make that clear.  Unlike the 65/65A, the vote on this measure is a straight yes or no question.

Measure 2 proposes to change the process for choosing a governor or other statewide officer in a close race.

If no candidate receives a majority of the popular vote and the electoral vote, the House of Representatives chooses the governor.  This occurred after the 1999 governor’s race, where Democrat Ronnie Musgrove won the popular vote, but he and Republican Mike Parker each won 61 of the 122 House districts.  House members are not required to vote the way their district voted, and in this case, they voted overwhelmingly to elect Musgrove.

Last year, when many thought the governor’s race between Tate Reeves and Jim Hood might be close enough to trigger the provision to let the House choose the governor, a lawsuit was filed in federal court asserting that the electoral college-like provision violated the one person-one vote principle.  U.S. District Judge Dan Jordan seemed to indicate that he agreed with the plaintiffs, but rather than striking down the provision immediately, he said he would give the legislature a chance to fix it by proposing a constitutional amendment to change the process.  Measure 2 is the legislature’s response.

Prior to the current constitution, which was written in 1890, the popular vote determined the outcome, with the winner being the candidate with the most votes; a majority was not required, and thus there was no runoff.  The current provision regarding the electoral vote was included in the 1890 constitution and is considered to be part of the effort to keep a Black person from being elected governor.