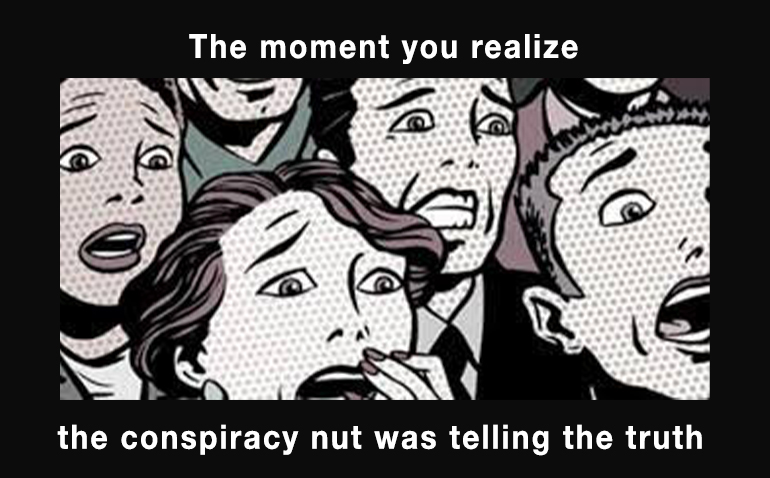 I don’t always respond to comments.  But when I do, it’s usually to dispel groupies’ myths about their demigods – like Dr. Fauci.  I’ve been accused of insufficient reverence for the leader of the pandemic* panic band.  After all, he’s a media rock star.  And he’s been chief bureaucrat at the National Institute for Allergy and Infectious Diseases (NIAID) forever and (with the President’s forbearance) exerts sweeping authority over broad swaths of society.  He has been an advisor to four presidents – including the current and most recent one.

The current one apparently likes his advice and takes it.  The most recent one is probably glad he didn’t take all of it and may wish he hadn’t taken any and had been less forbearing.

There are lots of narratives spinning Dr. Fauci’s role in the pandemic* – including his self-serving ones.  Which to believe?  Maybe none.  Diogenes might not find an honest man or woman anywhere among today’s narrative makers.

It seems almost everyone spins – including experts and scientists who say what their employers and grant makers pay them to say.  And don’t say what their paymasters don’t want them to say.  They are quiet about Dr. Fauci’s Bat Lady’s gain of function research – even as daily revelations link it ever closer to the pandemic*.

When I first wrote about the pandemic*, I predicted it would lead to a loss of respect for experts and authority.  That’s happened.  Experts are sometimes wrong.  So politicians and bureaucrats’ edicts based on their advice are wrong too.  Experts may admit they are wrong – unless paid not to.  Politicians seldom do.  They double down.  Hence, loss of respect.  Not for being wrong.  But for arrogant ignorance.  And serial lies about it.

Physicist Richard Feynman, a witty and famous Nobel Laureate, said: “Science is belief in the ignorance of experts.”  I don’t think he meant that experts are dumb – but that their theories must be testable (i.e. falsifiable) to be science.  When experiments prove their theories wrong, knowledge advances.  That’s the scientific method.  Honest scientists publish research results and the understanding they gain when wrong.

However, “It is difficult to get a man to understand something when his job depends on not understanding it.” (Upton Sinclair)  Many scientists work for a living and need their jobs.  Some exist or subsist on research grants.  They are human too with toys to buy and mortgages to pay.

Many research grants come from government agencies from bureaucrats like Dr. Fauci.  Research funded by those grants can advance knowledge for the common good – if there are no strings attached.  That’s noble, classic Science with a capital S in search of truth.  Dr. Fauci invokes it to deflect criticism.  But such Science can lead to trouble – for the established order, conventional wisdom, the narrative, and those in power.  So grants may have strings attached to control the narrative.

A famous case of Science leading to trouble is Galileo’s publication in 1632 positing the earth revolves around the sun, not vice versa.  His heliocentric solar system was contrary to the Church Dogma consensus (i.e., “settled science”).  It threatened the established order of Popes, Cardinals, Kings and things.  After thinking about the Church’s treatment of heretics, Galileo recanted his discovery – thereby escaping the Grand Inquisitor’s red hot irons.  And he didn’t publish any more discoveries disputing Church Dogma.  But the earth continued to orbit the sun.  It still does.

Dr. Fauci’s research isn’t noble.  He secretly funded it through Dr. Peter Daszak’s nonprofit cutout: EcoHealth Alliance.  He argued with Senator Rand Paul and danced on the head of the cutout pin to deny that he funded the Wuhan Institute of Virology – where the Bat Lady works.  Her first published research results omitted the genetic manipulations that make the virus lethal to humans.  They were not for a noble purpose or the common good.  So she hid them.  Did Dr. Fauci know?  When?

The Shitou Cave horseshoe bat from which the Bat Lady took a natural virus to juice genetically is coming home to roost – at Dr. Fauci’s NIAID.  Not just one bat or one virus either.  There are reports from Australia of other bats kept in cages at her lab.  Where are the other similar viruses she took from the same cave?

Now, all this is likely to be more than mildly embarrassing – if it’s ever fully disclosed.  That’s why those involved have worked frantically to deny and repress it.  The cover-up has further damaged trust in and credibility of scientists and experts.  It started with a Letter signed by a Who’s Who of science luminaries asserting that a Bat Woman-made virus was conspiracy nut nonsense.  The Letter was published as holy writ in The Lancet Journal – a Science Bible. Only missing repression ingredient (so far): hot irons.

The real conspiracy is the cabal of 26 super scientists recruited or coerced by Dr. Peter Daszak to sign The Letter and others who know it’s a smoke screen – but have been Silent Lambs lest they jeopardize their grants.  The scientific peer review process has been pimped.  Reviewers who feed at a grant trough on an establishment bureaucrat’s leash know when not to bark – like Pavlov’s dogs.  Other scientists have been housebroken not to be heretics who challenge and falsify “settled science” and Establishment Dogma – like CO2 caused global warming.

Fortunately, not all scientists have been intimidated.  We owe them thanks and respect.  Some have paid a career price for their honesty.  We owe them more.  Same for courageous politicians.  Real profiles in courage.

The scientific and political wagon circling has delayed fallout from the pandemic* and  responses to it.  Hopefully, truth will out-despite cover-ups and censorship by legacy and social media.  The fallout from the pandemic* and its cover-ups could be epic. (Hello pimped and housebroken scientists, Climate Change panic mongers, Green New Deal hustlers.)

The fallout must be epic if values that generations have defended and that many (a majority?) still hold dear – and the country we love – are to survive.

The fallout may save us.