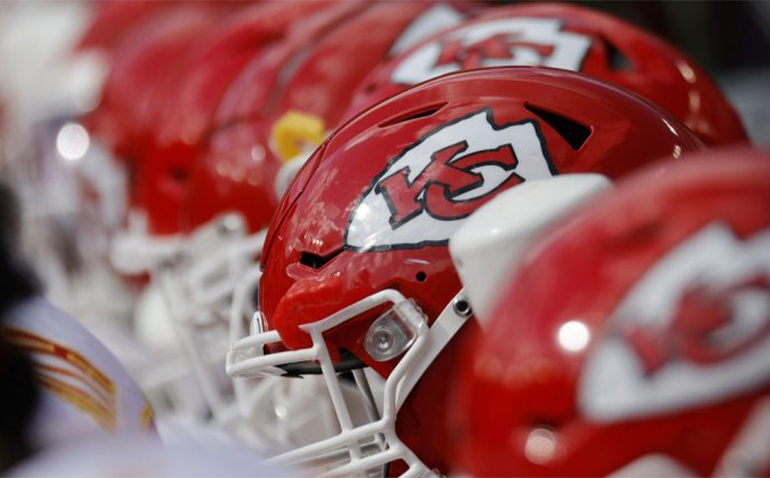 Too many National Football League players are testing positive for COVID-19 and messing up the  betting odds.  And lineups for fantasy football leagues – including our Family Feud League.  So, the NFL is moving test goal posts to reduce the number of flagged players who have to sit out games.  Bad for business to mess with bookies.  And TV schedules and audiences.

The NFL is big time show biz.  It’s also big time woke.  It’s OK to tweak vaccine hoops and testing protocols so the players can jump through them.  And so a woke journalist can write about how the “NFL Navigated a COVID Minefield” (Wall Street Journal December 21).  And so, the show can go on.

It’s weird because over 95% of the players have been vaccinated and are subject to strict mask requirements, locker room distancing, and other protocols – enforced with fines.  Most players who test positive are not symptomatic (no cough, fever, or malaise).  Just your ordinary off the Bell Curve chart NFL specimens with freakish athletic abilities, conditioning and tolerance for injury and pain.  But many are testing positive with the latest COVID variant.  Are the vaccinated causing and spreading the variants as vaccine skeptics said they would?

How ironic is that?  NFL 2021 protocols were designed with carrots and sticks to incentivize players to get vaccinated according to the Wall Street Journal.  It was easy to shame and shun the few unvaccinated players who resisted the carrots and sticks (unless they were superstar quarterbacks).  And blame the unvaccinated for outbreaks and breakthroughs.  Now it appears that vaccinated players are the problem.  Who you gonna blame now?  The vaccine mandators?

NFL teams and their carefully scripted and managed regimes are real time lab experiments.  Highly visible experiments.  They don’t seem to be playing out according to script though.  Bad news for vaccine mandators is leaking from the NFL labs.  Like the virus leaked from the Bat Lady’s lab.

The virus is mutating to more contagious but less virulent variants (fewer than 20 reported deaths worldwide from the Omicron variant).  Knowledgeable epidemiologists said this would happen in response to mass vaccinations.  The virus is evolving in response to the vaccines.  It’s just doing its thing.  But it’s going off script.  So what to do?  If you’re the NFL, just rewrite the script.  Make adjustments.  Call an audible.

Here’s how the rewrite works.  The star tight end for the Kansas City Chiefs tested positive on Monday after scoring two touchdowns (and putting up 36 fantasy points) to help win a close game Sunday against the Chargers.  Before the rewrite, he would be COVID inactive for 10 days and miss the next game.  But now if he tests negative twice in the meantime, he can return to practice and play against the Steelers next Sunday.  The betting line on that game may change as his game status changes.

By the way, the tight end was asymptomatic when tested.  So are about two thirds of the other players testing positive.  The rest have very mild symptoms.  So the rewrite eliminated weekly testing of asymptomatic vaccinated players.  Fewer tests = fewer cases.  Fewer cases = fewer games postponed.  The NFL postponed three games last weekend before the rewrite because a record number of players tested positive.  Those games involved teams that are playoff contenders.  Outcomes may have changed due to missing players.

But no games were cancelled.  That would have meant no game paychecks.  And problems for the players and problems for the NFL with the players union.  The WSJ said the NFL Commissioner sent a memo to teams last July that said that only medical concerns would lead to rescheduling games.  Not competitive considerations.  Funny that all rescheduled games involved teams competing for the playoffs and the big payoffs.

Funny there were no cancellations or forfeitures for medical reasons either.  The memo said games cancelled due to an outbreak caused by an unvaccinated player would be forfeited by that player’s team.  The Eagles complained about this when their game with Washington was postponed (but not forfeited) because they believed it was caused by an unvaccinated Washington player.

Lessons for the country from the NFL’s script rewrite are obvious.  They have been obvious for a long time.  More tests = more cases.  But not more infections.  And more cases = more work days missed.  You may not sympathize when a millionaire football player misses a game day payment.  But it’s hard to ignore the plight of those living payday to payday who miss paydays.

Another lesson is the NFL has better management than the country.  It adjusts to change.  Our politicians and bureaucrats just double down on dumb.  And do more of what they have already done that doesn’t work.  And ignore the harmful unintended consequences of their actions.  Worse yet, they hide those harmful consequences and defame and censor those who try to warn about them and mitigate their damage.

I have been following the running debate in this forum between the lawyer (an establishment acolyte) and the doctor (an establishment heretic).  The lawyer advocates more vaccinations to save lives.  He offers familiar arguments and cites to establishment authorities to support his case.  The doctor says the vaccinations aren’t really vaccinations, have limited efficacy, and have pervasive perverse short and long term effects (including many unreported deaths).  He recently published a long peer reviewed article (“COVID-19 Pandemic: What is the Truth?”) about these effects in the journal Surgical Neurology International.  It’s well written but not an easy read – unless you are a brain surgeon.  Maybe not even then.

I know both the lawyer and the doctor.  Both are serious and well-intentioned.  Yet both can’t be right about vaccines.

Wouldn’t it be ironic if the NFL’s audible changes perceptions about vaccines?  And about government responses to COVID-19.  And causes time to run out on the pandemic – now in the third overtime.