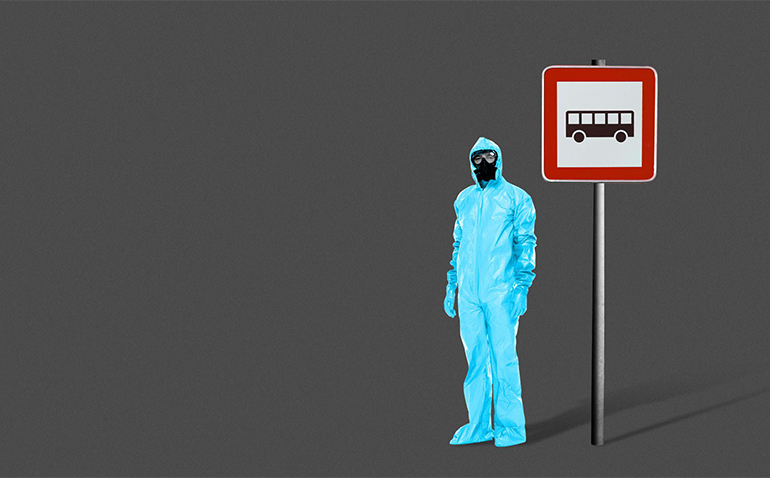 The Coronavirus has disrupted just about everything, but few things as much as transportation networks in and around big metropolitan areas.  The global pandemic could be a back breaker for these mass transit systems and the authorities that run them.  Here’s an interesting factoid from Randal O’Toole at the Cato Institute: 44 percent of all U.S. transit rides in 2019 took place in the New York – northern New Jersey urban area.  Is it a coincidence that as of 5/14/20, 43 percent of U.S. deaths from COVID-19 came from New York and New Jersey?  A study from MIT in mid-April concluded that “New York City’s multitentacled subway system was a major disseminator — if not the principal transmission vehicle — of the Coronavirus during the initial takeoff of the massive epidemic that became evident throughout the city during March 2020.”  It turns out that subway cars, buses and elevator cars make ideal petri dishes for the COVID-19 virus.  Add Massachusetts to NY and NJ and you have 49 percent (42,854) of the U.S. deaths from just those three eastern seaboard states — all heavy users of mass transit.

Meanwhile, automobiles turn out to be a great way to stay safe and self-distance from the folks on the same street but in other automobiles.  Consider the double blind placebo test of California which is famous for its car culture and its urban sprawl.  California, which has 4 million more people than New York, New Jersey and Massachusetts combined, suffered only 3.5 percent (3,052) of U.S. deaths.  What?  If it really was an FDA double blind test, they would stop it immediately for humane reasons.  How can the lowly automobile bought, paid for and operated by individuals be so much safer than government run and subsidized subways?  More on that later.

The automobile industry has struggled for years trying to sell cars to the millennial generations born between 1981 and 1996.  To better understand the millennials (no small task), it is helpful to understand New Urbanism.  The New Urbanism movement was started in the early 1990’s with a desire to redesign the way cities and neighborhoods coexisted with the admirable goal of making them more livable.  Its primary goals are “to reduce dependence on the car and to create livable and pedestrian friendly neighborhoods with a densely packed array of housing and commercial sites.”  To the movement’s credit, millennials have embraced many of its values and many have migrated to bigger cities that feature high density, high pulse urban lifestyles.  Alas, the movement’s nemesis, urban sprawl, turns out to be a good defense against COVID-19.

Could this portend a new revival for the automobile?  It would not be the first time it has come to the rescue of Americans.  The automobile was one of the transformative and defining inventions of the 20th century.  In its early iteration as the horseless carriage, its acceptance helped clean up cities by reducing horse manure, which city planners of that time considered a limiting factor on how big cities could become.  It changed how we live and where we live.  The car enabled the suburbs, the drive-in movie, fast food, road trips and the Interstate Highway System.  Now, we drive on parkways and park on driveways.  Drivers Ed became part of the high school curriculum and getting a driver’s license a rite of youth passage.  Even William Faulkner wrote about its power to expand horizons in The Reivers. The centrality of the automobile to the 20th century was confirmed by the old adage, “What’s good for General Motors is good for America”. In short, it was and perhaps still is the great American Dream Machine.  Don’t be surprised if this summer sees greatly increased travel by cars, trucks and RV’s to far flung places like national parks, the mountains and beaches. Make your reservations now.

As to the prospects for highly dense cities and their mass transit systems, that is a critical question.  Transit agencies received $25 billion in the CARES Act.  They may need a whole lot more.  The whole new experience of Zoom meetings and a locked-down country brings into question the business model of New York City and its tangled transit system.