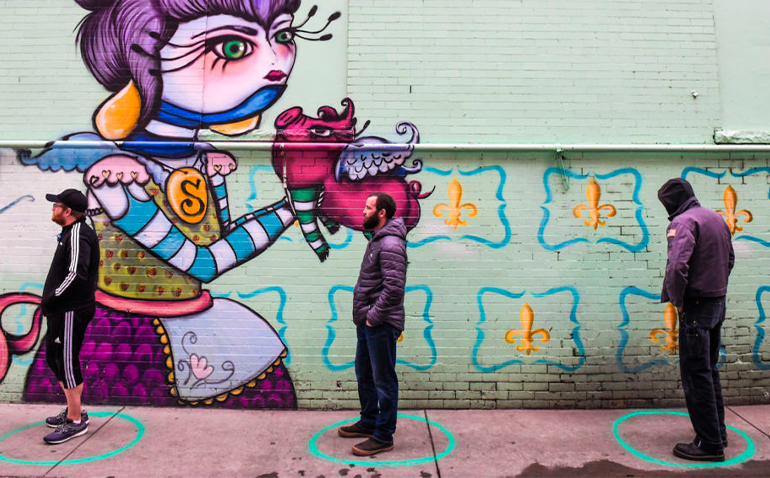 The last couple of months have seen several new phrases enter the popular lexicon: “social distancing,” “flattening the curve” and “shelter in place” to name a few.  (Somewhere George Orwell is spinning in his grave.)

Another phrase which is not new, but is newly popular, is herd immunity.  Herd immunity is the concept that when an infectious disease is present in any given population (humans, cows, dogs, whatever), it is not necessary to inoculate 100% of the population to prevent the spread of the disease.  Rather, once a critical mass achieves immunity the spread of the disease is effectively halted, and the herd is protected.  (Immunity can be “natural” – you are born with it, or “acquired” – you gain it by inoculation or recovering from the illness itself.)  The scientific and medical literature is replete with fascinating examples of herd immunity.

While it seems most countries in the developed world have taken the approach of “flattening the curve” in response to the threat of COVID-19, that is, limit human interaction regardless of the economic costs and unintended consequences, a few countries have taken a less heavy handed approach.  Sweden is the most visible example of a country that has instead adopted a strategy of herd immunity or allowing the disease to proliferate to more quickly build up immunity.  (In truth, this is an oversimplification of Sweden’s approach, as large gatherings have been banned and universities closed, but by and large Sweden is relying on the common sense of its citizens and has not shut down the economy.)  What I want to focus on in this article is not the merit of Sweden’s approach – time will tell if it was right or wrong for them – but the reaction from the rest of the world.

The vast majority of articles from the popular press about Sweden are negative.  One sees headlines with terms like “controversial” and “backfire” and articles referring to a disproportionate number of Swedish coronavirus deaths in nursing homes.  Yet, COVID-19 has hit U.S. nursing homes just as hard, and, as of this writing, 1,511 Swedes are reported to have died from COVID-19, for a death rate per million of 150, comparable to the U.S. reported rate/million of 118 and 39,014 deaths.  (As an aside, Chile, Cuba, South Africa and Uruguay, among others, report a death rate of less than 10/million, while Belgium, Spain and Italy are all north of 300/million.  That either implies that geography and latitude are relevant factors in susceptibility or immunity to the disease, the reported numbers are suspect, or some combination thereof.)

The question that interests me here is why are people on the outside so quick to criticize Sweden?  This is not a partisan issue – the popular press, largely Democratic and liberal leaning – has jumped on Sweden, as has President Trump and the White House.  So, politics is not the answer.  I suspect there is something deeper at play here, something rooted in the human condition.

Logically, everyone should want Sweden to succeed.  Not only would that be altruistic – we are rooting for the well-being of people we don’t know – it would be in our best interest.  Sweden’s succeeding would suggest there is a different approach we could implement now or in the future to our benefit.  Ay, there’s the rub.  (If we’re talking of the human condition it’s only fitting to bring in a little Hamlet.)  If Sweden’s approach is right – even if it is just right for them – does that imply ours is wrong?  Stated differently, are pundits seeing signs of failure in Sweden, or are they wanting Sweden to fail?

Why are we threatened with admitting when we may be wrong?  Or acknowledging there may be another – and sometimes a better – means to achieve the same end?  Again, if I am always right, then I can never improve my condition.  But if I am able to learn something from you, some method or technique I didn’t know before, then I am better off.  For some strange reason, deep in our psyche apparently, we would rather cling to and justify our current course/ideas – whatever those may be – than admit we may be wrong, even when doing so would improve our condition.  Politicians and political parties of all stripes seem especially prone to this, but they are certainly not alone.

The French Enlightenment philosopher Voltaire said, “Our wretched species is so made that those who walk on the well-trodden path always throw stones at those who are showing a new road.”  This is herd mentality, and as opposed to herd immunity it works to the detriment, rather than the benefit, of the herd.  So, if you want to help others (and yourself), avoid herd mentality.  This doesn’t mean be different just for the sake of being different.  It does mean be willing to think critically and challenge your own assumptions.  And avoid herd mentality like the plague.