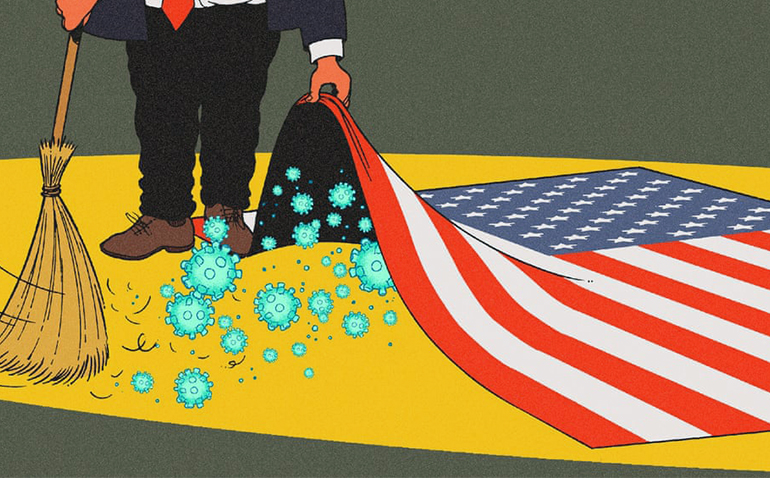 I suspect, when this is all over, one lasting effect of COVID-19 will be loss of trust. Loss of trust in experts and other nannies, in governors, in mayors, in local police, in the World Health Organization, the Center for Disease Control, the Food and Drug Administration — and in the media (which didn’t have much to start with).

Our Declaration of Independence says: “Governments are instituted among Men, deriving their just powers from the consent of the governed.“ Who consents to be governed by those they don’t trust and abuse their power? The compliant, the comfortable and the insiders — who don’t lose their jobs. They think Big Brother knows best.

But those destroyed by and vulnerable to the lockdowns know better. There are a lot of them. They don’t like what’s happening. They are speaking out. Ignoring Big Brother. They don’t consent.

Look at the COVID-19 death count predictions and cover-up to see why. Presidential advisers relying on a fraudulent British academic and his flawed model predicted 2.2 million U.S. deaths from COVID-19 without lockdowns. (The hypocritical Professor Lockdown was outed breaking his own lockdown rules last week trysting with his married lover, a mother of two.)

Latest actual U.S. deaths from all causes reported by the CDC were 2.8 million in 2018. That’s 8,600 deaths per million population. The predicted 79 percent increase caused panic and extreme responses — as intended. But then oops! Just like that, it was 100,000 – 200,000 predicted deaths. Then, 60,000 or 182 per million. That’s about the average yearly U.S. deaths from the seasonal flu. An accurate count of COVID-19 deaths won’t be available for months — or maybe ever because of changes in the way deaths are reported to increase the number.

There were over 650,000 U.S. deaths from the 1918 Spanish Flu or about 6,300 per million when the population was 103 million. That’s 34 times more deaths per capita than from COVID-19 today. There weren’t enough coffins and grave diggers. Bodies were stacked like cordwood and buried in mass graves dug with steam shovels. John Barry graphically describes the terror in The Great Influenza: The Story of the Deadliest Pandemic in History.

Government leaders and experts lied then too. Their lies were intended to understate the epidemic, quell the panic and maintain civil order — while the epidemic ran its natural course. They didn’t. Fortunately, the epidemic burned itself out before it destroyed civilization. It was a near thing. One observer said a matter of weeks.

Lies today are intended to exaggerate the COVID-19 epidemic and create panic and political opportunities. Some politicians see this as an opportunity to “fundamentally transform America.” Loss of freedom is a near thing.

Meantime, the epidemic runs its natural course. It’s taking longer because of the lockdowns. So there will be more deaths from prolonged exposure of those vulnerable to the virus, from failures to provide timely care for other health issues and from economic destruction and distress. Some now think total deaths from the lockdown cure will be much greater than deaths from the COVID-19 disease itself — a self-inflicted tragedy.