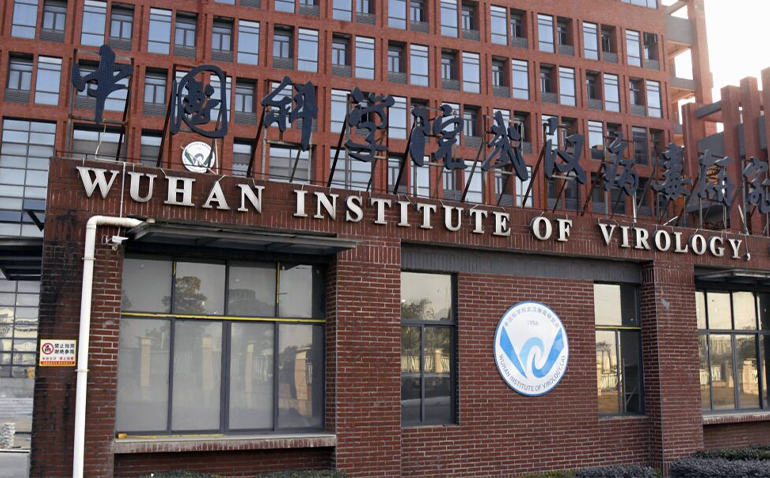 The Bat Lady is a researcher at the Wuhan Institute of Virology in Wuhan, China.  Her name is Dr. Shi Zheng-li .  She goes on virus-hunting expeditions in bat caves and does “gain of function” genetic manipulations on coronaviruses to make them more infectious and more deadly to humans.  The COVID-19 pandemic may have begun in her lab — which was funded in part by U.S. taxpayers.

The U.S. money flowed from the National Institute of Allergy and Infectious Diseases (NIAID), headed by Presidential Advisor Dr. Fauci.  He predicted 2.2 million U.S. deaths from the pandemic.  He overstated actual COVID-19 deaths more than 4 times.  But he ignored and made no statements about more deaths due to deferred treatment of other deadly diseases due to destructive government edicts and overreactions resulting from the panic he caused.

We are overwhelmed with statistics and reports about tests, cases, and deaths “involving” COVID-19, and other panic inducing narratives.  But underwhelmed with information about collateral deaths, trauma, and damage from misplaced zeal of government experts and politicians who ignored the sacred Hippocratic admonition: First, do no harm.

U.S. funding of gain of function research is expressly forbidden because of the danger of lab leaks.  They happen.  The small pox virus escaped three times from secure labs in England in the 1960’s and 70’s and killed three people during the successful campaign to eradicate the disease worldwide.

Did Dr. Fauci ignore the prohibition against U.S. funding of such dangerous research?  U.S. Senator Rand Paul says he did.  Dr. Fauci vigorously denied this in a heated exchange with the Senator – under oath.

Fox News’ Tucker Carlson has suggested that the purpose of Dr. Fauci’s serial face mask pronouncements may be to divert attention from his role in the gain of function research gone awry.  Battle lines are forming over “Bat Gate.”  There are already many casualties — those who caught the virus.  There may be others – those who created the virus if it’s not natural.

Intermediaries who received and funneled money from the NIAID to the lab predictably and loudly defend the research. They say they virus wasn’t manipulated and couldn’t have been. They also say others who say otherwise are conspiracists.  Many in the virus research community (who exist on U.S. and Chinese government funding) are careful in their comments not to bite the hands feeding them.  Some won’t comment at all.  Silence is golden.

Concerned investigators aren’t deterred by the wall of silence or intimidated by conspiracy labels.  They keep digging.  So the manipulated virus and the bat that carried its precursor may yet come home to roost at Dr. Fauci’s office.  Others involved will be in deep bat guano if it turns out that the evil virus genie was juiced in the Bat Lady’s lab and escaped from its bottle.  And killed several hundred thousands in the U.S. and over three million to date worldwide.

Virus escapes from secure labs have happened before. And not just with smallpox.  Secure BSL4 labs involve cumbersome moon suits, uncomfortable working conditions, and safety precautions and restrictions that are hard to meet, maintain, and enforce.  Wuhan Institute has such a BSL4 lab.  It didn’t pass muster with U.S. State Department inspectors in 2018.

But the Bat Lady’s research wasn’t done in that lab anyway.  It’s done in BSL2 and BSL3 labs (with safety levels similar to a typical U.S. dentist office) as she has stated in her publications and in an interview with Science magazine.

The Chinese say the virus jumped from bats to an animal sold in Wuhan’s live markets, mutated naturally, and then jumped to humans working and shopping there.  Many such zoonotic viruses are known.  But the Chinese can’t find the intermediate host animal that would establish the viruses’ pedigree to support their claim.  They’ve looked hard too.  They still are.

They won’t release lab records either that might prove or disprove gain of function genetic manipulations.  Nevertheless, there are clues.  This virus has some unnatural features that give it an unusual affinity for humans.  And there are some curious coincidences about its origin and spread and potential uses for it.

One potential use is biological warfare.  A January 15, 2021 U.S. State Department Fact Sheet reports that the lab has conducted classified research for the Chinese Military.  Our U.S. military has its own history of biological weapons development.  There’s a Dr. Strangelove argument in favor of creating Frankenstein viruses and vaccines for them for military advantage.

Another manipulation clue is the location of the first COVID-19 cases.  They clustered around the Bat Lady’s lab and included lab workers.  But no early cases were found at the alibi wet market.

By the way, the Bat Lady’s lab is 940 miles from the cave with the infected bats from which she took the natural virus to work on.  There are no bats in Wuhan.  The virus didn’t get to Wuhan in a bat.  It may have taken a plane in the Bat Lady’s lab bag.

It may not be coincidental that the lab is on a main subway line that runs to the Wuhan Tianhe International Airport with direct flights to New York City.  Or that New York City has one of the highest population adjusted virus death count (deaths per million) in the world.

The manipulation debate involves dueling experts.  Those involved in and defending the research have a lot at stake.  They are not disinterested parties.  They may be culpable.  Some manipulations leave obvious tracks.  Others are more subtle – but leave clues.  There are plausible arguments about the presence or absence of tracks and clues on both sides.

Informed objective observers like science writer Nicholas Wade say the jury is still out.  But it seems to me that Occam’s razor (simplest explanation is usually the best one) favors manipulation.

If the dam of silence breaks, more tracks and clues will be revealed.  They may prompt some confessions.  And lead to some resignations.