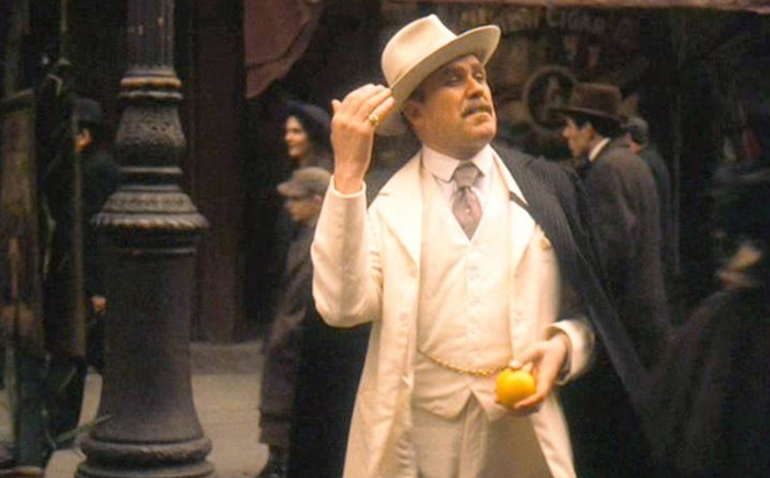 “I just want to wet my beak a little.” That demand for a payoff from Don Fanucci to a young Vito Corleone in Godfather II may explain Jackson’s water problems. And other problems too due to incompetent bureaucrats. There are lots of them from Jackson to Washington. Some may be crooked too.  We can live with crooked bureaucrats and politicians who aren’t too blatant and too greedy – if they are competent.

But when the toilets don’t flush and you can’t drink the water, and all you hear is “we need more money” and “it’s not my fault”, you know incompetents are in charge. And too many beaks are getting wet. And it’s time to do something.

Vito did something. He offed Don Fanucci – an incompetent extortionist, bully, and crook. And took over his business. Vito was a crook too. But he was competent. He protected the weak, administered neighborhood justice, kept order, was a faithful husband, and didn’t kill people just for the fun of it. Killing was just business. He was good at business. There are lessons here. Maybe even a few morals.

It’s not that we need crooks if they are good at business, although I would rather have a competent professional than a feckless amateur. It’s that we need an honest competent crook. Is honest crook an oxymoron? Probably. But you know what I mean.

A recent report from a competent professional engineer says this about our water system: “… the Jackson system is a ticking bomb poised to cause immeasurable harm to water customers. I have witnessed many water systems in the US and abroad that do not meet US EPA Safe Drinking Water Standards. This is one of the worst for a developed country. There are immediate concerns with the continued operation of the system as it is currently operated but it poses additional harm as microbial and viral contaminates enter the system due to lack of adequate maintenance.”

The report goes on to note the City’s failure to comply with the March 2020 EPA Emergency Order re disinfection and pH (acidity) control and sampling for coliform bacteria.  And the City’s failures to meet Lead and Copper Rule requirements since 2015. It says these violations are emergencies (the City says they are not) because they “…are linked to fetal deformity, impairment of child mental and physical development, adult kidney disease, and blood chemistry issues…. Keep in mind the ingestion of lead in the body cannot be cleansed or flushed…. So the city is playing roulette with the lives of the citizens of Jackson.”

The City Council President’s recent letter to the WSJ Editor in response to its “Jackson’s Water Woes Explained” says Jackson’s Mayor didn’t tell the council or Jackson’s citizens about the EPA Emergency Order for over a year. Maybe the stylish young Mayor thought the City Council and the citizens didn’t have a need to know. Maybe he was concerned citizens might worry unnecessarily about non-emergencies like contaminated drinking water. Besides, he and his posse were on it. No help needed.

Now it’s painfully and undeniably obvious the Mayor needs help. It’s been obvious for a long time that he’s over his head. And that his recent predecessors were too. But it hasn’t been polite to say this or politically possible to offer help. That might be racist or something.

The Governor is now offering help. He has to do something. But he’s in a political minefield. Jackson is the state capital. It’s a basket case. It’s not just water. Crime is rampant. Property theft is ignored in deference to violent crime – which isn’t deterred. Everyone suffers. Unfortunately, the Mayor’s constituents probably suffer the most from his incompetence. But they still support him. And may resent help that shows his incompetence more and makes him look worse.

Fortunately, the Governor is competent. He’s not a political novice. That’s why he’s Governor. But he gets advice mostly from people in or dependent on government. They naturally think in terms of government solutions to problems. Some people not in government think government solutions often make problems worse. They aren’t meant to. They just do. Maybe too many beaks to wet.

The Governor is trying to thread a political needle. Fix the Mayor’s problems without making him look (more) incompetent to his local fans. And to the national media. They’re fans too. Don’t layer on more government that makes the problem bigger. Don’t wet more beaks. Avoid political IED’s (improvised explosive devices). If the Governor pulls this off, he’ll be ready for his next big thing. Good luck to him. And to us.

A friend who knows a lot about community water systems that actually work gave me the report mentioned above. He says systems with competent managers make customers pay their bills. Their systems are profitable. They don’t share their profits with other public agencies like police or public works departments. They use their profits to maintain their systems. Jackson’s water system doesn’t collect bills from thousands of customers. It’s also a piggy bank for other things. Too many beaks getting wet. No honest crooks.

I have heard that residents in some Jackson areas are exploring private water systems and private water wells. That’s understandable. They might be more helpful if they got behind the Governor. And encouraged him to listen to experienced people who’ve developed and run water systems that work.

The engineer’s report recommends a system-wide study and forensic analysis of failures over the last 20 years. And notes the City doesn’t have necessary skilled staffing to do this. Besides there’s too much political finger-pointing to allow an unbiased study. We probably won’t find an impartial bomb disposal squad.

Let’s hope the one that’s stepped up doesn’t get blown up – and it’s not an omen that I’m writing this on 9-11.