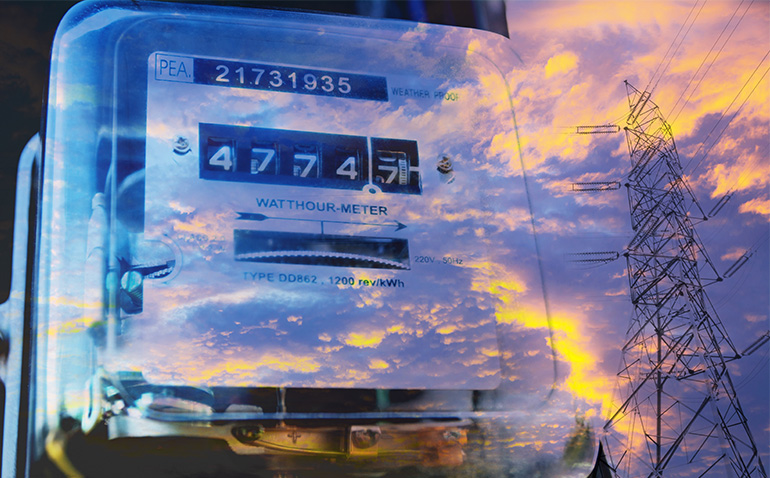 What’s wrong with how Mississippi regulates electricity rates? The short answer: No one in the process represents only the customers – the everyday Mississippians who pay their electric bill.

Entergy Mississippi and Mississippi Power Company are regulated by the Public Service Commission because they have a monopoly on providing electricity to their service areas and because they are owned by investors, not customers. (In contrast, rural electric cooperatives are not regulated by the PSC because they are owned by their members, who are also their customers, who have a voice in how the cooperative sets electricity rates. Rates in the TVA region are set by TVA, an agency of the federal government.)

When Entergy or Mississippi Power want to increase their rates or to build a new power plant, they have an army of lawyers, engineers, accountants, etc., to present their case to the PSC for approval. The people in their service areas who pay for their electricity have no practical way to challenge these proposals to increase their rates. It’s not that they are legally prevented from challenging the utilities, but they don’t have the expertise or the money to be able to fight a rate increase or to challenge the building of a plant (or other actions) that will increase their rates in the future.

Presumably, the PSC represents the people who elected them, which includes ratepayers (customers). But the elected Public Service Commissioners themselves don’t have the needed expertise to evaluate utilities’ proposals. They rely on a separate entity called the Public Utilities Staff (PUS) to evaluate those proposals, and they almost always rubber stamp the PUS recommendations.

The PUS was created as a separate agency 30 years ago after two PSC Commissioners were indicted for taking money from the utilities in exchange for approving what the utilities wanted.

But rather than establish the PUS to represent customers alone, the law gives it the task of “balancing the interests” of customers AND the utilities. In the PUS annual report, its Legal Division is described as having the “dual role of advisor and adversary.”

First, it should be noted that this is not a criticism of the current Public Utilities Staff. To use the analogy above, you could have the most competent and honorable attorney representing you, but you still wouldn’t want him or her to “balance your interests” with those of your opponent. That is for the judge to decide.

In the same way, the utilities should represent themselves (as they already do), and there should be a ratepayer advocate’s office to represents ratepayers only. This could be accomplished by focusing the PUS’s mission on representing ratepayers alone, removing the “balancing” act they are now required to attempt. Then both should present their cases to the PSC, which would act in the role of a judge by hearing both sides and issuing a decision that balances the interests of the utilities and the ratepayers.

One objection to this idea is that it might cost taxpayers more money. Since Commissioners lack the expertise to evaluate these sometimes highly-complex cases, they would need to hire experts to provide the help that is now provided by the PUS. But, to return to the lawsuit analogy, judges often hear cases in which they have no expertise, so they hire “special masters” who have the needed expertise to advise them. The PSC already has similar authority, and the cost is assessed to the utility, so there is no additional cost to the taxpayers. Another option is to take part of the PUS and make it an independent ratepayer advocate, and transfer other PUS staff to the PSC.

Others say a ratepayer advocate is not necessary because the Attorney General has jurisdiction to intervene when necessary. While this is technically true, it is not a practical answer. First of all, the Attorney General’s office is even less equipped than the Commissioners to engage in these cases. That office currently has one attorney who has the PSC as one part of her portfolio. Even if it were desirable for the AG to take this on, most of the PUS would need to be transferred to that office in order for the expertise to be located where it would be needed. Second, the Attorney General is allowed to accept campaign contributions from utilities (PSC Commissioners are not), which could lend itself to favoritism toward those companies in making a decision to challenge them at the Commission or in court.

Most states have ratepayer advocates of some sort. Mississippians who pay the electricity bills should have that, too. We believe if such an advocate had been in place at the beginning of the Kemper County Power Plant fiasco, the development of that project would have ended much sooner. The issues that eventually caused the PSC to shut down the project were present in the very early stages of process, and those issues would likely have been pursued earlier and more diligently by an independent advocate than by an entity tasked with balancing the interests of the customers and of the company that would force them to pay for the plant.

Few people realize how close Mississippi Power customers came to being on the hook for the bulk of the $7.5 billion cost of that plant. At some point in the future, another speculative project will be proposed by an electric utility, and when it does, ratepayers will need an advocate who will scrutinize the project on their behalf. In the meantime, there will be plenty of other proposals by the utilities that will affect the budgets of the Mississippians they serve, and those proposals should be scrutinized by a ratepayer’s advocate as well.

A true advocate who is focused on the interests of customers – not one that has to balance their interests with those of the utilities – will help protect the people who otherwise have no voice in such a significant part of their budget and their lives.