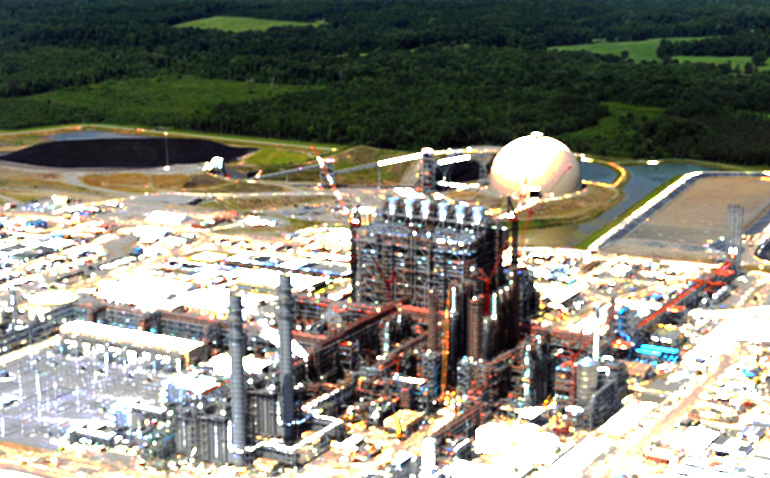 The Southern Company’s dream of a multi-billion plant to transform lignite into electricity will be history in four short years.

According to a filing with the U.S. Securities and Exchange Commission, the gasifiers and chemical plant will be scrapped by 2024.  Remediation of the Liberty lignite mine will be completed this year.  Southern Company shareholders wrote off $6.4 billion in costs and when the scrap man’s torch cuts away the final piece of steel in Kemper County, it will be the closure on a fatally-flawed concept.  The Department of Justice is investigating whether the company lied to investors about problems with the $7.5 billion plant.

The plant ultimately generated more controversy and lawsuits than megawatts of electricity.  It was supposed to provide 40 years of cheap, clean electricity from lignite mined on the site.  Instead, Kemper is now a more expensive natural gas plant ($1 billion paid for by ratepayers) that should not have been constructed in the first place.

Southern’s dream of a clean coal future borne on the backs of a ratebase in south Mississippi is dead.  In the deal, Mississippi Power customers avoided double-digit rate hikes that would’ve likely torpedoed the Coast’s economy for decades.  The Georgia-based Southern Company tried to use its genius for rent-seeking by offsetting the massive costs onto the costs of taxpayers.  It was a technological leap that couldn’t be made.

The administration of then-President George W. Bush started a Clean Coal research program that provided grants for utilities to build environmentally friendly power plants to be fueled with abundant coal.  Southern received a grant in 2004 to build a clean coal plant near Orlando, Florida.  The plant would use gasification to could turn low-energy, high-moisture grades of coal (such as lignite) into a gas that could generate electricity.   Taxpayers would pick up the tab for $412 million in IRS tax breaks and $245 million from U.S. Department of Energy grants.  The tax breaks were later repaid by the Southern Company.

When the Florida utility wisely pulled the plug in 2007, then-Gov. Haley Barbour used his connections with the Bush administration and Southern (a long-time client of Barbour’s lobbying firm) to get the project moved to Mississippi.  Southern located the plant near Meridian on a site with lignite.  Company officials said the plant would cost $1.8 billion and be operational by 2013.  An equivalent natural gas plant could’ve been built for between $566 million and $664 million, but the company claimed that it needed “fuel diversity” for its generation portfolio in Mississippi.  Barbour also convinced the Legislature to pass legislation that allowed utilities to start charging customers for power plants before they were finished.  Another bill that allowed the utility to bill customers for a bond that could’ve amounted to another billion dollars was passed in 2013 after Barbour had left the governor’s mansion.

Regulatory capture also played a role.  After Hurricane Katrina in 2005, the population of Mississippi Power’s certificated area actually shrank.  Despite mounting evidence that the plant would be far more expensive than Southern indicated and might not work as planned, the two Republicans on the Public Service Commission voted repeatedly to keep the Kemper train on the tracks.  Even though natural gas prices were low and falling, Southern told the PSC that Kemper would be cheaper.  What these inflated forecasts couldn’t predict was the shale gas revolution that transformed the United States to an exporter of liquefied natural gas and crude oil.

Construction delays and cost increases were constant.  One of the partners in Kemper, SMEPA (now Cooperative Energy), decided to pull out of the project in 2015, a huge financial blow to Southern shareholders that also dented the plant’s credibility.  It wouldn’t be until the 2015 elections — when two new commissioners took office with a skeptical view of the plant and the utility’s promises — that a resolution to the Kemper debacle appeared.

The problems with Kemper were myriad.  There were issues with the quality of the construction which created safety concerns.  There were problems with the coal feed mechanisms, the buildup of ash during gasification and the erosion and pitting of the protective refractory coatings.  A 2016 accident where syngas backed into parts of the coal feed mechanism could’ve triggered a fatal explosion if the gasifiers were working at operational pressure.

The battle was a close-run thing.  Ratepayers in south Mississippi could’ve been on the hook for billions if the utility would’ve gotten the plant running commercially.  The PSC, under present law, would’ve been required to issue a decision on whether the plant was “used and useful”.  Once that happened, the utility could’ve raised electricity rates to pay for it.

The Kemper debacle showed flaws in utilities’ regulations.  Southern had a perverse incentive to build the biggest, most expensive plant that it could thanks to a guaranteed rate of return.  There was no formal regulatory body, a consumer advocate,  to protect small customers.

The regulatory process needs a consumer advocate to protect customer interests.  While utilities are well represented at the negotiating table, there needs to be a government supported voice for the ratepayer.