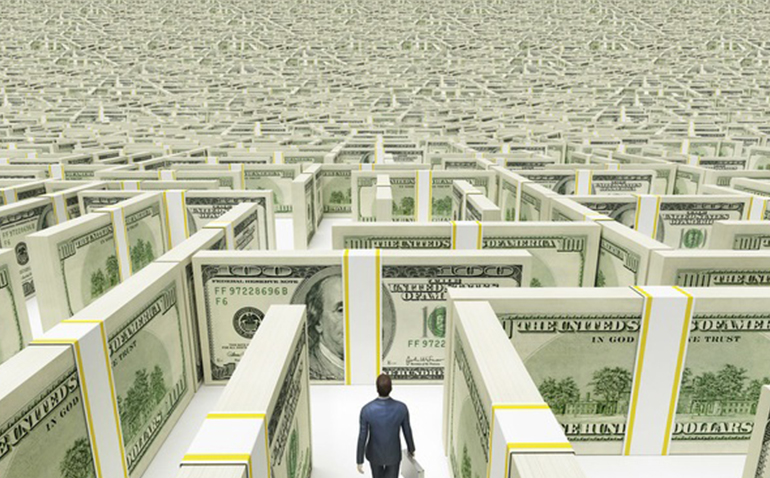 Price discovery is a critical component of free market economies.  It is how entrepreneurs, businesses and investors identify risks and opportunities as they allocate capital to both avoid pitfalls and exploit new developments across the economy.  Low prices might mean excess supply or perhaps slumping demand.  Higher prices can mean increased demand or unexpected shortages.  Some price changes are transitory, others are secular.  And at rare times, price moves can indicate disruptive innovation.  In the commodities market, wise analysis of price signals can be the difference between success and failure.

This year’s volatile commodity prices, with the Commodity Research Bureau (CRB) index up 40 percent, are good evidence of how valuable price discovery can be.

For all the fire and brimstone fossil fuels have taken in recent years, they are still the big dogs on the world’s commodity exchanges.  The world’s top three traded commodities are Crude Oil (WTI), Crude Oil (Brent) and Natural Gas.  Millions of contracts trade every day with each representing one thousand barrels of oil or ten thousand MMBTU’s of natural gas.  That equates to billions of dollars from producers, refiners, electricity generators, commodity funds, investors and even some speculators.  Those millions and billions in trading flows generate the prices that inform investors and businesses, and also help determine the end prices consumers will pay for their energy products at the pump or wall outlet.

Businesses ignore price discovery and its signals at their peril.  A good example of how badly things can turn out took place a decade ago here in Mississippi.  The financial crisis of 2008-09 had severely depressed commodity prices in early 2009 to include oil – down to $44.76 and natural gas – down to $4.19.  Four years later in March 2013, oil was back to $93.45, but natural gas was even lower at $3.90.  Those four years saw the long-term correlation between oil and natural gas prices broken.  Why?  The fracking revolution had reached critical mass creating vast new abundances of natural gas far exceeding expectations and market demand, resulting in bargain basement prices.

That mattered in March 2013 when the Mississippi Public Service Commission (PSC) held a rate hearing on the subject of Mississippi Power’s (MPC) controversial Kemper Coal Gasification Power Plant.  Busloads of ratepayers had ridden hundreds of miles to the Woolfolk Building to plead their case against the proposed rate hike.  MPC’s economic case for their lignite fueled “clean coal” plant was based on very high natural gas prices.  Their projections, made three years prior, forecast natural gas prices averaging at least $12 per MMBTU and going even higher to $20 over the next 20 years.  When his turn came, Attorney Robert Wise, pro bono counsel for two ratepayers, presented PSC Chairman Leonard Bentz with exhibits explaining with detailed charts and graphs why the Kemper lignite plant could not compete with natural gas made cheap and abundant by the fracking revolution.  Commissioner Bentz countered that in earlier hearings experts had told him that no one could predict the price of natural gas, and therefore MPC had to be prepared for higher gas prices.  MPC stood fast with their pre-fracking projections made in 2010.  The PSC gave MPC its 15% rate increase, but denied prudence on construction underway.  Price discovery was roadkill on the highway to Kemper.  The plug on the Kemper “clean coal” project was finally pulled in 2018.  It was a technology and financial calamity that would cause two of the PSC commissioners to leave their jobs, and cost Mississippi Power and its parent, Southern Company over $6 billion in write-offs.

Fast forward to 2021 and commodity prices are again providing dramatic signals – especially fossil fuels.  Year to date, coal is up 201 percent ($243), natural gas +131 percent ($5.55) and oil (WTI) is up 66 percent ($82.11).  In Europe and the U.K., prices of natural gas are up an alarming 389 percent and 318 percent respectively.  Such huge moves in very liquid contracts beg for examination.  It may well be one of the big economic stories of the year.  What is the message of these price signals and what might they portend?

Here is one possible explanation – the confrontation between efforts to decarbonize the global economy to combat climate change and the world’s insatiable and growing demand for electricity has created unintended consequences.  Some back story – the amazing success of fracking over the past ten years created abundant supplies and very low prices for natural gas.  Over the past decade natural gas became the go-to fuel for electricity in America, doubling its share from 20 to 40 percent.  It is also a key electricity fuel in Europe and China. The liquefied natural gas (LNG) market also grew dramatically.  At the same time, the zeal to reduce CO2 emissions has resulted in hundreds of coal plants and mines being shuttered.  Thanks to generous government subsidies, new electricity fuel processing investment has focused on solar and wind farms.  For all the attractive qualities of wind and solar, their ‘intermittency’ makes them unable to dispatch on command.  The result has been a greatly changed electricity fuel mix both here and abroad with much greater dependence on natural gas for reliable, dispatchable electricity.

This year’s huge jump in natural gas prices could simply be growing demand catching up with supply combined with excessive investment in fuel sources that aren’t always available.  In an ironic twist, the quest to protect the planet from climate change may have made our electricity system more vulnerable to ordinary weather events like cloud cover or the wind not blowing.