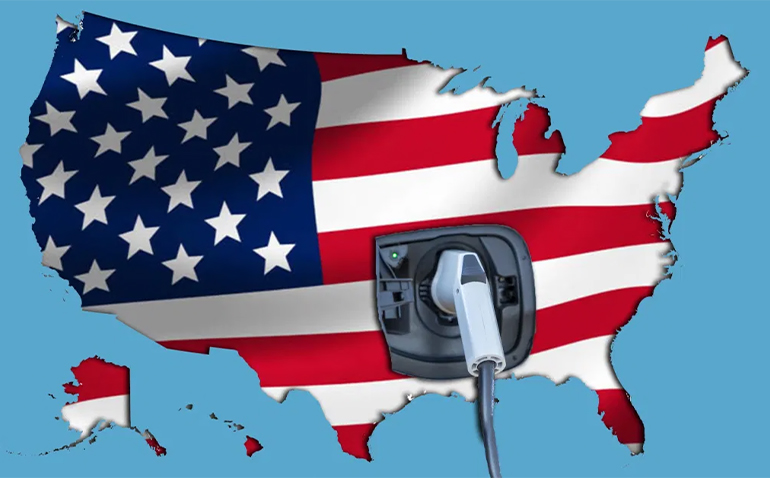 While the heavy ‘fog of war’ still lingers over the pandemic battlefield, people can be excused for not realizing that America is in the midst of a monumental economic transition.  This mega-transition is the switch from internal combustion engines (ICE) that burn fossil fuels to electric powered vehicles (EVs).  This is a big deal with the current nationwide fleet of vehicles estimated at 276 million of which EVs make up less than 2%.

The catalyst is the Biden Administration’s plan to decarbonize the economy with a goal of reducing CO2 emissions by 50% by 2030 and net-zero emissions by 2050.  These are very ambitious targets but regardless, Corporate America is on board with commitments, plans and announcements on an almost daily basis, e.g., new EV models, new battery plants and more recharging stations.  This suggests much greater growth in demand for electricity than utilities have seen in 50 years.

This paradigm shift of power will take decades to play out and transform many sectors and industries along the way.

For electric utilities, the conversion to EVs is a huge game changer.  Electrification was one of the great advances of the 20th century and the industry has evolved over the decades as a natural monopoly with heavy regulation at the federal and state levels.  Cheap and reliable electricity is something ratepayers and regulators agree on.  The slow but steady 1% growth of highly regulated utilities will be jolted by EVs.

Why?  For the average American, their car or truck uses more energy than any other product or piece of equipment that they come into contact with.  Their home furnace is a far behind second.  It takes a lot of BTUs to move a 3000 pound vehicle down the road.  The average American spends almost as much or more on gasoline as they do on electricity.  Shifting a chunk of that spending from gasoline to electricity will rattle the energy and power markets.

The pursuit of a decarbonized economy will be a double-edged sword for electric utilities.  There will be huge new demand but fuel choices on the generation side will be limited.  It is not clear what mix of fuels will meet the cheap, reliable and low emission metrics, but California and Texas are already facing brownouts due to difficulties with the intermittent nature of most renewables.

So what will demand be?  Some back of the envelope math — to reach the 2030 goal of a 50% reduction in CO2 emissions would suggest a U.S. fleet with half ICE vehicles and half EVs.  The resulting increase of 135 million EVs would increase U.S. electricity demand by 38% or 425 GW (gigawatts).  Adding 425 GW of electricity generation is a mammoth task that will take years and cost hundreds of billions.  For context, all the utility scale plants across the U.S. at year end 2020 accounted for 1,117 GW and some of that capacity is near end of life.  New utility scale electric plants take years to plan, permit and build.  To serve 140 million EVs in 2030, planning needs to start right now.

But, it is not just fuel choice and production that challenges utilities.  A 38% increase in usage means big upgrades for the transmission and distribution systems that make up the grid.  New heavy duty batteries need more heavy duty circuits at the local level.  It will take tens of billions in grid investment just to deliver the tens of gigawatts in extra electricity to the last mile.

The billion dollar question for consumers is what happens to the price of a kilowatt hour with the hundreds of billions if not trillions of new capital investment in the utility sector?  The utilities expect to get a return on that investment, and that normally comes from the ratepayers with the approval of state regulators provided it is “prudent”.  The magnitude of this transition makes it ripe for the misallocation of capital on a grand scale.  One only has to look back to the Kemper “clean” coal plant to see what might go wrong.  The Kemper calamity almost cost ratepayers in southeast Mississippi over $6 billion in extra electric bills.

With the trillions of dollars being invested and committed at the federal level and tens of billions at the state level, it is more important than ever for Mississippi to have an official consumer advocate watchdog to protect the ratepayers who will be the ones paying electric bills for decades to come.