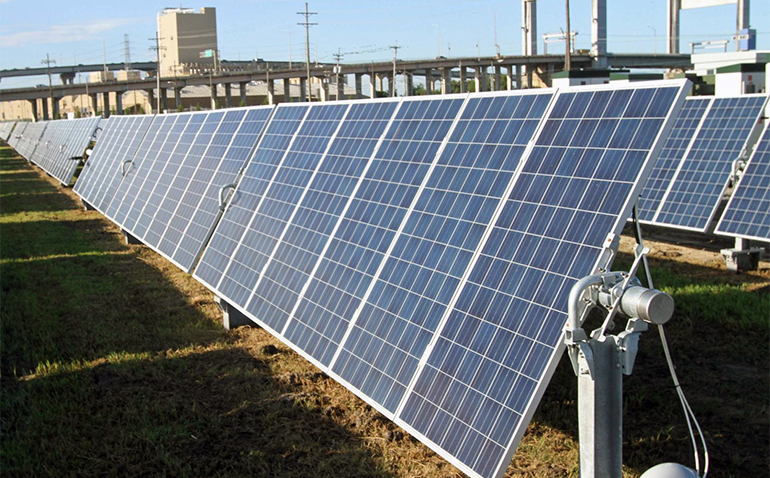 Mississippi Power’s failed $7 billion Kemper County Lignite Plant project experiment is the largest energy boondoggle in Mississippi’s history.  Fortunately, the company (not its customers) paid for all but $845 million of its cost.  The Mississippi Public Service Commission, which regulates electric utility monopolies, denied prudence in 2018.  It finally decided the company couldn’t make its experimental gasifier produce synthetic fuel gas from lignite – after trying for eight years.

The $845 million that customers paid for the project’s turbines to run on natural gas was not a bargain.  The company could have proposed and the PSC could have approved a cheaper reliable combined cycle natural gas plant initially.  But federal tax incentives for “clean coal” experiments were not available for conventional natural gas plants.

Now, Entergy proposes a $1 billion solar and wind power generation experiment for customers in its 45-county monopoly service area.  The PSC, which also regulates Entergy, has signaled support.  So have the governor (different governor), other politicians, and promoters and contractors who like such projects.

Green solar and wind projects are also driven by tax credits and federal government incentives.  OPM – other people’s money.  Such projects funded with OPM always seem to cost more than advertised.  Kemper started out at $1.6 billion and ended up at $7 billion.

The advertised appeal is that fuel (wind and sunshine) is free.  No natural gas and coal to buy.  Customers will just pay interest and a return on the money to build, operate, and maintain the windmills and solar arrays, and for transmission cost for the power (which they now pay anyway).  So wind and solar may be a bargain.

But they may not.  No one knows how long windmills will last, their operating and maintenance cost, or their reliability.  Same for solar.  Entergy Mississippi says it wants to learn these things from its initial foray into renewables.  That seems prudent.  It may cause the PSC to deem renewables prudent and put them into the rate base so customers will pay for them.  But Entergy Mississippi’s sister companies in other states already have about 1.5 GW of renewables operating or under construction.  Why not learn from them?  Why make Mississippi customers another guinea pig?

Another advertised appeal of renewables is that they don’t involve burning coal or natural gas and emit carbon dioxide – which is said to cause global warming.  Hence, green energy is good.  It’s virtuous.  It appears virtue signaling companies will pay a premium for green energy.  And build cloud storage facilities and manufacturing plants and create jobs where there’s green energy.  Hence, green energy is good for economic development.  Which is good for everyone.  However, virtue signaling companies want and need reliable power 24 hours a day, 365 days a year.  So do ordinary retail and residential customers – who just want affordable dependable service.  It’s the PSC’s job to see that they get it.  Kemper’s power was neither reliable nor affordable.

What about Entergy’s green power?  Will it be affordable?  Who knows.  If it’s not, maybe the PSC will make the company pay for it.  Will it be reliable?  Maybe not.  What will the PSC do then?  What will customers do if there are power outages and rolling blackouts?  Where will they get their power?

Are outages and blackouts more likely as Entergy adds renewable energy sources to its system?  Yes, because renewables are intermittent (off and on) sources of energy.  They don’t make electricity all the time.  Windmills don’t generate electricity when there’s no wind.  And solar doesn’t either at night or when it’s cloudy.  Installed U.S. solar and windmill projects historically generate 24-35% of their nominal capacity.

So renewables need backups (natural gas, coal, nuclear) that can run 24/7 to keep the lights on, the air conditioners cooling, the furnaces heating, and so on.  Wind and solar renewables are often off-line when grid system demand peaks due to weather – hurricanes, heat waves, cold snaps.  Remember the blackouts in Texas last winter when the wind didn’t blow and windmills froze?

A rule of thumb is that grids can become unreliable (unstable) when renewables reach 30% of the total generating capacity.  Entergy Mississippi’s grid has about 4 GW total generating capacity now.  That’s more than enough to meet demand growth because its system demand is not growing.  About 73% is natural gas, 15% coal, and 12% nuclear (Grand Gulf).

Entergy proposes to add 1GW of renewables in the next five years.  Its system would then have 20% renewables – well below the 30% danger level.  And on paper it has excess capacity vs demand as cushion if needed.  However, its old fossil fuel plants and Grand Gulf are subject to frequent outages and unscheduled maintenance.  So even 20% renewables could be destabilizing.

But Entergy also plans to shut down 1.2 GW of old natural gas capacity by 2025 .  Renewables will then be over 30%, and risk of grid instability will be high.

Hello PSC!  This sounds like a recipe for disaster.  It’s what Germany has done.

Germany is further down the “renewables are virtuous” path.  By the end of this year, it will have shut down all of its nuclear capacity.  And all its coal capacity by 2024.  Wind is already 29% of its total generating capacity.  It’s having a cold weather crisis because the wind isn’t blowing.  Fuel and electricity prices are at all-time highs.  Seems virtue signaling is expensive – maybe unaffordable.

But not to worry.  Germany may just change the energy labels.  Call nuclear and natural gas green.  Build natural gas pipelines.  And don’t worry that China is building more coal plants than the U.S. and Europe are shutting down.  And that over half the people on the planet (the poor ones) are more concerned about abundant cheap energy (fossil fuels), jobs, food, and a better life than about virtue signaling.  There are poor people in Mississippi too.