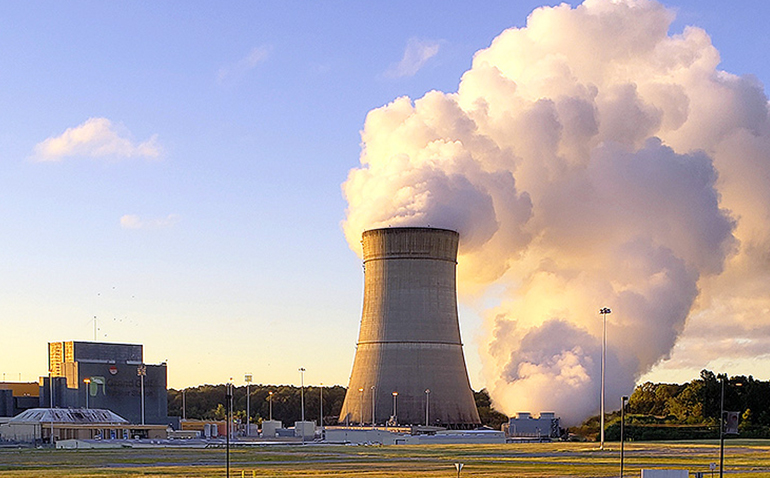 Electricity is something we take for granted.  You flip the switch and the lights come on.  But that is not the case at Grand Gulf now and that suggests trouble and higher electricity bills for Entergy customers across Mississippi.  Entergy Mississippi customers are paying for power neither received nor even generated.

For the past thirty-five years, the Grand Gulf Nuclear Plant in Port Gibson has been the cornerstone of Entergy Mississippi’s electricity production.  But those days are evidently gone.

Through mid-December, Grand Gulf has failed to produce electricity for 141 days during 2020 and only partial power for another 118 days.  This means the plant has run at capacity only 26% of the time in 2020.

This dismal performance has caught the attention of the Nuclear Energy Institute, which provides data that ranks Grand Gulf as the worst performing nuclear plant in the U.S. from 2017-2019 for its 68.8% capacity factor over those three years.  That is an F- grade when compared to the U.S. nuclear plant fleet average of 92% over the past five years.

And there are others warning about the costs and reliability of Grand Gulf.

In December 2019, The Liberty Consulting Group presented to the Mississippi Public Service Commission (PSC) a fuel audit and management review of Entergy Mississippi for 2018-2019.  This audit report was requested by the MPSC and it included numerous economic and operational aspects of Grand Gulf.

The audit states “When production at Grand Gulf is curtailed for any reason, the costs continue and the energy must be replaced by other sources, exacerbating the above-market costs of Grand Gulf.  This is due to the fact that most nuclear operation and maintenance expenses are fixed, not variable.”  The audit further states “Grand Gulf is an economic burden to Entergy Mississippi when running at high capacity factor and is even worse when production drops.”

Entergy Mississippi’s customers are paying for replacement energy from other sources in addition to paying for Grand Gulf’s costs, even when the plant is un-operational.

Grand Gulf’s most recent significant operational issues apparently began in September 2016 due to alleged personnel errors made by Entergy.

A Nuclear Regulatory Commission (NRC) report for that event states “The root causes were the inconsistent reinforcement of nuclear professional behaviors … and insufficient detail in operating procedures associated with the operation of [a key safety] system.”

In an October 27, 2017 Special Inspection Report, the NRC said “Grand Gulf plant management notified the NRC of their intent to delay startup of the plant, following the forced outage, to implement corrective actions to assess and resolve the plant’s operational performance concern … in the areas of operator fundamentals, conservative decision-making, procedure quality, and the material condition of plant equipment.”  This is concerning and also pretty scary.

If mistakes by Entergy personnel caused Grand Gulf to shut down, those costs for any repairs and the excess costs for replacement electricity should be paid for by Entergy and not its customers.  Operation and maintenance costs since 2016 exceed $2 billion, plus repair and upgrade costs of over $0.7 billion.  Power delivered by Grand Gulf for 2016 through 2019 was nearly half of the expected or normal power for such a plant.  Twice the costs at half the results.

Astonishingly, there has been no PSC investigation of prudency in Mississippi of the Grand Gulf issues that would determine who should be responsible for any increased costs.

In 2017, the Mississippi Public Utilities Staff (which is separate from the Public Service Commission) purportedly engaged a consultant to review the 2016 Grand Gulf outage.  But also dismaying — there has never been a publicly-released report of those findings.

The bottom line for Grand Gulf and Entergy — What does it plan to do with a very expensive power plant that isn’t carrying its weight or fixed costs in producing reliable and reasonably-priced electricity for its customers?

The bottom line for the Mississippi Public Service Commission — What do you plan to do for Entergy’s customers?