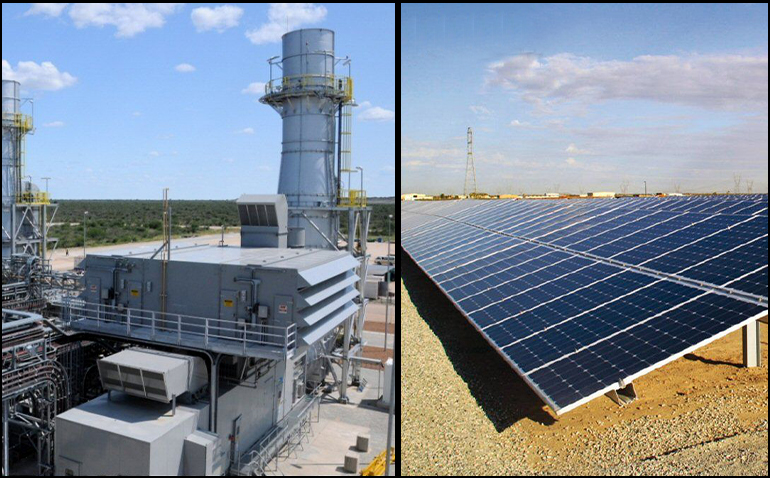 In reality, electricity from solar and wind (renewable energy) can supplement energy from fossil fuels (oil, natural gas, coal).  But thinking it can replace fossil fuels is wishful thinking.  Why?  Because renewables are intermittent (sporadic). Solar panels generate electricity about 30% of the time on average.  But they may not generate any electricity for days.  Same for windmills.

So natural gas or coal plants must be on standby 24 hours a day to backup intermittent renewables to prevent blackouts.  This increases plant costs and makes Green electricity expensive even though sunshine and wind are free.

Why is it hard to understand and admit this?  And that renewables can’t provide the carbon molecules needed to make plastics, antifreeze, pharmaceuticals, and thousands of other necessities?  Why?  Because it’s profitable for the Green Energy Cartel and the “scientists” and politicians and virtue seeking hustlers to ignore reality.  And say net zero carbon emissions are possible and necessary to save the planet.

When wishful thinking meets physics, physics wins.  Politicians in Germany and Great Britain thought wind could generate needed electricity.  They shuttered natural gas, coal, and nuclear backups and went all in on windmills.  Their wishful thinking will be painful for constituents this winter.

Closer to home, California and Texas grid failures show that intermittent Green energy causes blackouts.  Mississippians must be slow learners because EntergyMS just built a new solar plant in the Delta and schemes to build nine more.  None are needed to meet customer demand (which isn’t growing).

The Public Service Commission enabled the plant and makes Mississippians pay for it.  Say what?  You thought the PSC’s job is to regulate utility monopolies and see that customers get reliable affordable electricity.  And instead, it lets utilities build unneeded plants and makes customers pay for them.  And has done it for years.

You remember when the PSC enabled Mississippi Power’s Kemper County Lignite Plant.  That fiasco began in 2009 when two wishful thinking PSC commissioners said a $1.5 billion experimental plant was needed – even though there was no demand for its electricity, then or now.  (The third commissioner opposed the experiment.)

That experiment cost $7 billion.  It failed to convert lignite to synthetic natural gas.  The plant wouldn’t run.  At all.  But the PSC made customers pay $1.3 billion (twice the cost of a new plant) to modify part of the failure to run on natural gas.  Now, two commissioners want to shut down an operating coal plant to create a need for the modified failure’s electricity.

Despite these failures, one new wishful thinking commissioner says the PSC doesn’t get enough respect.  Seriously?  What has the PSC changed to earn respect?  The other new commissioner, the new Chairman and a realist, says the PSC must change.  The carryover commissioner, who opposed Kemper, may think so too.  But recent PSC decisions haven’t changed.

Why are the plants profitable?  Because utilities are monopolies – legal monopolies. Customers must buy from them regardless of price.  Their price includes a guaranteed 10%+ profit on their plant investment if the PSC says it’s “prudent.”  The PSC has never said a needed plant that runs wasn’t prudent.  So when the PSC says a new plant is needed, it’s higher electric bills for customers and higher dividends for shareholders if the plant runs at all.

There was a time when utilities built plants to meet growing demand for electricity.  Those plants were profitable, and customers benefited from them.  Then demand growth slowed with more efficient use of electricity (e.g., LED vs. incandescent lights, efficient appliances, smart thermostats, etc.).  Now electricity demand growth is flat in many states including Mississippi.

Utilities saw flat demand growth coming and joined other Green energy promoters to push wind and solar.  Renewables are a twofer for utilities since they require more natural gas backups.  Voilà: twice the investment and profit.

In 2013, the Edison Electric Institute (utilities’ trade association) and the Natural Resources Defense Council (environmental advocate) teamed up.  The Solar Industries Association joined them later.  This cabal promotes solar power.  Early this year, it preached solar to the National Association of Regulatory Utility Commissioners (i.e., the country’s PSC’s).  It was preaching to the choir for the new wishful thinking commissioner.  He promoted solar while running for the PSC.

The WSJ recently ran a three-page spread explaining “America’s New Energy Crisis.”  It can be explained in seventeen words: Too much Green energy (windmills and solar), not enough fossil fuel energy (oil, natural gas, and coal).  The “too much” and the “not enough” result from bad federal policy (laws, regulations, executive orders, tax breaks, higher taxes, etc.) that encourages Green energy and disparages fossil fuels.  There’s some bad energy policy in Mississippi too.

Too bad the PSC shills for utilities.  Two realist commissioners might change this.  Too bad the Public Utilities Staff is not the PSC watchdog the Legislature intended.  A competent Executive Director might change this – if the Governor appoints one.  Change might mean cheaper electricity.  And no blackouts.  That could actually lure investors.