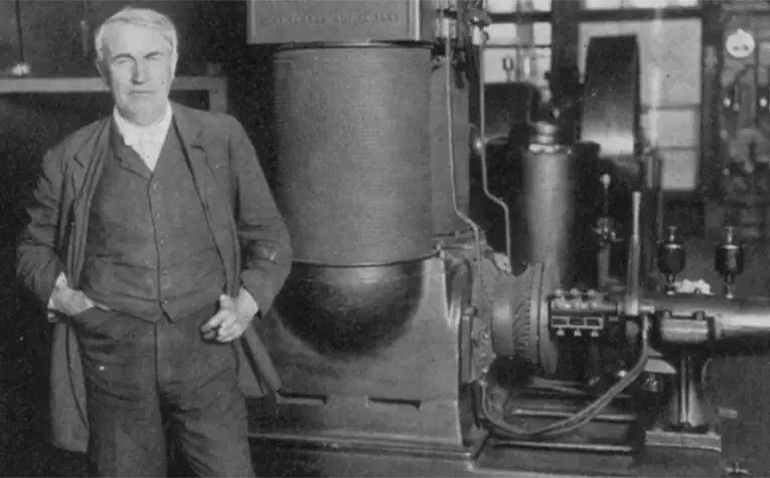 September 4, 2022 marked the 140th anniversary of the world’s first electricity generation station at 257 Pearl Street in lower Manhattan (NYC).  Thomas Edison dreamed it up and built it.  The electricity came from six 27-ton “jumbo” dynamos powered by coal.  At the start, Edison’s system delivered 600 kilowatts to 85 customers with 400 lamps, all within a quarter square mile of the station.

The system contained numerous innovations to include Edison’s incandescent light bulb.  From that humble beginning, Edison’s brainchild has become critical infrastructure for civilization and a primary enabler of human flourishing.

Remarkably, 140 years of technological advancement later, coal is still the primary fuel used to generate electricity worldwide with a market share of 36.7%.  In the U.S., coal’s share is 21.8%, which ranks second to natural gas at 38.3%.

These are ironic facts when one considers the massive efforts by many to consign coal to the ash heap of history.  There is even richer irony in the trials, tribulations, brownouts and blackouts that are inflicting many of the most advanced economies across the planet.  For those who don’t follow the European scene, there is an energy and electricity crisis roiling the U.K. and European economies with massive price increases and even shortages of firewood as winter approaches.

The past year has been a renaissance of sorts for electricity fuels.  Even as financial markets have stumbled the past 12 months, fuels for electricity have enjoyed a bull market:  Coal is up 140% to $427 a ton and natural gas is up 85% to $8.82 per MMBtu.  It’s a puzzling development that flies in the face of the global zeitgeist to move the world to net-zero emissions.

Today’s electric grid is a massively complex and elaborate system designed to generate electricity, deliver it through elaborate transmission systems, substations, and distribution networks to billions of outlets at very stable voltage levels.  And have it available everywhere at anytime with the flip of a switch.  This is no easy task.  If everything works as designed, you get “on-demand” electricity.  And that is what the public has come to expect at a reasonable price.

The fly in the ointment of today’s amazingly complex electric system is the intermittent nature of renewables and their increasing market share of the fuel mix.  In theory, free wind and sunshine sound great but the reality has been anything but.  When the penetration of wind and solar get above 10% to 15% of the fuel mix, the grid management becomes much more difficult and the stability of the grid suffers.  Imagine conducting a symphony orchestra when the woodwinds section is only available when the breeze is blowing briskly.  Electricity is very hard to store at an industrial scale which marginalizes the utility of intermittent sources.

Grid instability caused by heavy reliance on intermittent renewables has already wracked Europe and the U.K. and California is now caught in a similar crisis.  California’s electricity mix includes 14% solar and 11% wind.  Facing rolling blackouts, the state just voted to extend by five years the life of Diablo Canyon, the state’s last remaining nuclear plant.  It provides 8% of the state’s electricity.  In addition, the governor is now calling for citizens to hold off charging their electric vehicles (EVs) due to concerns over brownouts.

Over the past decade, political enthusiasm in Europe and the U.S. for renewables has shifted hundreds of billions in electric generation investment from conventional “on-demand” capacity to “intermittent” wind and solar farms.  In the developed world, many gigawatts of coal burning plants have been shuttered while China, India and other developing economies are adding coal plants even faster than the west is closing them.  Over the past five years, the world’s net addition of coal burning capacity is 120 gigawatts.  That suggests coal will be a dominant fuel for electricity for many years to come.

Thomas Edison is famous for saying, “We will make electricity so cheap that only the rich will burn candles.”  In the 21st century, the demand for electricity is inelastic but prices are poised to ratchet higher.  We can only wonder what the man that invented much of the 20th century would think of our current predicament.

In our quest for net-zero emissions, we should not succumb to net-zero common sense.