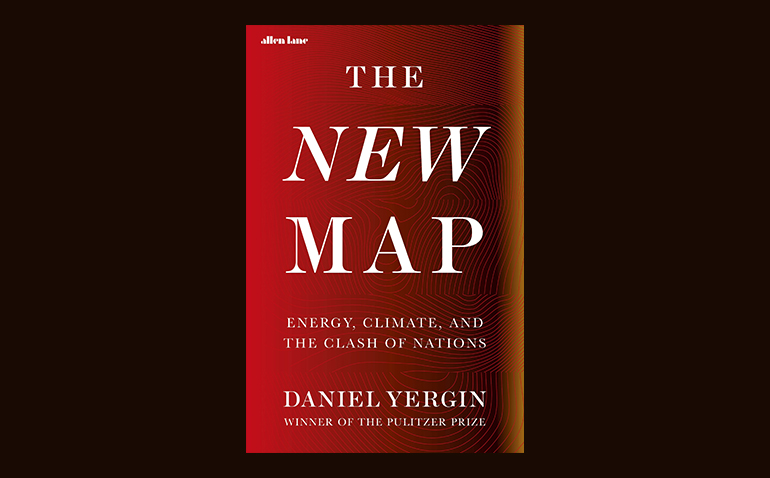 In the 1985 movie, Back to the Future, Doc Brown and his time traveling DeLorean were headed to the year 2015. It’s now 2021 and we still need roads. We also need The New Map by Daniel Yergin.

Daniel Yergin is a premier authority on energy. He won the Pulitzer Prize in 1992 for his book, The Prize. Now, he’s back with a warning about some monumental, once-in-a-lifetime transitions confronting the energy and automotive sectors. These transitions will cost trillions and create plenty of winners and losers as they unfold, so pay attention. Yergin doesn’t take sides, but he provides important context on energy, technology, politics and the future.

For the past 100 years, oil has been the world’s most important commodity. The first oil well was drilled in Pennsylvania in 1859, but it was the commercialization of the internal combustion engine decades later that made oil the King Kong of commodities. Since then, oil has raised standards of living, transformed transportation, made fabulous fortunes, boomed and busted economies, fueled progress, threatened wars, toppled tyrants and reorganized the planet’s politics.

The technology of fracking is the biggest thing to hit the energy business in the past thirty years. It turned the U.S. from an oil importer to an oil exporter. It is an ongoing tectonic shift that puts OPEC’s power in precarious peril.

The automotive industry is also facing multiple waves of disruptive innovation. From page 371, “Gasoline-powered cars versus electric cars. Personal ownership of cars versus mobility services. And people-operated cars versus robotic driverless cars. The result is a battle among technologies and business models, and a struggle for market share.”

The X factor in these technology-driven transitions is the Climate Change lobby and their dreams of decarbonizing the economy. They have the full support of the UN and their International Panel on Climate Change (IPCC) and are already influencing policy.  This is best seen in the vast array of regulatory carrots and sticks at the federal and state levels from grants, to subsidies, to tax credits to mandates, fines and penalties. The danger in such top-down bureaucratic measures is the risk of gross misallocation of trillions in investments that wastes resources and raises costs to consumers and ratepayers. Government incentives that can be altered or ended add complexity and uncertainty to the transitions ahead.

Tesla, the most valuable car company in the world by market capitalization ($658 billion), is the poster child for the power of carbon credits. Even now, eighteen years after its founding, Tesla makes more profits from tax credits than it does from selling cars. Yergin points out on page 373, “…the ‘demand’ for EVs is largely coming not from consumers, but from governments whose evolving policies are shaped by climate concerns as well as by urban pollution and congestion.”

All of this begs several trillion-dollar questions. What becomes of the current sophisticated logistical network of wellheads, pipelines, refineries and gas stations that provides easy access to fuel anywhere, anytime all across the country? If our automotive fleet goes all electric in 10 or 15 years as some hope, who invests the trillions of dollars to produce and deliver electricity, anywhere, anytime to a huge fleet of EVs? How do renewables fit in to these old and new networks?

Daniel Yergin doesn’t have the answers but he has provided a valuable guidebook for these critical transitions ahead.

Energy matters because we can’t live without it. It turns the lights on in the morning, it cooks our meals and it gets us where we want to go. It is fundamental to our quality of life, prosperity and our economic competitiveness. It is imperative that we get this right.