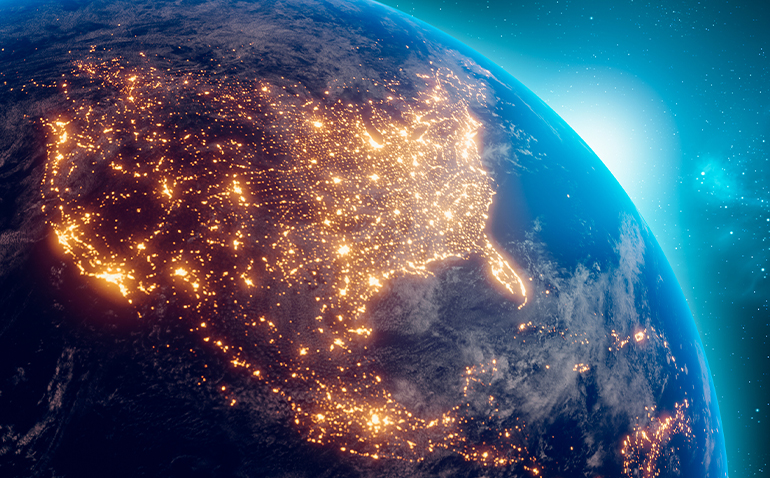 A revolution is underway in the land and life as we know and enjoy it is at stake. Why? Because the market in electricity generation is being divided between good fuels and bad fuels. Bad fuels emit CO2 while good fuels do not. But rearranging fuel types is no small matter, it requires large capital investment and makes electricity generation more expensive, more complicated and it turns out less reliable.

Reliability matters a great deal because the electric grid is the heart and soul of multiple interconnected and interdependent energy and communication systems, all of which enable the modern post-industrial world we live in. Go without electricity for just a few days and civilization begins to break down — just ask the folks in New Orleans this past week. Our lives, our homes, our workplaces and our cities are designed around cheap, reliable and ubiquitous electricity. Even more important to our children, electricity is how they charge their smartphones and laptops. All of that is now in jeopardy.

It is important to differentiate between wind and solar which are weather dependent, and renewables like hydro and geothermal which are geography dependent. Consumers in 2021 expect electricity around the clock which requires dispatchable electricity 24-7. The intermittency of wind and solar is their Achilles heel. While sunlight and wind as fuels may be free, they require reliable backup, which is usually a combined cycle natural gas plant. Such a standby plant raises capital cost for utilities and rates for consumers.

The catalyst for this big change is the quest to decarbonize the economy. Regardless of your opinion on climate science, the momentum to dramatically reduce carbon dioxide in the atmosphere is here, very real and a movement that will have economic ramifications for decades to come.

Two states at the vanguard of deploying wind and solar are worth a closer look. Both states are over 20% in intermittent generation, which is a challenge for grid operators to balance the load, demand and frequency required for a stable grid.

California was an early advocate of renewables with a wide array of incentives and mandates for citizens and businesses. They now have 30% of the nation’s solar capacity with 31 megawatts. At the end of 2020, 33% of the state’s electricity generation was renewable — solar 15%, hydro 11.2% and wind 7% with natural gas 48% and nuclear 11%. California has reduced coal to less than 1% and leads the nation in solar, but they have also seen the price of electricity double over the past decade.

Texas is unique in having its own self-contained grid, The Electric Reliability Council of Texas (ERCOT). Over the past decade, tens of billions in tax subsidies have ballooned wind powered generation in Texas to 7.8 megawatts, which is 28% of the nation’s wind capacity. Texas’s electric fuel breakdown is natural gas 46%, wind 23%, coal 18%, nuclear 11% and solar 2%. As a side-note, it is worth mentioning that if Texas were a member of OPEC, it would rank 5th in terms of oil and gas production. Texas leads the nation in wind generation electricity.

Over the past year, Texas and California have suffered severe disruptions in their electric grids, from rolling brownouts to multiday blackouts. Texas’s event was the worst, a February storm and deep freeze causing major loss of life and a near collapse of the state’s power grid. ERCOT failed at their namesake mission, reliability. There was lots of finger-pointing, but within 40 days the three Public Utility Commissioners, the ERCOT CEO and 6 of its 16 board members had resigned. Politicians and regulators should take note of this institutional failure.

Could it be Texas and California are the canaries in the wind and solar coalmines? Their hard lessons on intermittency and reliability should not be lost on the states with big plans to deploy wind and solar.