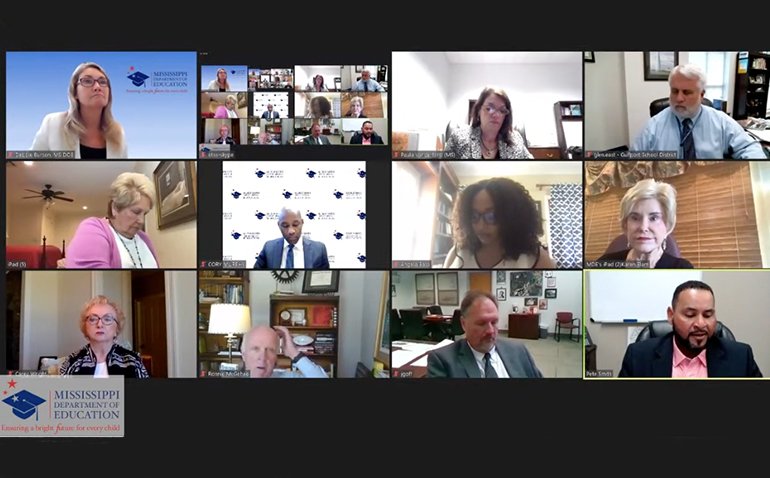 One area of state government that needs great reform is procurement.  It is too easy for the system to be rigged to ensure preferred vendors procure contracts to the exclusion of less connected, but possibly better, providers.

One favored method being used presently due to federal and state COVID-19 relief funds, is for agency heads to declare an “emergency,” which allows them to bypass the normal review process for awarding state contracts.

For example, the State Board of Education (SBE) voted recently to allow the State Superintendent of Education to declare an emergency in order to expedite the process of awarding contracts involving up to $231 million of these COVID-19 relief funds.  The board was told by staff members of the state Department of Education (MDE) that these contracts will be awarded “for the procurement of technology products and other professional services.”

In addition to the expedited process, the State Superintendent will ask two agencies to allow MDE to enter into three-year contracts under the emergency declaration, thus waiving the normal limit of one-year contracts.  MDE staff told the board that this is necessary because the federal guidelines for these COVID funds allow three years for the state to spend the money, but they only allow until early next year to “obligate” the money, meaning it must be under contract by then.  Otherwise, the money would be sent to the districts or returned to the federal government.

These funds are part of the $2.5 billion coming to the state from federal taxpayers through three COVID-related appropriations bills approved by Congress last year and early this year.  More than 90 percent of that money is going directly to school districts, but the $231 million that is the subject of the emergency declaration was provided to MDE for various purposes related to the effects of the pandemic.

While the rationale for the expedited process seems to make sense, there is reason to pay more than the usual amount of attention to the resulting contracts.  State Superintendent of Education Carey Wright has a record of skipping the competitive bidding process and awarding contracts to her close contacts.

MDE says contracts for work covered by the $231 million will start appearing before the SBE starting in November.  The members of the board need to scrutinize each contract carefully to confirm that they were properly awarded.

Hopefully, the State Auditor’s Office will add its scrutiny to ensure taxpayers get the maximum bang for their finite dollars.  The language of the procurement laws needs serious and careful review by the Legislature to better safeguard a fair bidding process.