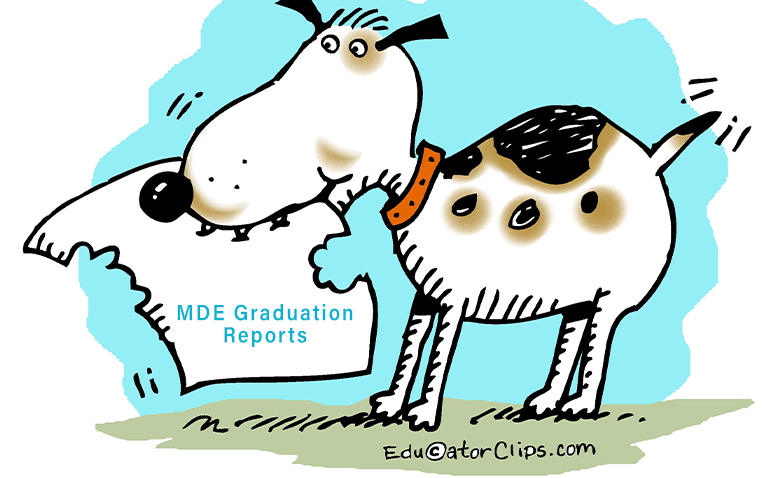 In early June 2020, the Office of the State Auditor (OSA) issued a scathing seventeen page report on the Mississippi Department of Education (MDE) and it appears MDE may need to repeat the last eleven years.

Among many items, the report states that MDE failed to maintain an Office of Dropout Prevention and neglected its record-keeping responsibilities.  Both are required by state law.

The Legislature passed a law that created an Office of Dropout Prevention (ODP) in 2006 and auditors found that the director’s position hasn’t been filled by MDE since 2009, when the last director resigned and wasn’t replaced.  The law says that the state superintendent shall appoint a director for the ODP, which means the agency must perform the task or be in violation of statute.

The law also set a goal of an 85 percent graduation rate by the 2018-2019 school year, with each district implementing a plan that was to be approved by MDE.

Auditors discovered MDE has yet to conduct an annual evaluation of local dropout prevention plans mandated by law since 2014 and that 73 percent of district-level plans failed to meet MDE requirements.  Auditors also discovered that only 29 percent of these programs are evidence-based.

Even the evidence-based programs, according to the report, were not implemented properly because of a lack of MDE supervision.

The key finding of the audit is this, “MDE maintained inapplicable graduation rate benchmarks when reporting progress to the State Board of Education.”  In short, MDE changed their methodology to capture students who had to re-do an extra year of high school without informing the Board of Education of the change.  The effect was to immediately boost graduation rates by 9 percent.

Investigators found that 36 years of records that are required to be sent to the Mississippi Department of Archives and History from 1975 to 2011 were missing, despite state law requiring their transfer to MDAH.  After a 2015 fire at MDE headquarters in downtown Jackson damaged many records, MDE discarded some dropout-related files that were undamaged, saying they “were no longer needed” and trashed because of “limited storage space.”

According to the report, the full extent of what was thrown out is unclear.

“This audit completely ignores the progress made in performance by schools, districts, and students across Mississippi,” said state superintendent of education Carey Wright in a news release.  “Given the tremendous progress Mississippi students, teachers and schools have made over the past six years, it is disheartening to read a report that focuses on outdated procedures that have not been effective.”