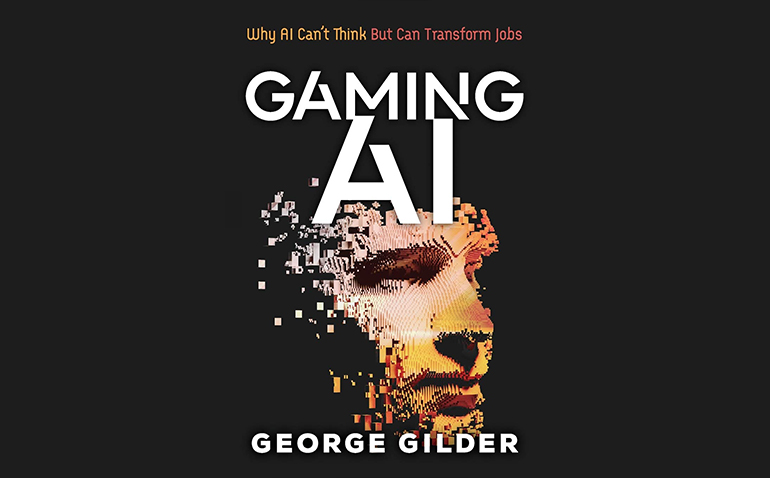 Ask a tech titan what the next “Big Thing” is and odds are he or she will proclaim it is AI – short for Artificial Intelligence.  For Big Tech, AI is the holy grail; computers that learn and advance their learning with the help of smart software, algorithms and thousands of iterative cycles.

Some of the AI diehards even think it might be the final “Big Thing.”  But not so fast – one very wise guy who has covered the technology field for four decades, written numerous bestselling books on the technology sector and has a powerful record in foretelling the future says AI is big but not the end-all for human progress.  His name is George Gilder and he has been writing about stuff and explaining things since the 1970’s.

He gained wide notoriety in 1981 for his classic Wealth and Poverty, which made the philosophical case for “Supply Side Economics”.  It quickly became must-reading for young staffers in the Reagan Administration and Gilder went on to become Reagan’s most quoted living author.

But it was in the deep weeds of technology that Gilder would leave his most lasting legacy of identifying and explaining the science and engineering that was revolutionizing computing and communication.  In the early ’80s, he traveled to Silicon Valley to report on the still young semiconductor industry.

In the decades that followed, George came to know many of the pioneers of the computer industry and followed them up the learning curve of knowledge and down the plummeting price curve of Moore’s Law that forecast that transistors on a microchip would double every two years.  These shrinking geometries and collapsing costs created ever-expanding markets of opportunity.  Over time, the power of this exponential growth radically transformed the computing and communication industries and with them, the U.S. and world economies.

Gaming AI is a short book, 42 pages, some would call a monograph.  The book’s nine sections (an introduction and 8 chapters) make it handy to read in just a few sittings.  Importantly, it makes a profound case against what many tech gurus consider a hinge point in history — that is computers advancing to the point where they can replace human brains and imagination.

Readers will find a fascinating array of quirky characters like Ray Kurzweil, Carver Mead, David Gelernter, Alan Turing, John von Neumann and Claude Shannon.  To understand AI one must appreciate the learning curve history of computing and information theory and George, an expert on those topic, surfs that luminescent tidal wave of cornucopian abundance as only George can.

There is much to learn and take away from Gaming AI.  Like all of George’s books, Gaming AI leaves readers with a better appreciation of human advancement and the humanity of the folks that propel the world forward.  The key take away is the critical difference between the determinism of AI and the incandescent imagination of the human mind.

If you want to exercise your mind, expand your vocabulary and take a peek at the future, you should read this book.