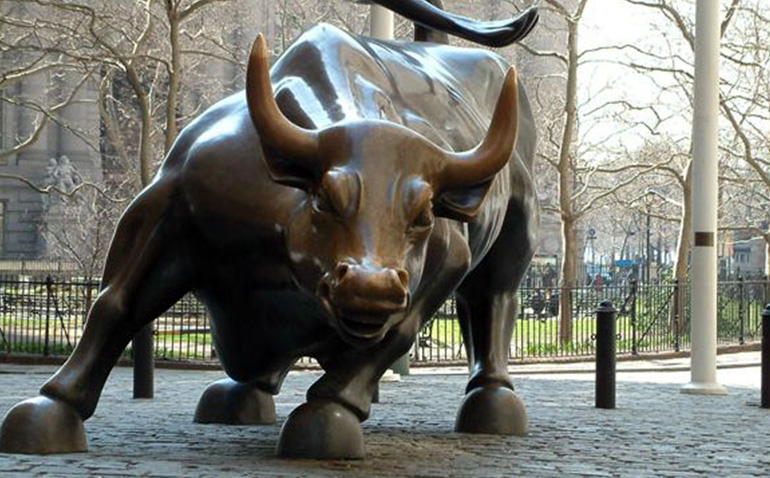 In only 45 days America has gone from the premier model for capitalism to the best museum for capitalism.  The exhibits are everywhere for everyone to see — vacant malls, empty restaurants and bars, shuttered plants, closed campuses and schools, barely used airports, empty canyons of avenues and skyscrapers in cosmopolitan cities.  The country’s grandest sports venues stand silent and empty as forlorn as Rome’s Coliseum.  Meanwhile, doctors and nurses work feverishly under severe duress while hospitals plan for the worst with fear of being overwhelmed.  Adding to this bizarre post-apocalyptic moment are empty grocery store shelves not unlike Venezuela’s and churches closed while liquor and gun stores remain open.  And if that was not enough, the Army Corps of Engineers is now constructing a field hospital out of tents in New York City’s Central Park.

The headlines are all fear and panic, bordering on mass hysteria.  And the reality follows apace, the day after April Fools saw new jobless claims top 6 million for the week.  The biggest loss ever, making 10 million jobs lost over the past two weeks.

The catalyst for this breathtaking turn of events is, of course, the microscopic and invisible Coronavirus COVID-19.  The virus and the government’s action taken to address it are game changers.

The past fifty years have seen extraordinary scientific advances in medicine, medical technology, biotechnology and the sequencing of the human genome.  Yet despite much of this Nobel Prize winning knowledge, we find America confronting this global pandemic first and foremost with the primitive paradigm of ‘social distancing’.

Social distancing is the call to keep six feet of distance between people.  This protocol may be effective in its rudimentary way but the secondary effects are wide and deep.  Reasonably enforced, it should flatten the upward slope of infection.  But alas, it is also flattening and in some cases suffocating much of America’s modern economy.  The seemingly modest requirement of social distancing is already having calamitous effects on the exquisitely complex and intertwined economy and society that America has become in the 21st century.

It is critical to remember that it is the economy that sustains us.  We and our government ignore that point at our peril.  The economy we were enjoying just 45 days ago was a marvel of cornucopian abundance.  Lest politicians forget, the government and all its grand aspirations are entirely dependent on the success and largess of a successful economy and its creative class.  Shut it down and the result will be chaos.  That is not a prediction but rather a key lesson of history.  The economy is best understood as a living breathing organism.  Put a tourniquet on it and it will atrophy.

Shuttering industries like restaurants quickly cascades through the ten million folks restaurants employ and on to their suppliers, landlords and small businesses that serve the industry including the banks that loan them money.  And such cascades are rippling through industries everywhere.  The service economy is especially hard hit by ‘social distancing’ because servicing people is its value-add proposition.

Consider modern day ‘just in time’ globe spanning supply chains for simple products like hand sanitizer.  Hand sanitizer is now a hot product and in short supply because of hyper demand for hygiene.  Many local craft brewers and distillers noted the shortage and transitioned their equipment to meet the 60% FDA required alcohol content for sanitizer.  But they found themselves stymied by a shortage of plastic bottles which it turns out are all sourced from China.  Not to worry, 55 gallon drums of hand sanitizer are now found in several locations around Jackson.  Bring your own bottle.

The conundrum of Coronavirus and a healthy economy is one of the most daunting challenges the country has faced in decades.  The next 45 days are critical.  The FDA and the CDC with their viral models have dominated the COVID-19 response so far.  But models work until they stop working and the latest evidence from hospitals across the country suggests much less hospitalization than their models had predicted.  Sometime very soon the pendulum will swing from safety at all costs to economic revitalization.  The creative class is anxious to transform the museum into the robust economy it was only months ago.