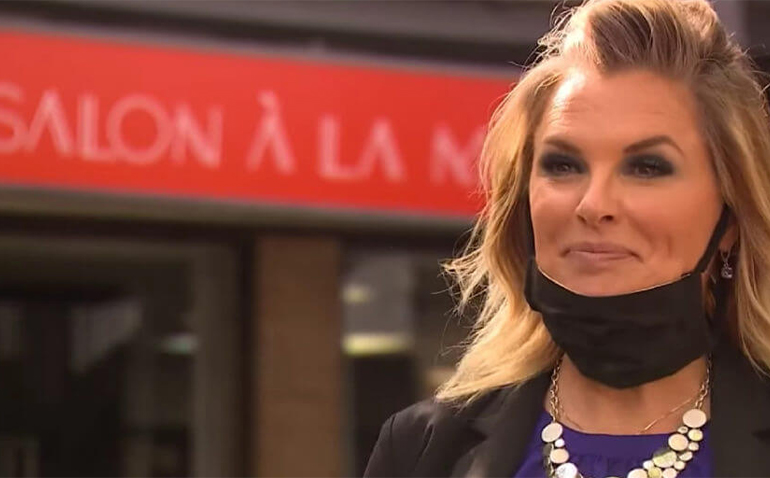 In 1953, Rosa Parks refused to go to the back of the bus in Birmingham.  She was a seamstress and a civil rights activist.  She was arrested for civil disobedience for violating Alabama’s segregated bus laws – which were subsequently held unconstitutional under the Equal Protection Clause of the 14th Amendment to the Constitution.  She became an international icon of resistance to racial segregation.  Today, she’s remembered by many as “the First Lady of civil rights“ and “the mother of the freedom movement.”

In May of this year, Shelley Luther refused to close her hair salon in Dallas in compliance with the Texas Governor’s Covid-19 lockdown orders.  The story has been widely reported including  by Karen Townsend at HotAir.com recently.

Shelley was found in civil and criminal contempt by a Dallas Civil District Judge and sentenced to seven days in jail and a $500 fine every day her salon stayed open.  But the judge offered to let her off if she apologized for her selfish actions of putting her own interests above those of the community.  She didn’t back down.

Her reply was not as pithy.  But it reminded me of General McAuliffe’s “Nuts” to the German’s surrender offer at the Battle of the Bulge in World War ll.

“I have to disagree with you sir, when you say that I’m selfish because feeding my kids is not selfish. I have hairstylists that are going hungry because they’d rather feed their kids. So sir, if you think the law is more important than kids being fed then please go ahead with your decision but I’m not going to shut the salon.”

The Governor backed down though.  He may have stuck a wet finger in the Texas political wind and found it wasn’t blowing his way.  In any event, he pulled the rug out from under the judge and said this:

“Throwing Texans in jail who have had their businesses shut down through no fault of their own is nonsensical, and I will not allow it to happen. As some county judges advocate for releasing hardened criminals from jail to prevent the spread of COVID-19, it is absurd to have these business owners take their place.”

The Governor also opened Texas hair salons and barbershops.  U.S. Senator Ted Cruz stopped by Shelley’s saloon for a haircut.  He knows how the political wind blows in Texas.   Shelley Luther may know too.

She decided to run for the Texas State Senate.  She said:  “I  never admitted to being a politician, but when it came down to who had the cojones when we were completely shut down and people were committing suicide, I stood up.”  She tied for first in a special Republican primary election this week after calling the Republican governor “a tyrant” while campaigning.  She’s in a runoff with a four term Republican incumbent.

Interestingly, the Governor of Texas hasn’t endorsed either candidate.  Makes you wonder if polls show Shelley’s rebellion has more support than the Governor’s executive order.  She’s drawing support from other small business owners who have been hurt by the Governor’s policies.  She’s pitched herself as a normal person like them – who is willing to take their fight to the state capitol and go up against the establishment.

Other Republican governors may be watching and trying to figure out how to back down from destructive policies without seeming to back down.

Taking consent of the governed for granted has political risks. Political winds change.  Flatten the curve resonated once.  Then events proved it unneeded and destructive.  This resonates now: “… if you think the law is more important than kids being fed …”  Especially if the “law” is an executive order with dubious constitutional basis.  And if the governor is a tyrant.

Tyrants have limited political shelf life in some states.  Some states like South Dakota never had one.  Its Governor treated its citizens like responsible adults. And they acted that way and suffered minimal Covid-19 casualties and little economic and other medical collateral damage.

Some states like New York may be destined to have tyrants from now on despite record Covid-19 deaths and massive lingering (and growing) collateral damage.  Tyrants and the establishment that supports them are notoriously slow to relinquish power.

It all depends on the consent of the governed.