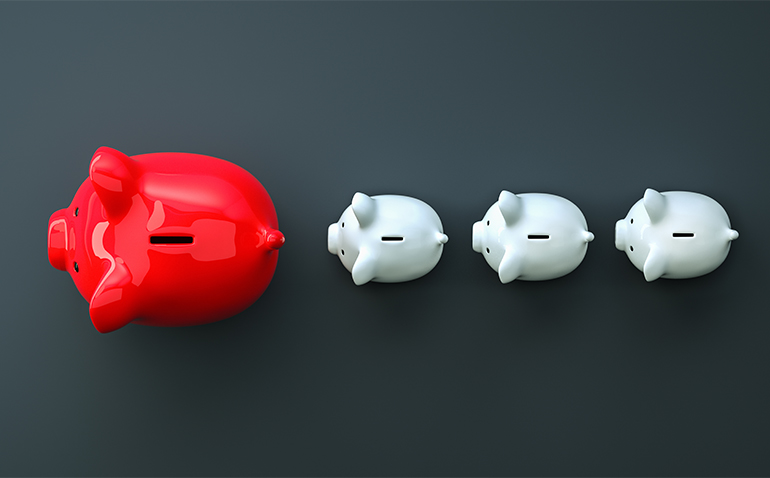 Right now, the fund has a $16.6 billion unfunded liability, meaning the contributions of state and municipal employees and income from the plan’s investments aren’t enough to cover present and future benefits for retirees.

To cover that would require three years of all of the state’s tax revenues, which add up to more than $5 billion on average. While the Mississippi Legislature isn’t going to close down the state’s government for three years to fill this hole in the state’s finances, it’s instructive to illustrate the fiscal depths in which the pension system resides.

When compared with other states as just a dollar figure, that number isn’t really that bad. Depending on what methodology you accept, either Pew Charitable Trusts or bond ratings firm Moody’s, Illinois is in a bad spot. Pew lists Illinois’ 2016 pension liability at more than $141 billion, while Moody’s says the state has an unfunded liability of $250 billion.

There is a way to compare the impact of pension debt on a state’s finances, not unlike a golf handicap. That’s to find out the percentage of state revenues it’d take to cover the shortfall.

In the case of Mississippi (301 percent), the state is second to New Jersey, which would need 4.85 years to cover its $168 billion in unfunded pension liabilities.

It’s easy to see why Mississippi and other states are in this predicament. Too much was promised to retirees and overly optimistic predictions on future investment returns allowed them to justify the benefits.

One problem for Mississippi taxpayers is they’re about to pay more through increased employer contributions that was passed in June by the PERS board.

This could add up to $87 million in increased outlays for the state and $25 million for municipalities and school districts.

With the exception of the state treasurer, who is elected by citizens, the rest of the board is composed of PERS members who represent state employees, the community colleges and universities and municipal employees.

If you noticed there wasn’t a non-PERS member who is a taxpayer representative on the board, give yourself a round of applause.

Considering the massive amount of money managed by PERS, wouldn’t it be prudent and fair for taxpayers to have representation on the PERS board?

Taxpayers are likely responsible to cover benefits when PERS can’t pay its bills thanks to a shrinking number of contributing members and possible downturns in investment income like the 2009 recession.

Taxpayers should at least have a seat at the table since they’re going to pick up ever-larger parts of the pension tab.