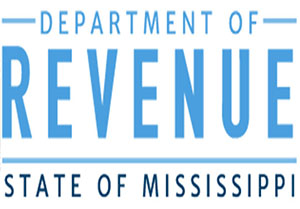 The DOR’s actions under Frierson — while understandable in light of the state’s inability to meet its tax revenue forecasts — present an ominous threat to new, growing businesses in the state.

Also, the manner in which the agency is pursuing these changes, through administrative actions against the wishes of the Legislature and in violation of the U.S. Constitution, is also troubling.

First, the DOR has tried to enact an internet sales tax via administrative action that would force online retailers with in-state sales of $250,000 or more to collect the state’s 7 percent use tax.

The department reached a deal with Amazon in which the internet retail giant collects the state’s 7 percent use tax on Mississippi purchasers, but refuses to release terms of its agreement. The agency also used a carrot and stick approach in its proposed regulation, stating that it won’t be governed by any statute of limitations when determining the tax liability of those firms who don’t voluntarily enter into a deal similar to Amazon’s.

The Legislature voted down several attempts to pass an internet sales tax, which would be unconstitutional according to a 1992 U.S. Supreme Court decision Quill Corp. v. North Dakota. The Quill decision requires a company to have a building or other footprint in a state before a state can force it to collect sales tax.

admitted in an interview with the Jackson Clarion-Ledger that passage of such a rule would be unconstitutional and likely invite a legal challenge, as in three other states which passed internet sales taxes.

The DOR is also proposing changing the definition of prepared food that would strain the limits of reasonable regulation and add major compliance costs to small businesses ill-equipped to cope. It would force more businesses to pay local tourism taxes levied on hotels and restaurants.

According to the proposed regulation, a customer buys a 20-ounce soda in a bottle and takes a straw to drink it would require the seller to levy the tourism tax since adding a straw would mean it was considered “prepared food” and thus subject to additional tax.

The DOR is out of control with its rule-making and needs to be restrained by the Governor. Economic impact studies should be required as part of the rules-making process. The lack of movement in the Legislature on tax increases shouldn’t be invitation for the unelected DOR to use the unaccountable administrative process to enact what the people’s representatives won’t pass.