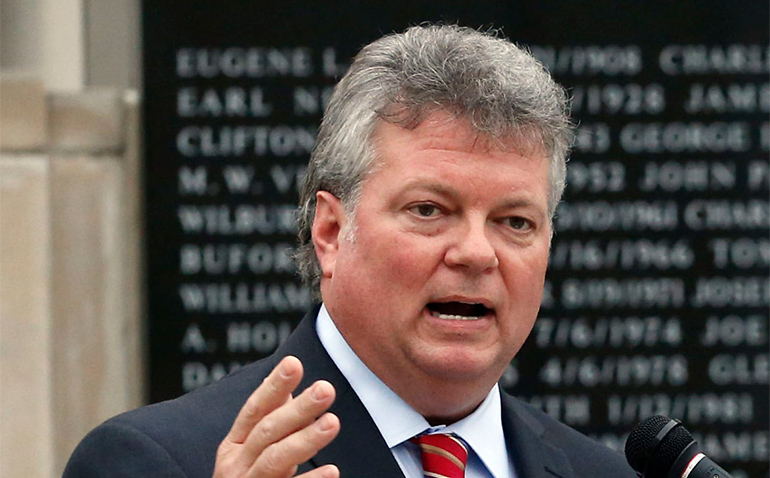 The Mississippi Legislature is choosing sides in the fight between Mississippi’s Attorney General and Public Service Commission.  The fight is over $600 million of over-charges by Entergy Mississippi to its customers for high cost electricity from its sister companies in other states.

Trial lawyers are rooting for the AG and their contingency fees.  Entergy is rooting for the PSC which has Entergy’s back (and Mississippi Power’s).  Entergy’s customers may not care because any recoveries will probably go to Mississippi’s General Fund, not to them.  The Legislature is conflicted.  It likes money for the General Fund, but hates that it comes from the AG.  Others hate that trial lawyers get a piece of it and give campaign contributions to the AG who gets re-elected.

This started in 2008 when the AG sued Entergy for anti-trust violations.  The AG said Entergy over-paid for electricity from its affiliates vs buying cheaper electricity from third parties.  It then resold the higher cost electricity to its captive customers.  So customers paid more than they should have.  The PSC, which regulates regulated monopolies like Entergy, blessed the higher prices.  The AG’s suit ended up in federal court where it languished (along with many others) for years.  But it’s finally coming up for trial.

Meantime, the US Attorney General weighed in over the alleged antitrust violations making essentially the same case that the AG made.  The USAG got Entergy’s attention.  So Entergy cut a deal.  The deal was that the USAG would drop charges if Entergy joined MISO (Midcontinent Independent System Operator) and bought its cheaper electricity for Entergy’s customers.  MISO is a non-profit RTO (Regional Transmission Organization) that sells excess electricity from its members.  Entergy buys the excess electricity if it’s cheaper than its own or its affiliates electricity.  So its customers benefit.

Entergy says it saved customers $50 million the first year it joined MISO.  Customers continue to benefit.  Energy is rightfully proud of the savings.  And brags about it.  But it’s quiet about why it waited twelve years to join MISO and overcharged (according to the AG) its customers $600 million in the interim.  All of this was told in “An Untold Entergy Story” by Bigger Pie Forum in 2015.

As part of the settlement with the USAG, Entergy Mississippi also agreed to sell its transmission system to an independent company to give independent power producers a way to deliver their cheaper electricity to customers.  But the PSC blocked the sale.  Why?  The PSC said it could lead to higher rates.  That’ rich.  That’s the same PSC worrying about higher rates that blessed the infamous Kemper County Lignite Plant and its higher rates for Mississippi Power’s customers.

The PSC was more likely worried about its turf.  It wouldn’t control rates for independent power companies selling to an independent transmission company because the FERC (Federal Energy Regulatory Commission) regulates those.  That would break up the PSC’s monopoly to set prices in the monopoly service areas it regulates.  And we all know that monopolies lead to lower prices.  Right?

In this case, however, a monopoly did lead to somewhat lower prices.  The independent power producers couldn’t sell their power and went broke.  Entergy bought two of their plants for pennies on the dollar and passed the savings (or some of it) on to customers.  So today Entergy’s rates are lower than Mississippi Power’s thanks to that and to MISO.  But they would have been lower long ago if Entergy had joined MISO before the AG’s action prompted the USAG to get into the act.

The PSC’s decisions in the Kemper debacle show the need for changes in its rate making process.  Residential customers are not effectively represented before the commission.  The Legislature could provide for a customer/consumer advocate with budget and staff within the PSC to represent them and others who are powerless victims of the current process.  Now the Public Utilities Staff tries to represent utilities and customers both and carry water on both shoulders.  It can’t.  Large customers can effectively represent themselves — as their cheaper rates show.

Ironically, it appears that the AG has the power to protect customers/consumers in cases like Kemper.  But didn’t.  He ignored what appears to be massive fraud on customers and the PSC.  Was/is he waiting on an invitation from the PSC to take a look?  Don’t hold your breath.

Legislative sentiment is not to give the AG more power.  But it seems ill advised to try to limit his actions with respect to regulated utilities and make them conditional on PSC referral or request.  The argument is that the AG would interfere with or usurp the PSC’s rate making authority.  That doesn’t seem to be the case with Entergy.

The AG’s antitrust action is not a province of the PSC.   So the PSC has no rate making role.

Entergy says it has received clean audits by federal and state agencies.  Therefore, the AG should keep its hands off.  And the Legislature should help the PSC shield utilities from the AG’s meddling.  But Entergy wasn’t audited for anti-trust compliance or consumer protection.  And it didn’t pass antitrust muster with the USAG.  It may not pass in the upcoming trial either.

By the way, the PSC didn’t distinguish itself in Kemper’s rate making.  As the Mississippi Supreme Court noted, “…the commission has exhibited a pattern of conduct throughout these proceedings that exceeds its authority.  The Commission’s tasks remain undone and its duties unfulfilled.”

The former commissioners earned the Supremes’ disdain.  The new commissioners are better — competent and conscientious.  They and the carry-over commissioner saved customers billions.  However, they still approved hundreds of millions in extra cost for Kemper’s turbines.  And they don’t seem concerned about sweetheart legislation passed for Kemper that should be repealed.

There are no heroes in these stories — yet.