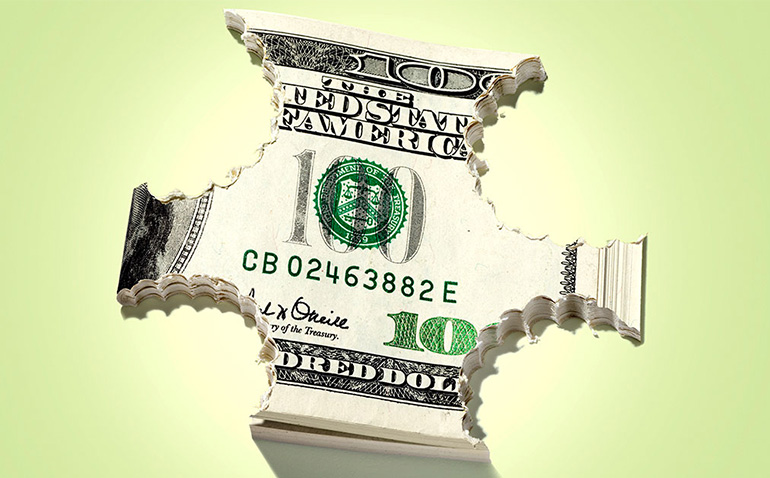 In the last decade, PERS investments have averaged a return of 6.38 percent.  The plan’s expected rate of return is 7.75 percent.

These investment returns are important because they allow PERS, which covers most state, county and municipal employees in Mississippi, to expand its bottom line to ensure it can pay benefits to retirees while ensuring the plan will be able to do so when contributing employees join the ranks of the retired.

Right now, PERS is only 62.5 fully funded. The plan’s funding ratio — which is defined as the share of future obligations covered by current assets and provides a useful snapshot for gauging the health of a pension fund — was 88 percent funded as recently as 2001.

Like most pension funds, the PERS plan pays a fee to investment managers to help the plan realize maximum earnings potential.  Since 2009, PERS has paid more than $647 million in fees to outside money managers.

PERS investments in the stock market, bonds and real estate returned $2.4 billion, or about 9.48 percent for year ending 6/30/2018 and it paid more than $103 million to outside investment firms in fees and trading costs.

A 2018 study by North Carolina State University says that state pension funds have paid billions in fees to private investment firms for active management of assets.  The study found that the plans would have smaller unfunded liabilities and similar investment results if they simply put their money in conventional index funds rather than paying fees to money managers.

The study also found no relationship between better performance and higher fees paid by pension funds to investment firms.

Here are some other states from which observations can be drawn:

Alabama’s Retirement Systems of Alabama (RSA) is managed differently than Mississippi’s.  While the plan has investments, it also owns golf courses statewide (the Robert Trent Jones Golf Trail), large office buildings (known as RSA towers located in Mobile and Montgomery), hotels and a media company, Community Newspaper Holdings.  It sold most of its interest in Raycom Media, which owns several Mississippi TV stations such WLBT-TV and WDAM-TV, in 2018.

The RSA largely doesn’t use outside managers to run its investments and the costs to administer its investments are much lower than Mississippi’s, averaging about $5 million per year.  The RSA spends about 0.24 percent, on average, on investment administrative expenses, the least among its Southeastern neighbors.

The plan has a much higher estimated rate of return than Mississippi’s at eight percent.  PERS once had a similar expectation, but its governing board has lowered that standard twice.

The RSA has three separate plans under its stewardship — one for teachers, one for state employees and the other for judges — and the combined investment income on the plans has averaged about $1.5 billion per year over the past decade.

According to data from the Pew Research Center, Alabama’s pension system isn’t in the best of shape, considering it has a 67 percent funding ratio, not much better than Mississippi’s.

Arkansas is the closest match to Mississippi in terms of population (both states hover around three million people), but its pension fund is in much better shape.  The Arkansas Public Employees Retirement System is much better shape financially, according to its latest financial report, with a funding ratio of 79 percent.

The plan also assumes an annual rate of return on its investments of 7.15 percent, lower than Mississippi’s (7.75 percent).  Arkansas pays its money managers about $27 million, on average, over the last decade.

The Arkansas pension system has averaged over the last decade an annualized return of 5.96 percent.

Tennessee also has a smaller expected rate of return, 7.25 percent, than Mississippi. Like Arkansas, the Tennessee pension system is in much better shape than PERS of Mississippi.  The three parts of the pension system — state employees, K-12 teachers and county and municipal employees — are at 88.88 percent, 101.8 percent and 99.61 percent respectively.

Tennessee spends a lower percentage of its investment returns on paying its money managers than either Mississippi or Arkansas.

Comparing PERS of Mississippi with three of its neighbors, the state’s rate of return on its investments compares favorably, but the amount paid to the plan’s money managers has been on the increase over the decade.

The PERS board should examine what Tennessee’s system is doing, considering that their rates of return are similar with a smaller cut paid to the investment managers who helped grow the plan’s investments.

There’s also the matter of going internal with the plan’s investments and utilizing conventional index funds as suggested by the study from North Carolina State University.  Doing so might help the plan’s finances by keeping more of the returns in the system.