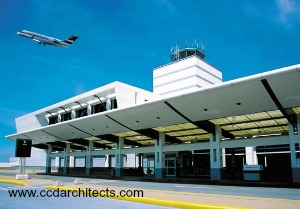 In 87 years of operations, Jackson’s airports have never suffered a hi-jacking, but that streak may be about to end.  The state legislature is considering a bill that would create a new airport board appointed by the governor.  If passed it would effectively take control of the Jackson International Airport (JAN) away from the current Airport 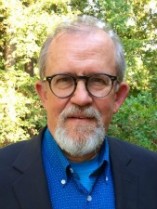 Commission which is appointed by the mayor of Jackson and confirmed by the Jackson City Council.

This came as a big surprise to members of the Jackson City Council who, prior to the news, had received no notice from the legislature of concerns or specific problems with the airport or its operations.

Proponents of the bill cite three issues – cheaper air fares available in markets like New Orleans, the desire to revitalize economic development around the airport and lastly the lack of aviation experience by the current commission’s members.

To fully appreciate these issues it is helpful to understand how the airline industry has evolved over the years.  In its early days, the airline industry was heavily regulated.  That changed in 1978 when Alfred Kahn at the FAA deregulated the industry.  Investment capital flooded into the industry spawning 52 new airlines offering a wide variety of routes, schedules and fares.  What followed was years and years of hammer and tong – dog eat dog competition.

By the late 90’s the skies had turned turbulent for airlines and their investors with record failures, reorganizations and bankruptcies.  Before it was over every major carrier except Southwest had gone through bankruptcy and the total losses for the industry as a whole exceeded all the profits made since the industry’s inception in the 1930s.  It was only due to ever more investment inflows that airlines remained around to serve the flying public. Wall Street joked that the airline industry was where capital went to die.

But those days are gone.  Over the past decade the industry has undergone massive consolidation. Delta merged with Northwest, United merged with Continental, Southwest merged with AirTran and American merged with U.S. Air. 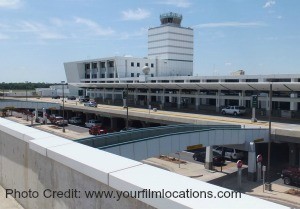 The result was four major carriers and a more oligopoly type market place.  Major carriers now more focused on profitability than market share battles.  This means optimizing their newly merged networks for fuller flights and maximizing the efficiency of their capital equipment (airplanes) – the big drivers of profits.  Airlines are operating more and more like railroads in the sky.

Unfortunately the newly optimized networks has meant fewer flights to many airports across the country.  For example from 2011 through 2014 (the latest FAA data available) Cincinnati saw total passenger enplanements drop by 16%, Birmingham dropped by 9%, Jacksonville, FL dropped by 4%, Memphis dropped by 58% and Jackson, MS dropped by 12.6%. Some cities have had to shutter entire wings of recently expanded airports.  It was unfortunate that Southwest left Jackson in 2014, but it had nothing to do with Jackson’s Airport Commission.

Regarding economic development around the airport – those responsibilities are best left to entrepreneurs investing their own capital.

Regarding the lack of aviation experience on the commission.  The simple and straightforward way to address this concern is by amending the 2013 Mississippi Code Title 61 – Aviation Chapter 3 that covers airport authorities.

Some more history – Southwest’s entry in the Jackson market in 1997 came about because of a team effort of civic and government leaders – Jimmy Heidel, Dirk Vanderleest, Duane O’Neill, Kirk Fordice and Trent Lott to name a few.  It was a win-win-win for the City, the metro area and the State.  It grew the economic pie for everyone.  The current proposed bill offers no such effort.  While the bills details are not yet available it appears to be just an attempt to re-slice the current pie.