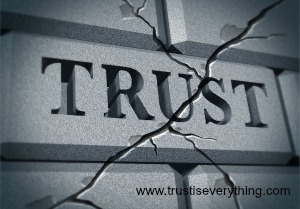 What do Apple vs the FBI and taxpayers vs the Mississippi Development Authority have in common?   Both are consequences of earned mistrust.

The FBI wants Apple to tell it how to look inside a terrorist’s iPhone for national security reasons.  The iPhone might have some names and places and links to other terrorists that could prevent other terrorist attacks. Sounds reasonable. Like something any American company or citizen should gladly do – would do as a patriotic duty.  Except you can’t trust the FBI.

Wait, you say, the FBI is an American icon.  Elliot Ness, “The Untouchables,” and all that.  Well, actually Ness 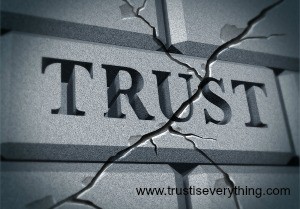 worked for the Treasury Department.  His brother-in-law worked for the FBI.  But whatever, there may have been a time when there was some law enforcement agency that was “untouchable.”  There may still be some. But they don’t get the benefit of the doubt anymore. They are all government agencies. They have earned our mistrust.

So Apple’s logical concern is: how do I know you (FBI) will only use the information for the intended purpose this one time?  And Apple’s customers may be thinking: you don’t know that, you can’t know that.

That’s the consequence of “if you like your doctor, you can keep him” and other lies.  That’s the consequence of “laws are for little people” or for not so little people like an army general who violates security, but not for a presidential candidate with worse violations.  That may be why people who mistrust government are staunch supporters of freedom of the press and the right of citizens to bear arms.

Mississippi Development Authority. Which brings us to the MDA. It recently sprinkled economic holy water over the Continental Tire plant deal and its $528 million (or whatever it is) in state incentives passed by the legislature. Is it a good deal for taxpayers? The Northside Sun and others asked this logical question and more detailed questions about the MDA’s numbers and methodology. The answers so far have not been reassuring.

But hey, what’s new about the MDA? It has earned our mistrust. It has frequently had help from a popular governor. It’s hard to tell if the MDA is speaking for itself or if it’s the dummy for a popular governor ventriloquist.  A tell (clue) is that the MDA never says the popular governor’s idea is a bad idea. That may be because the governor is the boss of the MDA. Not surprisingly, they tend to see eye-to-eye.

But wait, the MDA had said not to worry, it’s a loan, not a grant.  If it doesn’t work, taxpayers will get their money back. Good luck with that. How do you get money from an insolvent shell corporation? You don’t. The state hasn’t. Why wasn’t there a corporate guarantee from the parent? Err, what’s that? Err, that might look like we don’t trust the promoter who’s tight with the popular governor. Err, let’s talk about jobs.

But the MDA has learned. It reportedly has “claw backs” in place if the tire plant doesn’t work out. It apparently has learned how to claw back money from a corpse even though it can’t collect a loan from a corpse.

The legislature. And what has the legislature learned? Legislators whine about hot box deals with deadlines that don’t give them enough time to vet the deal. But except for a handful of no votes, they all voted for the tire deal.  Same whining and rubber stamp votes about the Base Load Act that makes customers pay for power plants before they are built and for the Billion Dollar Bond Bill that makes customers liable for Mississippi Power’s Kemper debt. And about KIOR and so on.

So, is the state legislature a third branch of government?  Or does the executive branch run things at the state level too – not with executive orders, but with compliant legislators. Hey, what’s this checks and balances stuff? If I’m a legislator and know the speaker and the lieutenant governor are tight with the governor and are in on the deal, and if I want a good committee assignment, I better not make waves. I would have to be pretty stupid or pretty ballsy or not care about my legislative career if I’m a house member and vote against a plant that’s going in the speaker’s back yard.

Speaking of ballsy, have you noticed the presidential primaries? It looks like a dog fight on the Republican side and two cats in a sack on the Democrat side.  Anything goes. Not a place for the politically correct. Establishment get-along-go-along types don’t get no respect. Seems voters don’t think they’ve earned it. Voters are restive.

Voters here aren’t that restive about state government yet. Or sweetheart deals. Or lies. But some are attentive and curious.

Lies. Speaking of lies. Mississippi Watchdog reported this week that a former Kemper project manager, turned whistle blower, says Mississippi Power and its parent’s executives lied to the SEC about Kemper’s gasifier problems and to the Public Service Commission in 2012 when the project was up for recertification.  (Also see Bigger Pie’s “The Old Quarterback’s Resume” February 2015.) Maybe the PSC will finally get curious too and ask the project manager and the executives to testify.

If something can’t go on forever, it won’t – even in Mississippi.