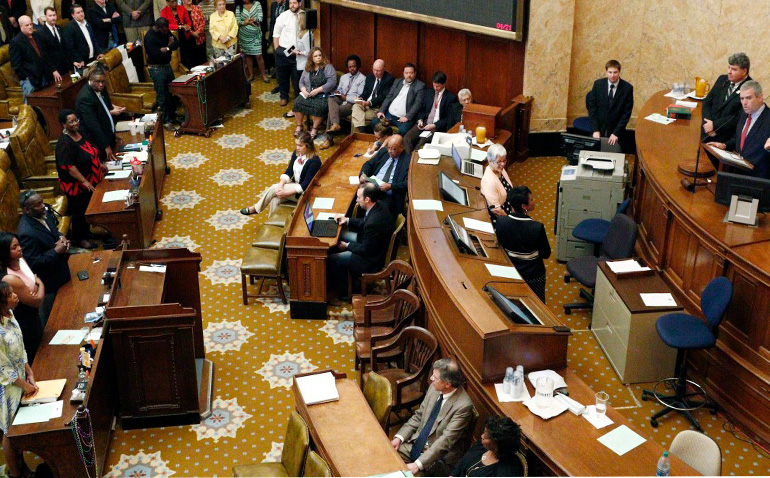 Every January, Mississippi’s citizen legislators return to the Capitol to pass the collection of appropriations bills that form the budget and introduce general bills. Only a few of the 2,651 bills introduced this year will survive the process to make it to Gov. Phil Bryant’s desk by the time the session ends in April.

What many people don’t know is that individual legislators have no staff and are dependent on an army of lobbyists to inform them about particular bills and appropriations. That’s one of the reasons why so few bills survive the process.

In last year’s session, 2,854 bills were introduced and only 314 became law. Many of these bills are often repetitive (often bills have a companion in either the originating chamber or on the other side of the capitol) or others are just plain bad. Legislative leaders such as the lieutenant governor, speaker of the house and committee chairmen have to pick a tight agenda of bills to pass in order to finish the session by April.

The system gives leadership enormous power to wield over members who can’t read every line on every bill submitted and have to trust the leadership on which way to vote on a particular measure.

Finding a solution would be difficult.

Hiring staff to pool between a few legislators might alleviate some of the power advantage held by lobbyists and legislative leadership, but would be costly to taxpayers.

However, having the Legislature take up general bills every other session might reduce some of the bill-reading workload for legislators and allow them more time for them to craft general bills.

Four state legislatures – Montana, Nevada, North Dakota and Texas – meet biannually.  If Mississippi just took up general bills every other session, that would be a start.  There’s no reason why this small step toward better governance shouldn’t become a reality.