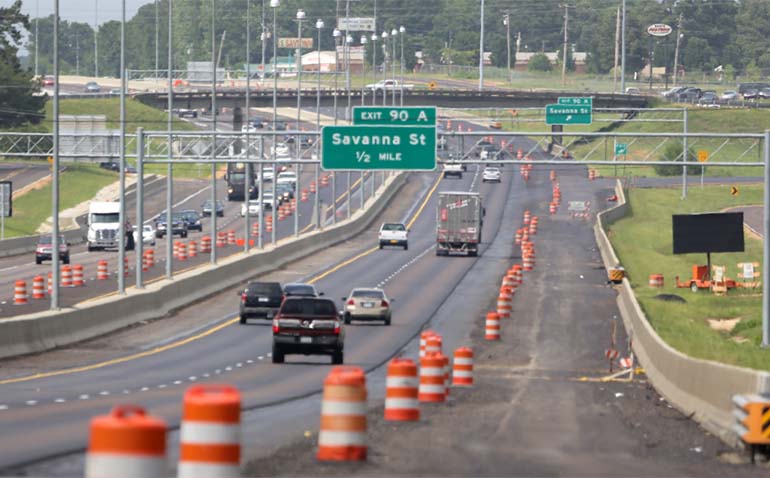 Gov. Phil Bryant is planning a special session for August 23 to deal with infrastructure funding and money from the BP settlement.

The fact the governor will call the Legislature back into session likely means a compromise has been reached by Lt. Gov. Tate Reeves and House Speaker Philip Gunn on how to increase the funding for the state’s infrastructure needs.

How much these needs are is up for debate. In 2015, the Mississippi Economic Council, a lobbying group with members from most of the state’s business community, issued a report co-written with Mississippi State University researchers that said the state needs $300 million annually in new highway spending for state roads and $75 million each year for counties and municipalities.

The Mississippi Department of Transportation says it needs an additional $575 million to get the state’s highways back up to spec.

According to the libertarian Reason Foundation’s annual highway report, the state’s interstates rank 11th best nationally for highway performance and cost-effectiveness. The state spends the fourth-highest amount nationally in maintenance. The state is also ranked 19th in terms of the number of deficient bridges.

There are several proposals that are on the table, including a tax swap proposal from the House that would reduce the state’s income tax while increasing the gasoline tax by an equivalent amount. A Senate proposal that was blasted by MDOT Central District Transportation Commissioner Dick Hall at a speech at the Neshoba County Fair would’ve used some use tax revenue and bond money to help pay for infrastructure needs.

There’s been talk of diverting use tax revenue and new revenue from sports gaming for the infrastructure project. Neither of these will even come close to what the MEC and MDOT say needs to be spent on roads and bridges.

Whatever the Legislature adopts, it will likely be only a temporary measure since a special session will likely only take a day or so. The Legislature will have little appetite to pursue a more permanent solution in its next scheduled session thanks to an upcoming election year.

Whatever the solution is, the Legislature needs to carefully examine how much money is required for both state and county-owned roads and bridges to be brought up to federal standards of safety and efficiency and plan accordingly. Policymakers need to balance the needs of the state’s infrastructure against possible damage to the economy from any ill-considered tax increases. Also, cities and counties need to be helped as part of any proposal.