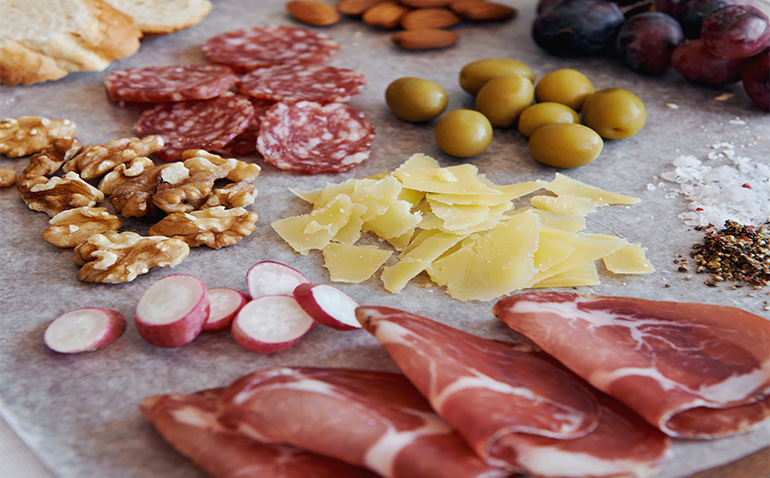 “It ain’t what you don’t know that gets you into trouble. It’s what you know for sure that just ain’t so.” The Big Short, a movie based on the Michael Lewis book about the sub-prime meltdown, opens with this quote.  And attributes it to Mark Twain.  It sounds like Mark Twain.  He could have said it or written it.  But it appears he didn’t.  No record of it anyway.

They have been telling us that high carbohydrate-low fat diets are good for us, especially our hearts.  They have pushed their “knowledge” on us with dietary guidelines, official food pyramids, and relentless PR campaigns that oversimplify the complex.  Meantime life expectancy falls, and obesity and related diseases (e.g., diabetes) rise. The Center for Disease Control reported this week that over 100 million U.S. adults now have diabetes or pre-diabetes.  And health care costs explode

Nina Teicholz exposed the cooked studies and inconclusive evidence behind the nannies’ “knowledge” in her “The Big Fat Surprise” published in 2014.  And the harmful side effects of the high carb low fat diet orthodoxy.  And the dangers of ignoring the dictum: “First, do no harm.”

The study reports: “High carbohydrate intake was associated with higher total risk of total mortality, whereas total fat and individual types of fat were related to lower total mortality.  Total fat and types of fat were not associated with cardiovascular disease, myocardial infarction, or cardiovascular disease mortality, whereas saturated fat had an inverse association with stroke. Global dietary guidelines should be reconsidered in light of these findings.”  In other words, the nannies have it wrong.

The study is full of academic, technical, and medical jargon.  So I asked Dr. Earl Fyke, my long time cardiologist, to review it and comment.  I wanted to be sure I didn’t misstate its conclusions.  Earl is an engineer and an academic too. So he can talk jargon and translate it.  Here are some of his comments.

There are things we know for sure today that ain’t so. Thankfully, medicine is relentlessly self-correcting even though it may take a while. There is no better way to make a name for oneself than to debunk a widely-held myth.  Academic careers are made here.

Our understanding of diet and disease is a work in progress.  Real experts are cautious and tentative in their conclusions.  Unfortunately, medical nannies aren’t.  Their public policy statements and soundbite guidelines convey a false sense that someone, somewhere, who is really, really smart, has a simple final answer.  We should not be so naive.

The “American Immortal” mindset wants that simple answer.  Some patients want me to tell them what to eat, what supplements to take, how much to weigh, how much to exercise, and what else to do or not to do (don’t smoke) to have a healthy heart and live to be 95.  Some get angry when they do the “right” things and still get sick.  Sometimes that big fat guy eating a cheeseburger and fries and smoking a Camel outlives you and has clean coronaries. Go figure.

Remember, studies like this are what they are: large population studies. That may make them predictive of outcomes in, well, large populations. The investigators cannot control for every genetic variant, habit, etc. in that population. (If you control for EVERYTHING, you have a group of 1 unique individual and no study).

You can’t use the conclusions from such large population studies to say anything to an individual about how long he/she may live or not live, or whether she/he will or will not have a heart attack. You can tell them where they lie on some risk scale, and maybe how to reduce their risk, but never what will happen to them personally.

I do think this study is important.  It questions the conventional orthodoxy that there is a simple relationship between diet and risk of heart disease. It does not undo or even call into question everything we know.  And the authors are appropriately cautious about their own conclusions.

None of this is to say that a prudent diet and a healthy weight are unimportant. It’s just that there’s a lot we still don’t understand.  Cardiovascular risk assessment and risk modification are evolving.  So we should be humble and remember Osler’s observation that dogmatism is closely associated with superficial knowledge in medicine.

Sir William Osler (1849-1919), a founding professor of Johns Hopkins Hospital, is often described as the Father of Modern Medicine.  He was a prolific writer and renowned practical joker.  Here are two more of his observations on point.

“Medicine is a science of uncertainty and an art of probability.”

“The philosophies of one age have become the absurdities of the next, and the foolishness of yesterday has become the wisdom of tomorrow.”

To put Earl’s and Sir William’s observations in the vernacular:  Take advice from medical nannies with a heathy grain of unhealthy salt.