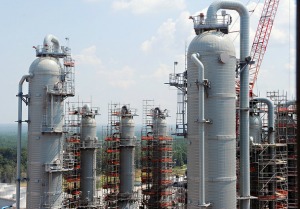 What should be done with the Kemper Plant?

The Clarion-Ledger invited Kelley Williams and Patrick Sullivan to provide their thoughts on this week’s Point/Counterpoint question.

It’s still a good idea. Bad news for Mississippi Power. Good news for its customers. The Mississippi Public Service Commission met recently to implement the Mississippi Supreme Court’s orders issued six months ago to rescind the 18 percent rate increase and refund the $350 million the company illegally collected for its Kemper lignite project. It looks like 156,000 residential customers could get checks for $500-$600 or more in time for Christmas. Prospects for the company’s substitute 40 percent rate increase don’t look good. That’s because prospects for the company’s $5.2 billion experimental Kemper gasifier don’t look good either. But there is the possibility of a smaller rate increase for Kemper’s combined cycle gas turbines already generating electricity on natural gas.

While the cost overruns at Kemper are concerning, the plant generally should be expected to cost far more to build than a plant using natural gas. Economically, coal and nuclear power plants always cost more to construct but are at a long-term advantage to natural gas because fuel costs over the life of a plant’s operation is much cheaper. Cheaper fuel cost should be expected over the operating life of Kemper (40+ years), which is a benefit to ratepayers.

Despite the cost overruns, the overall construction cost to ratepayers remains the same as the company has absorbed the extra costs — more than $2 billion — that have resulted from construction challenges. If the PSC denies rate recovery based on concerns with the overhead component being higher, it would be like a car buyer telling the dealer: Even though the price of the car is the same price you originally quoted me, I don’t want the car because I read where the manufacturing costs have increased. Therefore, I am walking away from the deal, even though the cost to me has not changed.

We estimated that electricity from the turbines on natural gas would cost 6 cents per kWh. This assumed $800 million for the turbines and $3.76 per mmbtu for natural gas. We estimated electricity from the turbines on synthesis gas from lignite would cost 30 cents per kWh assuming $3.3 billion from the gasifier after write-offs. So the turbines on natural gas vs. synthesis gas would save retail customers more than $2.5 billion over the first 10 years. That savings is even greater now. We continue to think there are substantial operating risks and that the gasifier may never achieve economic commercial operation. It may never operate on a reliable consistent basis at all — regardless of cost.

What do you think?