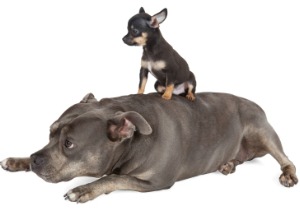 There I was writing about Mississippi Power’s Kemper problems when Entergy’s VP Public Affairs called me out in a letter to the editor.   Seems I haven’t extolled Entergy’s virtues, have over stated utility monopolies’ edge, have dissed Grand Gulf, have criticized legislation that lets utilities make speculative “build it and they will come” investments in vacant industrial parks,  and have insinuated that utilities get favorable treatment from regulators because of lobbying and campaign contributions.    I think I struck a nerve.

His comments about lobbying and campaign contributions may be a clue.  According to Entergy’s web site, “Arledge (aka Arledgem) is responsible for managing relationships between Entergy Mississippi and the state’s elected leadership.” This would seem to have something to do with lobbyists.  Entergy’s lobbyists are very effective, maybe the most effective legislative influence in the state.  I am glad to give Entergy credit where due.  It does an excellent job managing elected officials despite the constraint he noted of not being able to make campaign contributions in Entergy’s name.  Someone has explained to members of trade associations (e.g., Mississippi Economic Council, Mississippi Manufactures Association, etc.) that they are not constrained.  Maybe he has.  One of his jobs is “… to promote the company’s position on issues to state associations …” 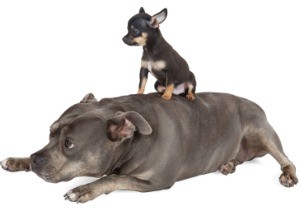 Chihuahua rescue.   It’s like a chihuahua saving a pit bull.  I didn’t even know Entergy had a dog in the Kemper fight.  But I guess if questions threaten or embarrass one utility, it rubs off on others.  Pack instinct?   Domino theory?   Actually, I don’t have much of a beef (no pun) with Entergy.  Its rates are lower than Mississippi Power’s.  It has made some well timed cheap purchases of gas turbine generating capacity that will help keep its rates down.  It has cut costs by buying cheap electricity as a new member of MISO’s regional grid.  I didn’t “conveniently miss” Entergy’s involvement in MISO.   I didn’t write about it because I have been writing about Mississippi Power’s problems, not Entergy’s virtues.  Anyway, that seems to be Mr. Arledge’s job.

I have questioned Mississippi Power’s motive and judgement in opting to build Kemper’s big expensive experimental gasifier in addition to and instead of a cheap proved natural gas fired combined cycle turbine plant.  I have observed that Mississippi Power gets a pre tax return (now 15.6%) on its prudent investments.  Thus, the greater its investment, the greater its profits.   This is both incentive and motive.  It tends to influence management’s judgement.

Not Saints.  Management naturally tries to persuade regulators that its judgement is sound.   Mississippi Power’s management did this in an ex parte meeting with regulators about contested issues.  (Mr. Arledge says that doesn’t happen.)  That caused the Supreme Court to throw out the “settlement agreement” favoring the company at customer’s expense.   Sorry to have to break it to Mr. Arledge, but sometimes people cheat.  Even utility executives.   Sometimes their contractors, law firms, consultants, and so on make political contributions.  Sometimes these go to regulators.   Mississippi Power reports it has paid $1.4 billion to 524 Mississippi companies for work on Kemper.  I wouldn’t be shocked if some of that money showed up in campaign contributions to regulators who agree with management’s judgement about Kemper.  I wouldn’t be shocked if Mississippi Power suggested it.

There is some hair-splitting criticism of my use of “guaranteed returns” vs “allowed returns” and my interchangeable use of “monopolies and regulated monopolies.”   The theoretical points seem to be that utilities aren’t really monopolies because they are regulated and that regulated monopolies may not achieve their allowed returns.   The reality is they have no competition, and they really have to mess up for regulators to deny them rates that yield the allowed return.  That may be about to happen in the case of Kemper, however.   It could be the first time ever.

Memories fade.  I did question Grand Gulf as an all time great deal for customers.   I did not do it to besmirch the sainted icon but to question the former governor’s revisionist history and  rationalization that Kemper is good because it’s another Grand Gulf in the making.   The best thing about Grand Gulf is that it happened 30 years ago.   Its assets have depreciated, but rates today still include a 17% increase for it.   Many of its original customers whose rates jumped 60% in the interim are dead, have moved, or have forgotten.  Memories about two PSC commissioners who went to prison over it have faded too.  In this case, it looks like the past is dead.

As noted, I have not praised Entergy for its “forward looking” utility-scale solar projects either.   Again, that seems to be Mr. Arledge’s job.  Besides, I don’t think they are a good idea.  So if I had written about them, he wouldn’t have liked what I had to say.  They strike me as variations on Kior’s pine chips to diesel boondoggle and other expensive wishful thinking renewable energy projects.   They are another “first ever” project in Mississippi.  Many of these have not turned out as advertised.   One thing in Entergy’s favor, though, is that they are small “test” projects.   This suggests a look before you leap approach that’s missing in Kemper.   But if they are in the rate base, it’s another experiment that customers pay for.  Wouldn’t you think we’ve had enough of those?

Finally, I don’t denigrate the thousands of rank and file utility employees in the state.  I appreciate them.  They do good work, keep things running, are quick to volunteer for community service, and are good neighbors.  I have said this.  Some are friends for whom I have great respect.  I wish I had the same respect for all their leaders.  But some don’t deserve it.   Their employees deserve better.   Customers do too.