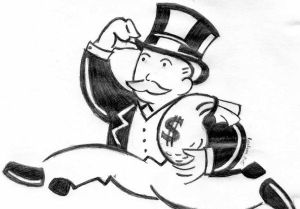 There’s a new study out, under the imprimatur of the Energy Institute of the Haas School of Business in Berkeley, California, entitled The Distributional Effects of U.S. Clean Energy Tax Credits.  As the title implies, it looks at who actually profited from the various “green energy” tax credits across the United States. SPOILER ALERT! It wasn’t the poor folks. 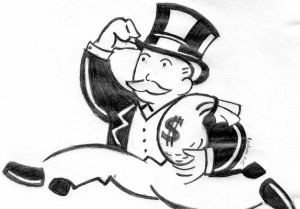 How much money are we talking about? Well, the paper says that from 2006 to 2012, the taxpayers have been on the hook for $18 BILLION DOLLARS to fund these subsidies, money that would have otherwise gone into the General Fund.

And just how much money is eighteen billion dollars? Here’s one way to think about eighteen gigabucks, regarding safe, clean drinking water.

Water Wells for Africa reports from their ongoing projects that on average it has cost them about $3.50 per person ($7,000 per well serving 2,000 people) to provide people with clean safe well water. So eighteen billion dollars is enough money to drill drinking water wells for three-quarters of the world’s 7 billion inhabitants. (Yes, I know that’s a gross simplification, some folks don’t live over a subterranean water table, and so on, but it is still enough money to drill the two and a half million wells that would be needed.)

So what did we do with this huge amount of money, enough wealth to truly change the lives of the world’s poor?

Well, following the brilliant policies pushed by the Obama Administration and the climate alarmists, we took enough taxpayer money to truly change the lives of the world’s poor folks … and instead, we gave it to the American rich folks.

No kidding! This is not a joke. This is what passes for moral activism in the liberal American universe. Throwing money at the rich is seen as striking a noble blow for POSSIBLY saving the poor from a tenth of a degree of warming by 2100.

Sadly, it’s no joke at all—the whole war on carbon has been a tragedy for the poor. In this case, the result of these misguided tax subsidies, of the type which have been pushed by climate alarmists for years, has been to create a real climate “hockeystick”. Here is the data from their paper: 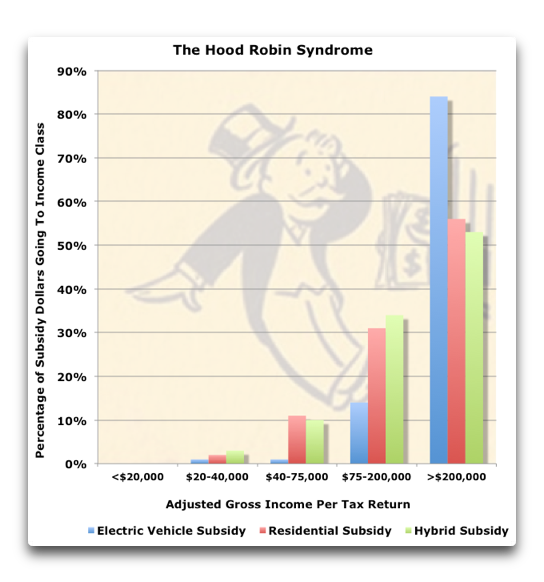 Figure 1. Distribution of benefits of the “Clean Energy Tax Credits” by the income class of the benefit recipient for the period 2006-2012. All values are percentages of the given benefit. “Residential” is subsidies for residential solar systems and weatherization. “Hybrid” are the subsidies paid to the owners of hybrids, as well as hydrogen, fuel cell and natural gas vehicles. “Electric Vehicle” is the subsidy paid to the pure electric vehicles like the Tesla, Leaf, and Volt.

Note that in all cases, the bottom half of the income scale got 4% or less of the benefits …

Look, if someone wants to fight the claimed evil menace of CO2, that’s their business.