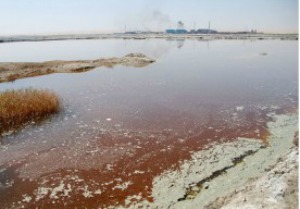 Liberals are wrongly blaming Flint’s lead poisoning crisis on austerity measures imposed on the city by a fiscally conservative Republican Governor Rick Snyder, as I wrote last week. (Snyder had appointed an emergency manager in 2011 to help the city balance its books and avoid bankruptcy.) However, I didn’t quite realize just how wrong they were. As it turns out, the debacle is the result of Snyder’s efforts to stimulate the local economy—the exact opposite of the liberal line. 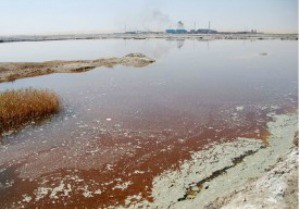 to Karengondi Water Authority (KWA). KWA was planning to build its own hugely expensive pipeline, parallel to DWSD’s, to harness water from Lake Huron and service the Genesee County area where Flint is located. This left the city in the lurch for a few years when its contract with DWSD ended but the new facility had not yet gone online, prompting it to reopen a local mothballed facility that relied on the toxic Flint River as its source (more on the rank stupidity of this decision later).

The rationale for the original decision to switch Flint’s water providers was that, in the long run, KWA would generate substantial savings for the cash-strapped city. Not only was this false but Snyder had very good reasons at that time to believe that this was false.

Documents that have just resurfaced show that the then DWSD Director Susan McCormick presented two alternatives to Emergency Manager Ed Kurtz that slashed rates for Flint by nearly 50 percent, something that made Detroit far more competitive compared to the KWA deal. “The cliff notes version,” she said in an internal e-mail to her staff, is that the “proposal offers a today rate of water for Flint/Genesee of $10.46 as compared to $20.00 paid currently per Mcf—48% less that could be realized nearly immediately and even more when compared to the increases coming with KWA.” In fact, when compared over the 30-year horizon, the DWSD proposal saves $800 million or 20% over the KWA proposal, she pointed out.

That works out to over $26 million in annual savings for a city in precarious financial shape.

So why didn’t Flint jump at the offer?

If McCormick had been corrupt and untrustworthy like her predecessor, who was indicted in the scandal involving former Mayor Kwame Kilpatrick (for, among other things, illegally steering contracts to friends and cronies), it would have been one thing. But McCormick has a stellar reputation as an administrator and was brought on board after a federal court ordered a reorganization of the DWSD to clean up its operations and ensure that it was complying with federal water regulations. (Despite opposition from the city’s powerful unions, she made a nearly 80 percent reduction in staff while improving operations, all of which ended 35 years of court oversight of the department!) In fact, she even offered the city representation on the board and a say in “facility operations and capital investment” in order to guard against unwarranted future rate hikes, removing an issue that has long been a bone of contention between Detroit and its municipal clients.

What’s more, lest one dismiss McCormick as a biased party with a fiduciary interest in pressing DWSD’s case against its competitor’s, a study commissioned by Snyder’s own treasurer from Tucker, Young, Jackson & Tull, a prestigious engineering consulting firm, confirmed that the KWA’s plan to supply Flint didn’t make any financial sense. It estimated that KWA was lowballing the project by at least $85 million. “Cost overruns and delays in completion will both negatively impact Flint’s final costs,” the report concluded.