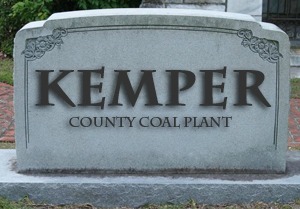 It has been an expensive few weeks for Mississippi Power (MP).  On May 20th SMEPA (South Mississippi Electric Power Association), a tentative partner in MP’s controversial Kemper Integrated Gasification Combined Cycle (IGCC) plant pulled the plug on their 15% ownership of the plant, necessitating the refund by MP of SMEPA’s $332 million down payment.  June 11th brought more cash draining news as the State Supreme Court refused MP’s
request for a rehearing of the Court’s earlier decision requiring MP to refund to rate payers $281 million from an 18% Kemper related rate increase imposed in early 2013.  To that $600 million in IOUs tack on millions more in future shortfalls of byproduct revenues from the sale of CO2.  Due to plant delays, no CO2 has been produced and 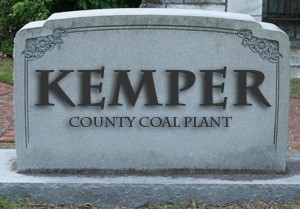 the contracts expired on May 11th.  Byproduct sales were projected to generate $50 to $100 million per year for the life of the plant.  For financially strapped Mississippi Power, these developments represent an existential crisis.

The Kemper IGCC plant was an iffy and risky proposition from its very beginning, especially for a company of MP’s modest size.  MP is the smallest service area in the Southern Company (SC) system with just 186,000 retail customers.  In 2010, when construction began, MP earned $82 million on sales of $1.1 billion.  That was just 3.7% of parent SC’s 2010 earnings.  But MP’s small size didn’t curb SC’s ambitious plan for its Mississippi affiliate – a complex and capital intensive $2.4 billion IGCC project designed to turn low grade coal into electricity.  Five years and $6 billion later, the start-up of the Kemper experiment is still a year away.

But more egregious than the IOUs and cost overruns is what MP and SC missed while they toiled away deep in the weeds of Kemper County.  While the Kemper project was piling up billions in debt the most significant energy revolution in 30 years was disrupting shale formations across the U.S. – fracking.  Wildcatters had been tinkering with hydraulic fracturing and horizontal drilling in shale for decades, but it wasn’t until 2010 and 2011 that the price of natural gas collapsed to $2 signaling to all who watched that a paradigm shift was underway.  The shale fracking paradigm continues to roil global energy markets and the world of geopolitics.  Meanwhile SC and MP, ensconced in their monopoly cocoons, trudged onward seemingly oblivious to the exploding abundance of natural gas that made Kemper’s future syngas obscenely overpriced.  By the summer of 2014 the frackers had worked their shale drilling magic on oil and once again a bonanza of abundance collapsed prices – this time it was oil falling from $100 to $50 in just six months.  In what seemed like the blink of an eye, the unimaginable had occurred – the U.S. had replaced Saudi Arabia as the world’s swing oil producer.  Still now, MP and SC trudge on at Kemper – promising electricity from lignite if only the Public Service Commission (PSC), rate payers and now the State Supreme Court would agree to pay 45% to 60% higher prices for their kilowatt hours.

By any reasonable business metric the Kemper IGCC project is a failure.  That often happens with business experiments.  Such is the nature of experiments.  It is nothing to be ashamed of provided the business recognizes the experiment’s shortcomings, admits failure, learns from it and moves on.  Such business actions are a vital and underappreciated element of a healthy and growing market economy.  Some timeless quotes on failure from revered business icons offer good counsel:  Thomas Edison, “I have not failed once.  I have just found 2,000 ways that don’t work.”  Henry Ford, “Failure is simply the opportunity to begin again, this time more intelligently.”  Steve Wozniak, “Failure is what moves you forward.  Listen to failure.”  Gordon Moore, “Failures are not something to be avoided.  You want to have them happen quickly as you can make progress rapidly.”

Running an electric utility in the 21st century should be a reasonable and stable business.  We have been producing electricity for 130 years and what business wouldn’t like a monopoly status selling something people can’t live without?  But imprudent business decisions, dismal execution and an unwillingness to adapt to the reality of fracking by MP and its parent, SC have put MP’s future in great jeopardy.  SC and MP’s current desire to have rate payers take responsibility for $4 billion of the $6.2 spent on the Kemper plant is outlandish and unfair to rate payers.  If accomplished it would put southeast Mississippi at an economic disadvantage for decades to come.  It is high time for Mississippi Power and Southern Company to pull the plug on Kemper and move on.