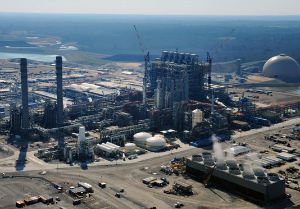 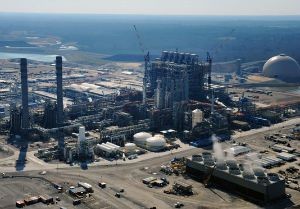 beginning Aug. 20. A residential customer who uses 1,000 kilowatt hours per month of electricity would see monthly bills rise to $144 from $121, increasing as much as bills fell after a Supreme Court-mandated rate cut last month.

The company argued it was running out of cash, could no longer borrow on its own, and could not count on its parent — Atlanta-based Southern Co. — to bail it out.

Holland said he believed Southern Co. would now infuse $200 million in equity and Mississippi Power could return to traditional lenders.

“There is a need for it because of what I call financial crisis within Mississippi Power,” Renfroe said. “Any time you face the possibility of bankruptcy, I don’t see how you can consider it to be any other thing but that.”

Northern District Commissioner Brandon Presley, a Nettleton Democrat, opposed the increase, consistent with his longtime opposition to the Kemper plant. However, Presley said he recognized the company is in financial difficulty.

The commission scheduled a Nov. 10 hearing to examine whether Mississippi Power spent more than $1 billion wisely on natural gas turbines and other the parts of its $6.2 billion Kemper County power plant already generating electricity.

The commission could make the increase permanent in December, or order the company to refund all or part of the money. Mississippi Power is posting a $50 million guarantee against possible refunds.

The rate increase won’t affect $350 million in refunds ordered by the Supreme Court after an earlier 18 percent rate increase was overturned. Customers will get bill credits unless they ask for a check.

Tom Blanton, who won the case overturning the previous increase, said he intends to renew his court fight.